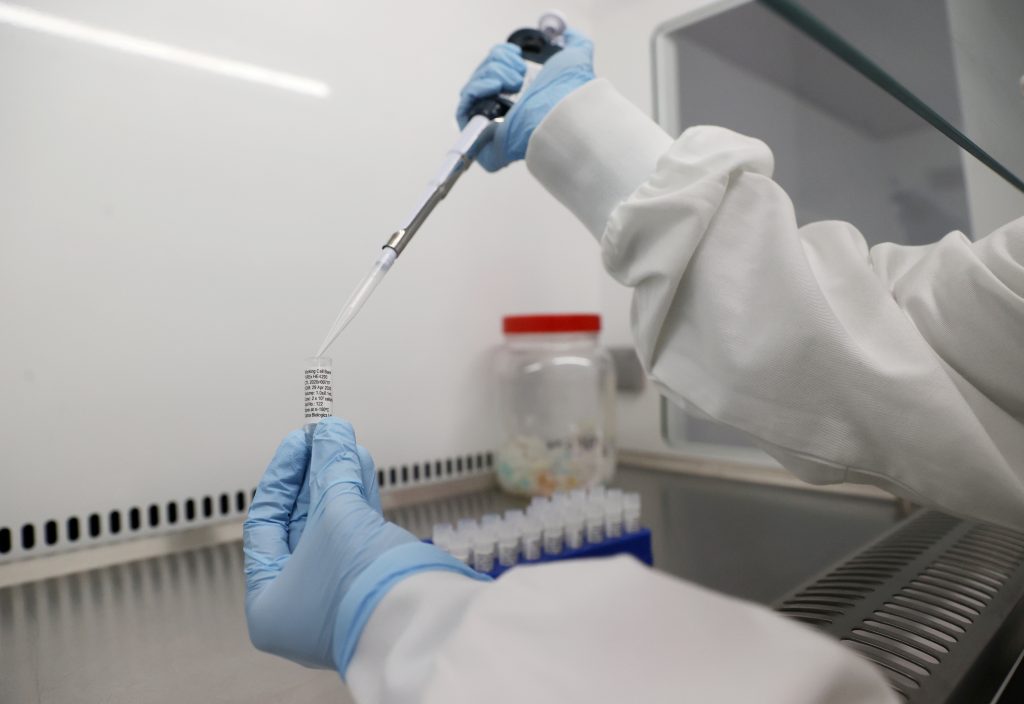 The European Commission is weighing using a $2.6 billion emergency fund to boost pharmaceutical labs’ capacity, fearing that even if a COVID-19 vaccine is developed the EU may not be able to produce enough shots, a document seen by Reuters shows.

More than 90 vaccines are currently being developed against the disease – caused by the new coronavirus – which has killed at least 290,000 people worldwide. Eight of them are in the clinical trial phase. But experts say the large-scale manufacture of a successful vaccine may be as challenging as developing one.

“As long as vaccine production capacity is limited,” the EU should devise a plan to ramp up manufacturing and initially distribute shots only to those most in need, the internal EU document says.

Health Commissioner Stella Kyriakides floated the ideas for the first time last week to European Union health ministers, who broadly supported them, according to two officials who attended their videoconference. But no decision has yet been made.

She is considering using an EU rainy-day fund, the Emergency Support Instrument (ESI), to increase vaccine production capacity in Europe and to offer liability insurance to pharmaceutical companies, according to the document.

Liability insurance would make vaccine production less risky to firms potentially exposed to very large legal costs for ineffective shots or unpredicted side effects – risks that grow when medicines are developed in a rush.

More money might also be made available for COVID-19 treatments, research and to “secure access to a portfolio of promising vaccine candidates,” the document said.

Nearly 2.4 billion euros ($2.6 billion) are currently available in the ESI fund, which the commission describes as the EU financing arm against the pandemic. Some 300 million euros from its initial budget have already been spent on face masks and to boost health-care capacity.

“The commission is studying how to better use the Emergency Support Instrument to make a vaccine available to all EU citizens,” a spokesman for the EU executive told Reuters.

He said that could complement other funds, including loans from the European Investment Bank. “But it is not decided yet how we are going to use the funds,” he added.

The EU in March also began to set aside 380 million euros to build a stockpile of medical equipment, medicines and vaccines.

The head of French pharmaceutical giant Sanofi, which is also a global leader in vaccine making, warned the EU in April that in the current pandemic the manufacturing of vaccines posed more challenges than their actual development.

“There is less concern about finding a successful vaccine than there is about making the volumes needed,” Paul Hudson said.

Estimating production capacity needs is hard, because nobody yet knows the composition of a potential COVID-19 shot or how many doses would be needed per person.

But since vaccine production is limited, most states in the 27-nation bloc agree that a potential COVID-19 shot should initially be made available only to the elderly and other groups most vulnerable to the disease, officials said. Medics and nurses would also be on the priority list.

A sudden surge in vaccine demand caused by the development of a COVID-19 shot could put labs under extreme strain and also reduce the availability of other vaccines that are regularly needed to immunize people against the seasonal flu or childhood diseases such as measles or rota virus.

At a meeting last week, EU health experts discussed joining forces to buy flu shots before the next influenza season, “which is even more important due to the ongoing COVID-19 pandemic,” according to public minutes.

Discussions over joint procurement schemes for vaccines highlight the EU’s anxiety over its limited access to vital medical supplies, and the risk that EU states might otherwise bid against each other for access.

Many countries experienced shortages of medical equipment, devices and drugs to treat COVID-19 patients in March and April, and the EU fears shortages could occur again when a COVID-19 vaccine is available, especially if it is developed elsewhere.

The United States and China have been wary of supporting a global funding campaign promoted by the EU which raised $8 billion to research, manufacture and distribute a possible vaccine and treatments for COVID-19 in earlier in May.