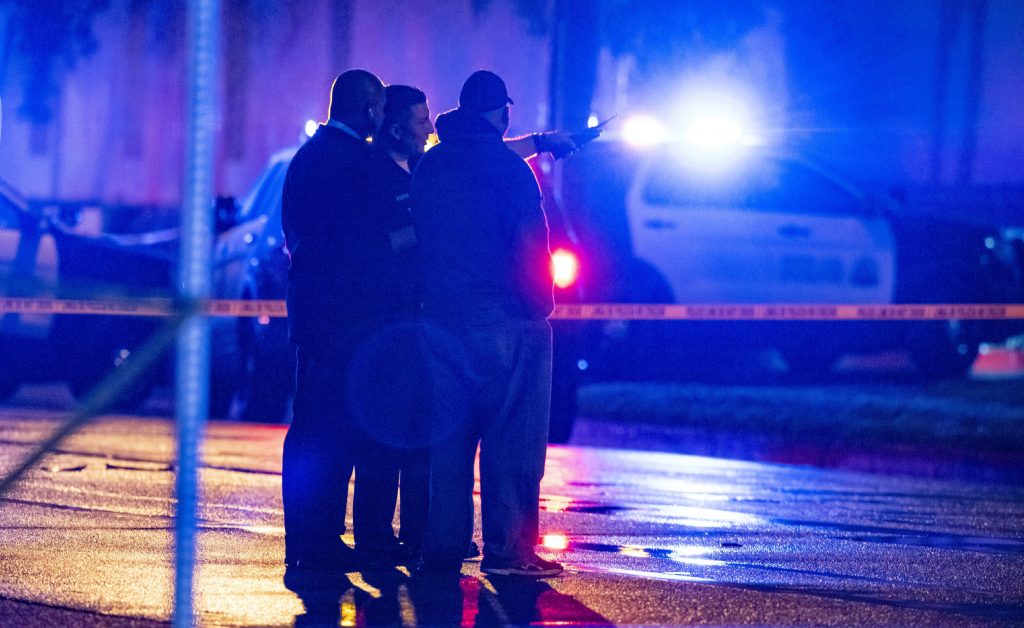 Cold cases are getting colder. Detectives are struggling to connect with victims through thick masks, and investigators accustomed to wearing plainclothes are digging out their dusty uniforms for patrol duty as the coronavirus pandemic rages.

Police departments nationwide are grappling with changes the virus has wrought on their investigations, even as law enforcement agencies report major decreases in crime due to stay-at-home orders. Authorities say enough wrongdoing abounds to keep police busy, and detective work must still be in-person and hands-on, despite COVID-19. Evidence has to be collected, statements must be taken in person and death notifications need to be made face-to-face.

“You put on gloves and you put on masks and you’ve still got to go out there and do it,” said Los Angeles Police Capt. Jonathan Tippet, head of the elite Robbery-Homicide Division.

Police around the country have to put some investigations on hold as they detail detectives to help out with social distance patrols, or cover for their colleagues out sick with COVID-19.

It’s worrisome to former New York Police Department Sgt. Joe Giacalone, who is concerned about criminals across the country who will go undetected in the meantime.

“That becomes a bigger problem down the road,” said Giacalone, a former cold case detective now a professor at the John Jay College of Criminal Justice. “Investigators prevent further victimization by getting these guys off the streets.”

Despite fewer detectives in bureaus, police are finding workarounds and high-profile cases are still getting the necessary attention. For example, investigators in New York continue to delve into an unsolved Long Island serial killer case after they revealed new evidence earlier this year.

In some cases, like cyber or financial crime, interviews can be transitioned to the phone to preserve social distancing. But for others, in-person interviews are a necessity.

For traumatized children who need to be comforted, Los Angeles County sheriff’s detectives give “air hugs” and teach the kids phrases like “I love you” in sign language to overcome the impersonal nature of masks and social distancing.

“They’ll do anything they can to make these kids and these victims feel safe,” said Carlos Marquez, a detective division commander in the Los Angeles County Sheriff’s Department.

Detectives elsewhere have been forced to investigate crimes that are outside their normal specialties. In the hardest-hit part of New Jersey, investigators in the Bergen County Prosecutor’s Office have been moved out of their individual squads into “one big detective bureau.”

That bureau is now made up of three mixed 35-person platoons, which work from home part of the time. The goal is to avoid an entire specialty squad contracting — or spreading — the virus and leaving the office without an important skill set.

“We can’t have the homicide squad coming in and out of the building left and right, infecting people,” Chief of Detectives Robert Anzilotti said.

The Bergen detectives are trying to limit extra work that would require bringing more people into headquarters. If a crime is caught on video, there’s less of a need to have a specialist analyze the perpetrator’s cellphone in a digital forensic lab as an additional step, Anzilotti said.

“We’re being more than thorough enough to make sure we sustain a conviction,” he said. “If the phone needs to get dumped, it’s getting dumped.”

The coronavirus may also be indirectly responsible for more overdose deaths, investigators say.

One of the main supply chains for the chemicals to make certain illegal substances is in Wuhan, China, the epicenter of the global outbreak. As a result, police in Suffolk County, New York, believe suppliers are cutting illegal substances with other agents to make their inventory last longer, according to Gerard Gigante, chief of detectives for the Suffolk County police.

The county’s nonfatal suspected opioid overdoses spiked 69% between March 15 and April 12, as compared to the same time last year.

In Arkansas, which does not have a stay-at-home order, Cleburne County Sheriff Chris Brown said his deputies are not responding to lower-level crimes such as theft and property damage. Instead, they’re doing interviews over the phone and asking the victims to document the incident.

“Email me the pictures and we’ll take a report for you,” he’s instructed his deputies to tell residents.

His office is still executing a couple of search warrants a week and conducting raids on suspected drug dealers’ homes but deputies are working with Cleburne health officials to make sure a target’s house has not been exposed to the virus.

“If the drug dealers haven’t slowed down,” he said, “we feel like we can’t let them run rampant.”