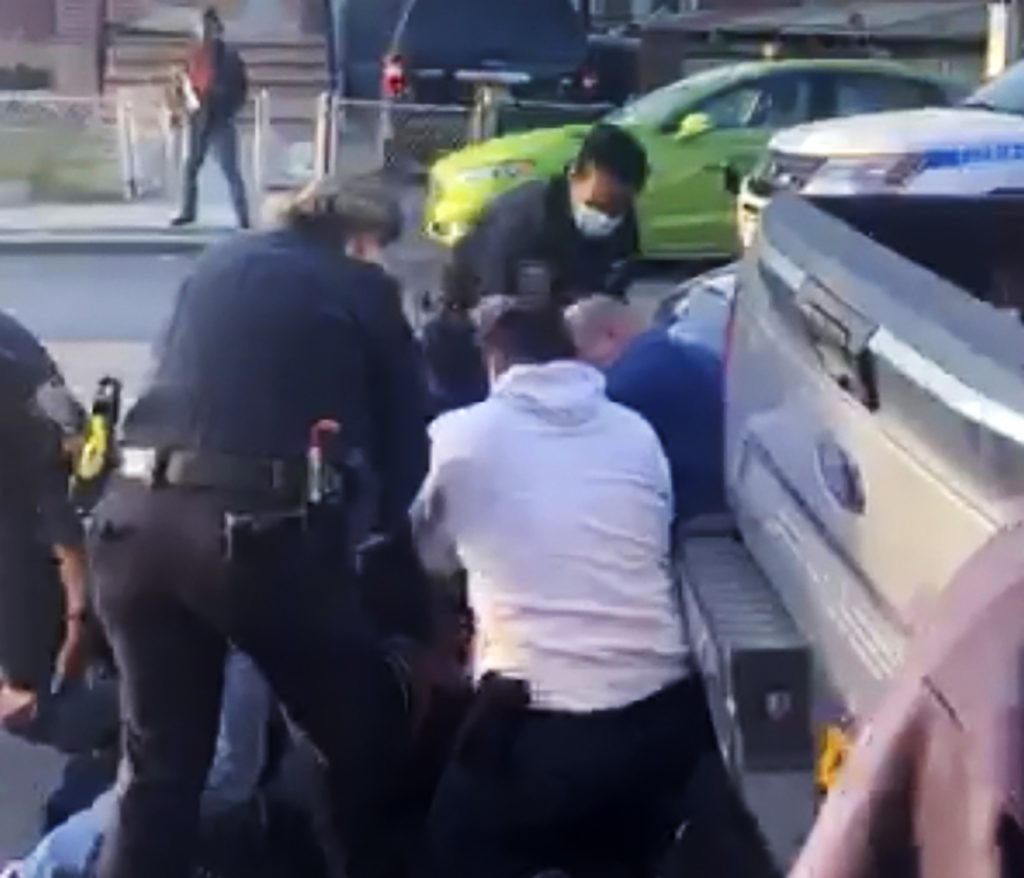 Attorney General Letitia James called to task the New York City Police Department for the department’s apparent unequal enforcement of social distancing regulations in the city, and has requested enforcement data from the NYPD. Recent reports of aggressive enforcement tactics by police in black and Hispanic neighborhoods apparently contrasts starkly with reports of police enforcement in predominantly white neighborhoods.

“The apparent unequal enforcement of social distancing policies is deeply troubling, and deepens the divide between law enforcement and the people they are tasked to protect,” said James. “It is inherently wrong to aggressively police one group of people, yet ignore another group that commits the same infraction. The NYPD must better ensure that a New Yorker’s race, color, and neighborhood does not determine how they are patrolled.”

Recent photos and video show the NYPD’s tactics used in enforcing social-distancing procedures in communities of color that have been described as forceful and often hostile. In a video taken on May 2 in the East Village, plainclothes NYPD officers — who themselves are not wearing protective masks — arrested a black man and a woman for allegedly ignoring a verbal request to disperse.

A later video shows one of the officers approaching a black bystander with his taser drawn, tackling and repeatedly punching him, dragging him onto the sidewalk, and then kneeling on his neck as he is handcuffed.

A third video, from May 3, shows NYPD officers forcefully body-slamming a man to the ground while arresting black individuals who had congregated in front of their homes in Brownsville.

In majority white communities, the tactics used by the NYPD have been the issuing of summonses and distribution of free facemasks to the thousands of social-distance violators in public parks across the city.