Israel Migratory Swifts Swoop It Up at Kosel
Israel 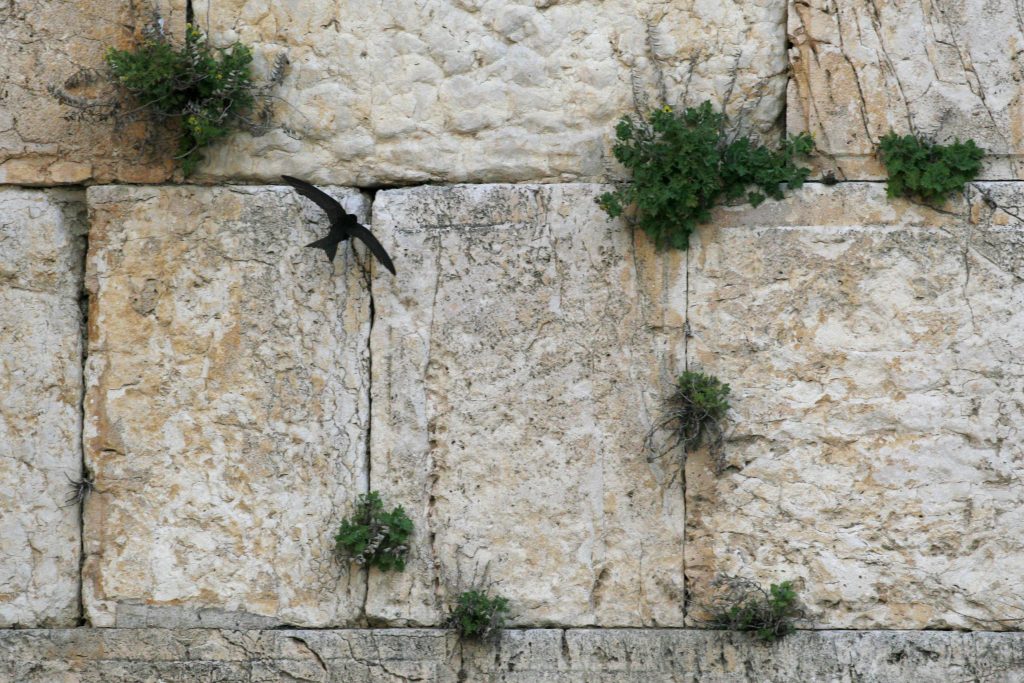 The annual visitation of migratory swifts to Yerushalayim attracted attention on Tuesday as the birds made an especially impressive display at the largely empty Kosel.

With restrictions ongoing on human visitors, the avians had a freer time than usual, circling and swooping over the plaza and finding crevices in the ancient wall for nesting.

Amir Balaban, head of the urban division at Israel’s Society for the Protection of Nature, told The Times of Israel that the Yerushalayim colony is thought to be among the oldest in the world.

“They probably nested here already in the era of King Herod, 2,000 years ago,” Balaban said. “Usually, at this time of year, when the mispallelim arrive at sunrise, you can hear the mispallelim’s voices from below and the calls of the swifts from above. It always gives me goosebumps.”

An estimated 90 pairs of birds make nests in the Kosel itself, and there are probably tens of thousands in Yerushalayim. The gishmei brachah of the winter was a brachah for these migrants too, leaving an abundance of vegetation and insects, a lush environment for the nesters.

“This is one of the most amazing sights in the world, of a mix between a heritage sight and bird-watching,” Balaban said.

Swifts spend most of their time in the air when they’re not nesting, he said. “They sleep during flight while gliding on air currents. A swift is capable of falling asleep in Jerusalem and waking up in Jordan,” Balaban said.

Yerushalayim is the northernmost point on the swifts’ migratory route to Africa each spring.