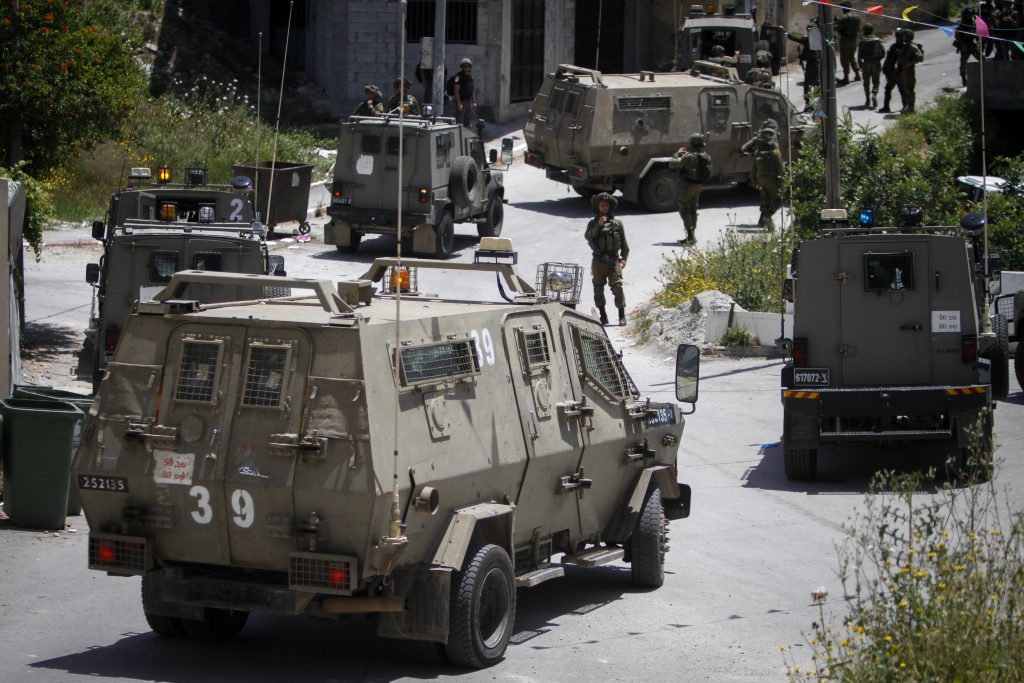 An IDF soldier was killed Tuesday morning by a terrorist who threw a rock and hit him in the head while his unit was operating to capture terrorists in the Jenin area.

He was a member of the Golani Brigade, an IDF spokesperson said.

The incident occurred while the soldier’s unit was securing an arrest operation targeting a number of wanted suspects in the Palestinian Authority-controlled town of Yabad, west of Jenin, in northern Shomron.

The soldier was identified as Amit Ben-Yigal, 21, from Ramat Gan.

He was wearing a helmet when he was hit by the rock, an initial inquiry showed. He was hit by a large rock that was dropped on him from a roof in the area he was operating.

The terrorist was not caught and the IDF has launched a manhunt to track him down.

He will be buried in Be’er Yaakov later on Tuesday.

Prime Minister Binyamin Netanyahu responded to the killing of Ben-Yigal saying that Israel’s long arm will find the terrorists responsible.