World ‘Foretaste’ of Brexit: Virus Cuts Off Much of U.K. Farm Labor
CoronavirusWorld 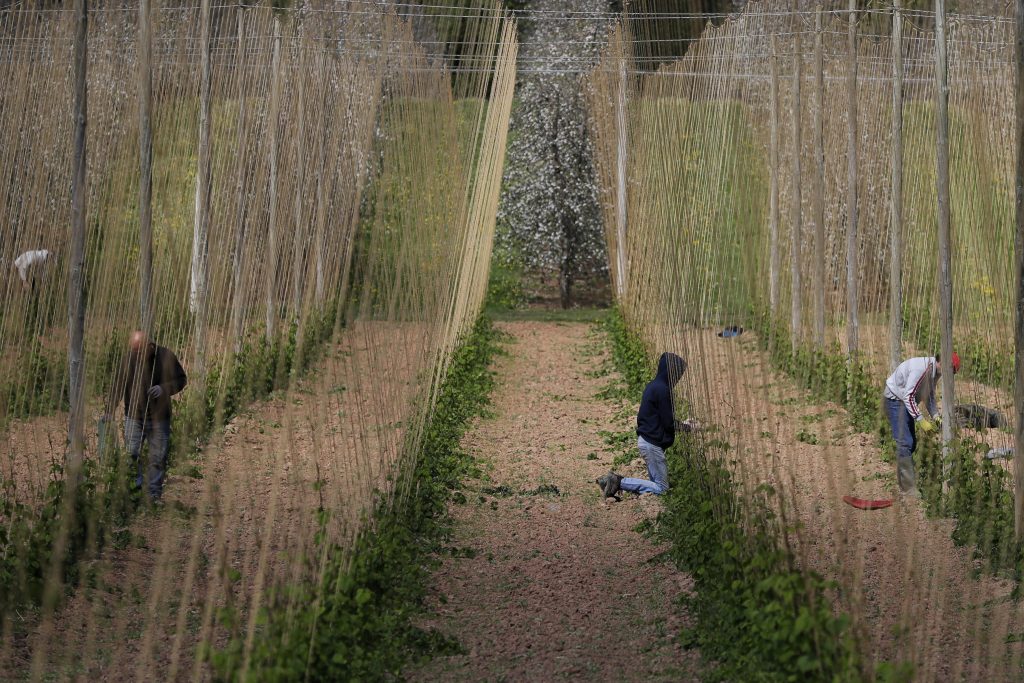 Britain’s fruit and vegetable farmers have long dreaded their country’s exit from the European Union, worrying that it would keep out the tens of thousands of Eastern European workers who come every year to pick produce.

Now, the coronavirus pandemic has brought that feared future to the present: Travel restrictions imposed to slow the virus’s spread are blocking laborers just as the harvest season for lettuces and berries begins in earnest.

In June, 1 million heads of lettuce will need to be picked in Britain every day, then trimmed and transported to supermarkets — all without bruising and before they wilt. It takes experience and a lot of hands. Without the necessary workforce, crops could be left to rot and growers may eventually decide to move some of their operations overseas, farmers warn.

“It may be a foretaste of what next year will look like,” said Jack Ward, chief executive of the British Growers Association. “Except that if the economy picks up again, we’ll get to the situation where there isn’t even the unemployment to make good the shortfall of people coming from Eastern Europe. We’ll have to move production to where the workers are.”

Britain — which grows over 50% of its vegetables and just under 20% of the fruit — is heavily reliant on seasonal farm workers from abroad. An estimated 70,000 to 90,000 people are needed between April and October each year to plant, pick and pack the produce. The overwhelming majority come from Eastern Europe, most just for the season before returning home. Britons make up just 1% of the workers.

Many of the migrants from EU states Romania, Bulgaria and Poland return year after year, and are highly valued by farmers for their skill and speed.

But with most flights grounded, only about a third of the migrant workers who would normally be in Britain are present, according to Environment Secretary George Eustice.

“Normally, we would have 12 to 16 Polish workers here in the spring. Only four of our team made it, and they arrived before lockdown,” said Ali Capper, who grows apples and hops — a key ingredient for beer — with her husband at their family farm in Worcestershire, western England. “For the harvest in September we will need about 70 people. I don’t know where they’re going to come from at the moment.”

The problem is most urgent for asparagus and lettuce farmers, whose crops are ready for harvest about now. One large salad producer, G’s Growers, resorted to booking a 40,000-pound ($49,000) charter flight to fly in 150 Romanian workers in April to pick the vegetables and help train less experienced recruits.

The company that operated that flight said it’s fielded many similar calls from other British farms desperate for labor. Since mid-April, Air Charter Service has flown in 1,200 passengers from Romania to meet the needs of farms, said Matt Purton, director of commercial jets for the company.

Britain’s government says it is acutely aware of the problem, and has expanded a temporary workers program to allow 10,000 migrants from outside the EU — mainly from Ukraine, Russia and Moldova — to work on British farms.

But air travel remains difficult and often expensive, and it’s unclear how many have arrived under that program. Even if it reached its goal, that would still leave farms tens of thousands of workers short, so the government also headed a “Pick for Britain” hiring campaign in a bid to attract Britons to farms. Officials have urged millions of people who have been furloughed or unemployed during the pandemic to help with the harvest.

Recruiters say the response from Britons has been enthusiastic, but nowhere near solving the problem.

Concordia, a leading recruiter of seasonal farm workers, says up to late April, 55,000 people applied for farm positions, but just 150 took up job offers. Many who explicitly rejected the roles cited the difficulty of traveling to the farms or the length of contracts as factors that put them off.

Capper, who is also the National Farmers’ Union spokeswoman for horticulture, stressed that while she supports hiring British workers, “anyone who suggests that as a solution long term is just not being realistic.”

“It’s hard physical work, it’s temporary, and it’s seasonal,” she said. “You have to be prepared to follow that work around the country to different crops and that really doesn’t suit people who need to pay the rent or mortgage.”

What farmers really need, she said, is clarity from the British government about its immigration plans after Dec. 31, when the current Brexit transition period ends and, with it, freedom of movement for EU citizens to Britain. Until that date, EU citizens are allowed to travel to and work in Britain without any restrictions, just as they did when the U.K. belonged to the union. But from 2021, people from the bloc seeking to work in Britain will likely need to meet the same requirements as any other immigrants.

But the rules have not yet been finalized, and that uncertainty is weighing on farmers.

Ward, of the British Growers Association, said the June lettuce harvest — when pickers need to meet high standards for a very high volume of crop — illustrates why farmers need a reliable workforce.

“You’ve got to get them trimmed, chilled, transported. When you pick one up at the retailer it’s got to be perfect,” he said. “Trying to do that with an enthusiastic but relatively inexperienced workforce is, shall we say, difficult.”

With Brexit on the horizon, these changes were always coming, but the pandemic has made growers confront them sooner — while also trying to plan for the long term.