National Fauci Responds to Paul and Other Skeptics: He’s Not Trying to Be the ‘End-All’ on Coronavirus Response
CoronavirusNational 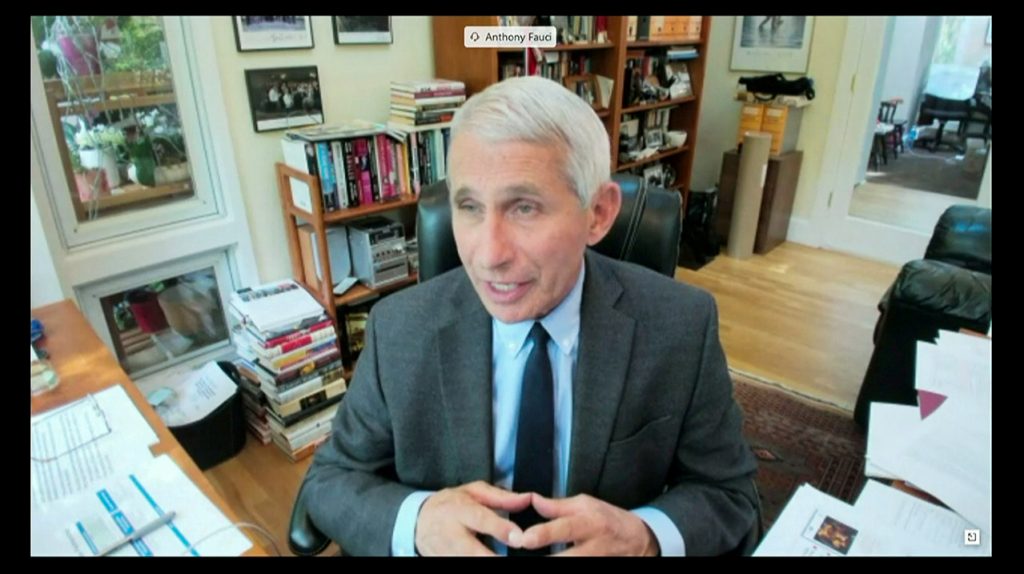 Anthony Fauci is the nation’s top infectious disease expert, and as such, he’s become the most prominent voice warning about how serious the coronavirus is. In a hearing Tuesday in the Senate, for example, he warned that states and localities opening up before their cases are on a downward trajectory could lead to spikes in the virus.

But there are some, largely on the right of the political spectrum, who conflate Fauci’s warnings about the virus with the economic and societal damage that’s resulted from the response to it. As millions of people lost their jobs this spring, a segment of the population focused their ire on Fauci, then a fixture of daily White House coronavirus task force briefings, and started a social media campaign to fire him that Trump eventually retweeted.

On Tuesday, Sen. Rand Paul, R-Ky., gave voice to those critics of Fauci. And Fauci, for really the first time so publicly, fought back. Here’s what happened.

Paul expressed what many of the protesters of stay-at-home orders have been expressing: in rural states at least, all of this shutting down seems unnecessary: “We never really reached any sort of pandemic levels in Kentucky and other states. We have less deaths in Kentucky than we have an in an average flu season.”

He indicated that as Kentucky and a majority of states begin to re-open, Fauci was going to regret such a strict initial reaction to the virus. He cited data that Sweden kept people in school and yet the mortality rate per capita is not relatively high.

“There have been more people wrong with modeling than right,” Paul said. “We’re opening up a lot of economies around the U.S. And I hope that people who are predicting doom and gloom and saying, oh, we can’t do this … going to be surge. We’ll admit that they were wrong. If there isn’t a surge, because I think that’s what’s going to happen in rural states.”

He went on: “So I think we ought to have a little bit of humility in our belief that we know what’s best for the economy. And as much as I respect you, Dr. Fauci, I don’t think you’re the end-all. I don’t think you’re the one person that gets to make a decision. We can listen to your advice, but there are people on the other side saying there’s not going to be a survey and that we can safely open the economy and the facts will bear this out.”

Paul, a physician who is the only member of the Senate to have tested positive for covid-19, used up all of his allotted time with those assessments, but Fauci was granted a few minutes to give Paul a twofold response:

Fauci hasn’t disputed reporting that in February he was among those urging President Donald Trump to prepare Americans for social distancing to mitigate the spread of the virus, which we now know was already in the country and spreading largely undetected. But his point Tuesday was that social distancing was necessary to save lives – millions, based on some models – and that’s what he advocated. It was the job of someone else (like Trump) to decide whether and when to do it, and the job of still more people (like members of Congress) to figure out how to prop up the economy as a result.

“I’m a scientist, a physician and a public health official,” Fauci said. “I give advice according to the best scientific evidence. There are a number of other people who come into that and give advice that are more related to the things that you spoke about, about the need to get the country back open again and economically.”

Second, he agreed with Paul that he’s not the be-all, end-all expert on the virus, and that’s precisely why America should be careful in re-opening schools and businesses. “I have never made myself out to be the end-all and only voice in this,” he said, adding later: “We don’t know everything about this virus. And we really better be very careful, particularly when it comes to children.”

That’s because the more and more we learn about this virus, the more there is to learn, Fauci said. “We’re seeing things about what this virus can do that we didn’t see from the studies in China or in Europe,” like a strange, potentially deadly inflammatory syndrome that some infected children are coming down with.

Later, Sen. Bill Cassidy, R-La., asked Fauci to weigh in on whether it’s fair to keep children from school for potentially another year. Fauci underscored that he’s not in the business of how to handle such a tough choice: “I don’t have an easy answer to that. I just don’t,” he said. “You have to see on a step-by-step basis as we get into a period of time in the fall about re-opening the schools.”

In an interview with reporters later, Paul said he still isn’t convinced schools should be closed and rural states like Kentucky should be keeping up social distancing. Three children in New York have died of the inflammatory syndrome linked to the virus, he said, comparing it to the flu.

He again repeated his criticism of Fauci. “I think that we shouldn’t give anyone’s words disproportionate weight,” he said. ” . . . I think that Dr. Fauci is a respected scientist. He’s not the end-all. I mean, we should take multiple opinions, and I think he’s actually overly cautious.”

Paul didn’t get much backing among his colleagues for his critical view of Fauci. Sen. Lindsey Graham, R-S.C., said after the hearing that Fauci has “earned my trust,” saying: “In terms of Dr. Fauci, I still consider him to be the gold standard.”

Fauci showed he’s fully aware of the economic and societal upheaval fighting this virus has caused, but he isn’t accepting blame for every decision about the response to it.