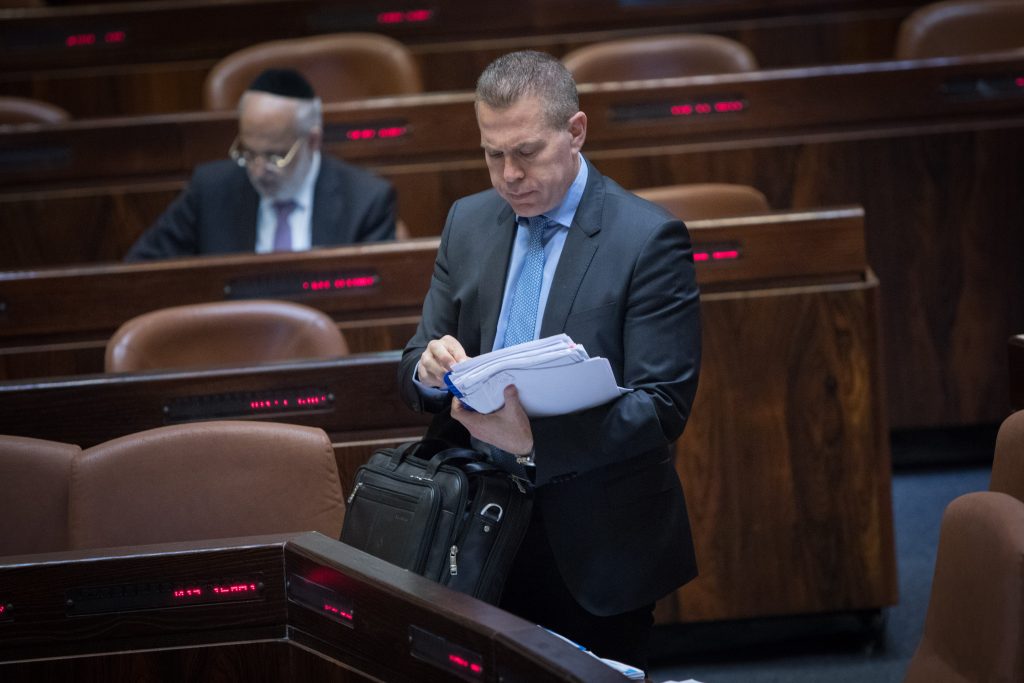 The news that Gilad Erdan was chosen as the next Ambassador to the U.N. and the U.S. was a history-maker.

The only person ever to serve the state of Israel in both posts at the same time was Abba Eban, Until now.

Israeli Prime Minister Binyamin Netanyahu‏‏’s decision to offer him the U.N. job was not surprising; Erdan had turned it down more than once in the past.

But the question being asked is: Why did he offer him the Washington post as well? Can one person really handle both?

The answer to the first question seemed obvious, at least to some of the pundits in Israel on Tuesday: Politics.

It was, according to The Times of Israel, “an act of political expediency, similar to Netanyahu’s appointment to the same post five years ago of Danny Danon, who was an equally ambitious up and coming Likud minister whom the prime minister wanted to shunt across the Atlantic.”

As The Jerusalem Post explained, “sending Erdan to Washington and New York reduces the logjam inside the Likud for ministerial positions, and gives Netanyahu an additional high profile ministry to dole out to one of his allies. Erdan is a senior minister who would have had to be given one of the Likud’s top ministries. Now that he is off to America, he is taken care of, and a senior ministerial post that would have gone to him can be given to someone else.”

As for Erdan, it appears that while the U.N. job was not sufficient to induce him to go abroad, adding Washington made the difference. Indeed, the latter position is arguably more important, helping to keep relations with Israel’s big ally on an even keel, even if it affords less media exposure.

The more important question, though, is whether he can do both effectively.

The appointment was welcomed by AIPAC. Spokesperson Marshall Wittmann told JNS, “We congratulate Minister Erdan, who brings impressive credentials to these important posts.”

“[He] is a committed public servant with deep connections to the American Jewish community,” said the Conference of Presidents of Major American Jewish Organizations in a statement. “His most recent postings provide him with extraordinary credentials for representing Israel in the diplomatic arena at the United Nations, and with Israel’s greatest friend and ally, the United States of America.”

Both were vague about Erdan’s credentials. In fact, besides his heading of Israel’s response to BDS, his ministerial career has been mostly in domestic areas: at the Environmental Protection, Communications, Home Front Protection and Interior ministries.

In 2007, Erdan was named by Or Yarok as Man of the Decade in the war against traffic accidents (he was Chairman of the Knesset Subcommittee on the War against Traffic Accidents). In 2008, he won the Green Globe award in the “Green Knesset” category for his work promoting environmental protection.

When Eban took on the double task, he was an experienced diplomat of unusual gifts, languages among them; Erdan’s diplomatic credentials are nearly nil; his Knesset bio says he speaks English, but it doesn’t say how well.

Both jobs are extremely demanding, and the responsibilities daunting: to defend Israel against relentless propaganda attacks and bolster its alliances in the international forum, and to handle the most sensitive matters of the U.S.-Israel relationship.

All hope Erdan will be up to them.