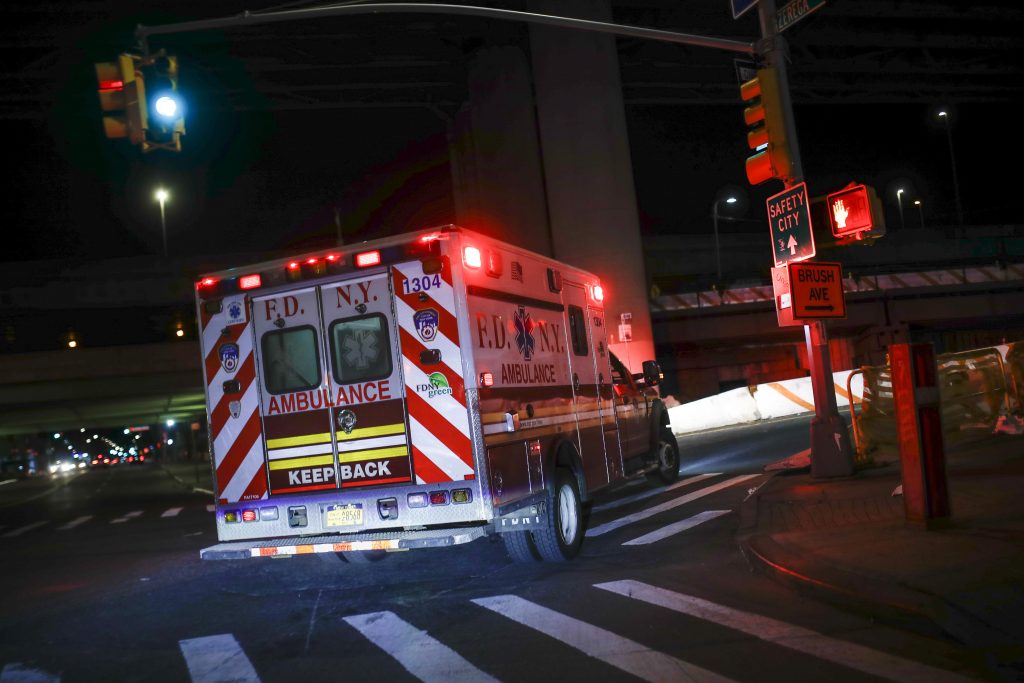 New York City’s death toll from the coronavirus may be thousands of fatalities worse than the official tally kept by the city and state, according to an analysis released Monday by the U.S. Centers for Disease Control and Prevention.

Between mid-March and early May, about 24,000 more people died in the city than researchers would ordinarily expect, based on the season, the report said.

That’s about 5,300 more deaths that had been previously attributed to the coronavirus during that time period.

These so-called “excess deaths” could have been caused by byproducts of pandemic, the report found, including “the demand on hospitals and health-care providers and public fear related to COVID-19” prompting delays in people seeking or receiving lifesaving care.

“Tracking excess mortality is important to understanding the contribution to the death rate from both COVID-19 disease and the lack of availability of care for non-COVID conditions,” the report says, adding that further investigation is required.

The report, based on data compiled by the New York City Department of Health and Mental Hygiene, underscored the challenges authorities face in assessing — and quantifying — the human toll of the crisis. Even deaths caused by the coronavirus are believed to be widely undercounted worldwide, due in large part to limits in testing and the different ways countries count the dead.

Through Sunday, New York City had recorded nearly 14,800 deaths confirmed by a lab test and another nearly 5,200 probable deaths where no test was available but doctors are sure enough to list the virus on the death certificate.

In its analysis, the report released Monday said the 5,293 excess deaths were on top of both confirmed and probable fatalities.

Deaths of people with chronic health problems like heart disease and diabetes — conditions closely associated with coronavirus mortality — “might not be recognized as being directly attributable to COVID-19,” the report found.

A man who was the second person in New York to officially be diagnosed with COVID-19 said he didn’t suspect he had the virus when he went to the emergency room, and woke up from a coma weeks later with no memory of his time in the hospital.

“So it’s as if three weeks of my life had completely disappeared, and I was asleep for all of it,” Lawrence Garbuz, a lawyer from New Rochelle, said on NBC Monday in his first TV interview.

Garbuz, 50, was the first New Yorker to be publicly identified as having contracted the virus without having traveled internationally, and his case quickly became linked with an outbreak in New Rochelle that prompted the governor to shut schools and houses of worship in the small city.

All of those restrictions, and many more, were later extended statewide.

Garbuz’s wife, Adina Garbuz, said she and her husband originally thought he had pneumonia, but he kept getting worse. She decided to move her husband to a larger hospital in New York City after discovering he had COVID-19.

“I just didn’t think he was gonna make an ambulance ride,” she said.