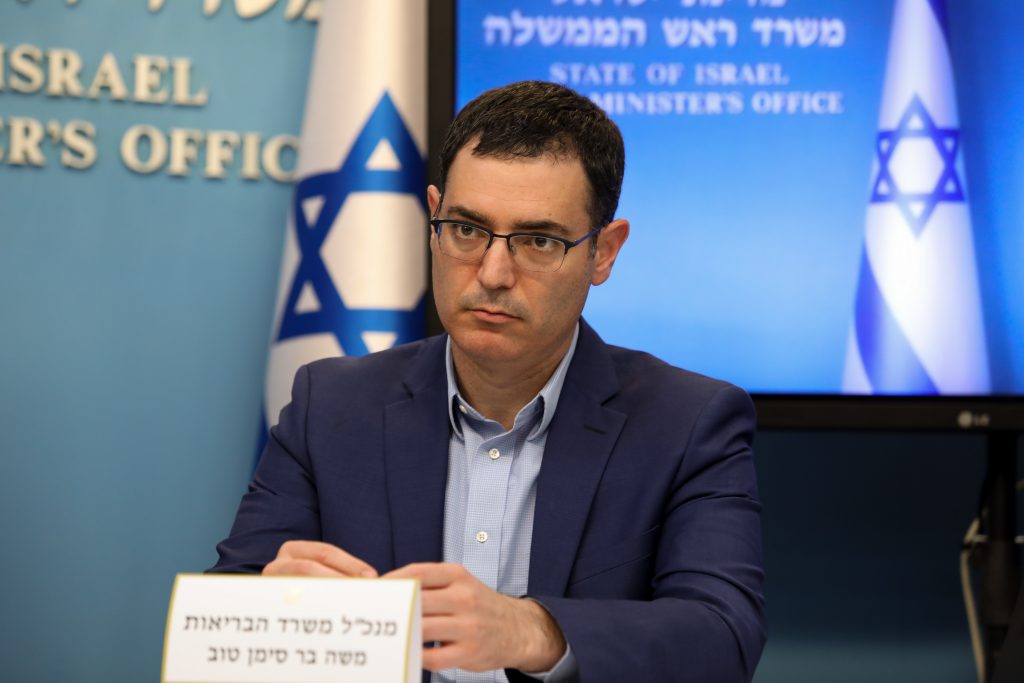 The Israeli government seemed deeply divided over the pace of the easing of coronavirus restrictions, amid reports on Monday that the Health Ministry director-general and the national security adviser are urging more caution.

Moshe Bar Siman-Tov, the No. 2 official in the Health Ministry, is thinking of resigning because the government is not heeding his warnings about reopening the economy too quickly, Ynet reported. A source identified as close to Bar Siman-Tov said his decision depends on who would take over for him at the Ministry.

He has been described as the government’s “hard-liner” from the outset, recommending shutdowns and a panoply of restrictions against the counsels of the Finance Ministry, which has, for its part, warned that the overcautiousness is wrecking the economy.

But the director-general is not alone. On Monday, Channel 12 reported that National Security Adviser Meir Ben Shabbat warned ministers earlier in the day that the rapidity of the current easing of virus-related restrictions risks another outbreak.

Likud Minister Zeev Elkin also told Army Radio on Monday that a slower approach at this stage would be more prudent.

Meanwhile, the government has been moving ahead, announcing the reopening of parks, malls, open-air markets and the school system in recent days.

Prime Minister Binyamin Netanyahu‏‏ has cited the country’s success in rolling back the coronavirus as justification for the reopening, while warning that the situation will be monitored carefully, and a resurgence of COVID-19 would require reimposition of restrictions.