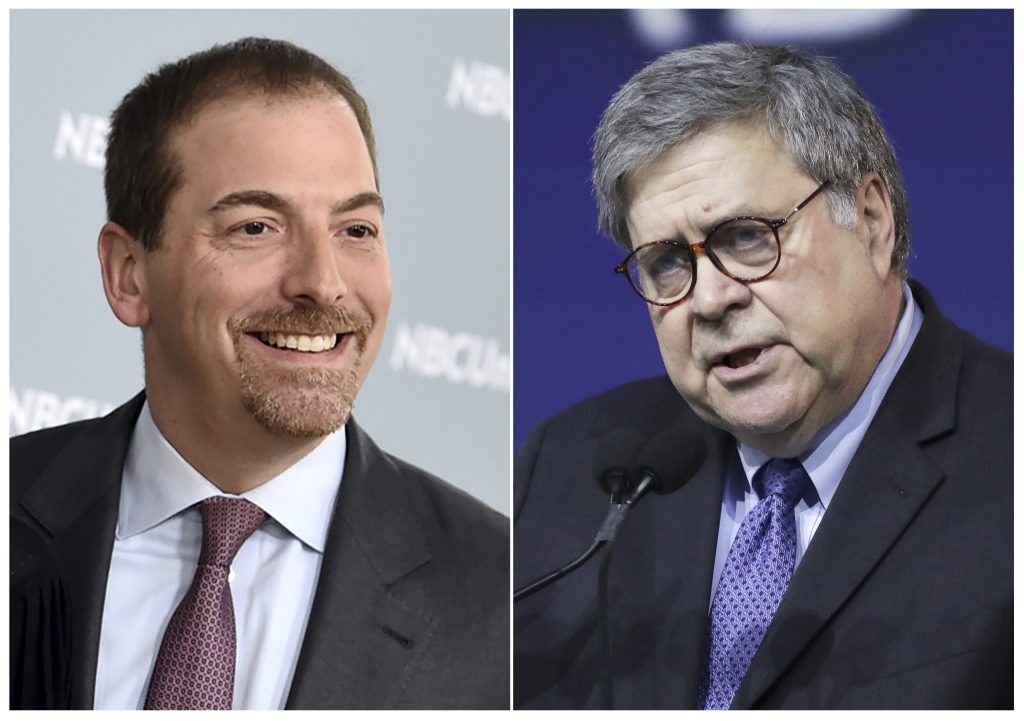 NBC has apologized for “inaccurately” cutting a portion of an interview with Attorney General William Barr that left a false impression with viewers of “Meet the Press.”

The apology didn’t satisfy President Donald Trump, who tweeted both Sunday and Monday that “Meet the Press” moderator Chuck Todd should be fired.

The news show was discussing the Justice Department’s decision last week to drop its case against Michael Flynn, the president’s former national security adviser, when Todd played a portion of an interview that Barr gave last Thursday to CBS News.

When Barr was asked by reporter Catherine Herridge what history would say about the decision, Barr replied that “history is written by the winner. So, it largely depends on who’s writing the history.”

Todd said that he was struck by the cynicism of that answer.

“It’s a correct answer,” Todd said. “But he’s the attorney general. He didn’t make the case that he was upholding the rule of law. He was almost admitting that, yeah, this is a political job.”

However, “Meet the Press” didn’t include Barr’s full answer to Herridge’s question. He went on to say: “But I think a fair history would say that it was a good decision because it upheld the rule of law. It upheld the standards of the Department of Justice, and it undid what was an injustice.”

In other words, Barr actually said what Todd accused him of not saying.

In apologizing for the mistake, NBC tweeted that it “inadvertently and inaccurately” cut the video.

“Earlier today, we inadvertently and inaccurately cut short a video clip of an interview with AG Barr before offering commentary and analysis. The remaining clip included important remarks from the attorney general that we missed, and we regret the error,” the tweet said.