National Census Stirs Uncertainty for Those Displaced by Virus
CoronavirusNational 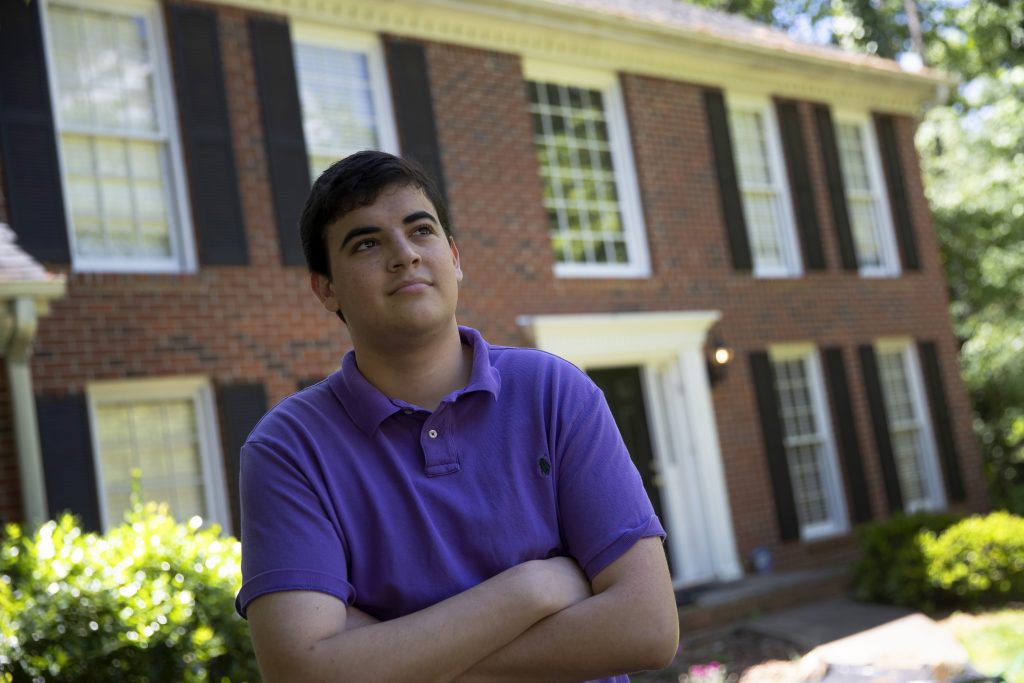 It’s not meant to be a trick question, but many people filling out their 2020 U.S. census form struggle to answer: How many people were staying at your home on April 1?

Some people living in coronavirus hot spots fled their homes or were hospitalized. Students living off-campus moved in with their parents once universities closed. Travelers got stuck far from home because of health concerns.

Fran Kunitz left St. Louis to visit her sister and brother-in-law in Fort Myers, Florida, in mid-March. She was supposed to fly back on April 1 but nixed those plans. She has a weak immune system and asthma and didn’t want to risk catching the virus on a flight.

Census Bureau guidance puts her in St. Louis, so when she fills out her form, she’ll have to ignore the part about where she was on April 1 — the date that determines where people are counted once a decade.

“I’m anxious to go home, but everyone tells me not to,” Kunitz said recently from Florida.

The displacement is especially worrisome in New York City, which has been the epicenter of the nation’s coronavirus outbreak.

It’s leading to low response rates in wealthy enclaves of the Upper East Side and midtown Manhattan, where many residents have left for the Hamptons, Florida or elsewhere. Some believe they need the census ID number that was mailed to them to fill out the form online, but that’s not necessary, said Julie Menin, director of NYC Census 2020.

“It’s a problem that we’re having. People are under the misimpression that if for any reason they have left New York City during COVID, they still believe they need the paper form with a computer code,” Menin said.

People who answer the questionnaire without an ID number are identified and counted by their address.

The response rates are lowest in some of the New York City neighborhoods where the virus hit hardest, such as Elmhurst in Queens, which had more than 7,000 confirmed cases in the first few weeks of the outbreak. That coincided with the period in March when most people could begin answering the questionnaire

Census Bureau guidelines say a person should be counted where they usually live if they expect to go back there.

“If they are not sure whether they will return to their usual residence after the crisis ends, then they should be counted where they are staying on April 1, 2020,” the agency said.

For college students living away from home, that means at school. Students living in college housing before the pandemic mostly are being counted by their schools, but it’s confusing for those living off campus who have moved back in with their parents. For graduating seniors, the uncertainty is compounded because they’re not returning to campus. The bureau says they should still be counted at school.

The pandemic has forced the Census Bureau to push back its deadline for finishing the 2020 count from the end of July to the end of October. The bureau also is asking Congress for permission to delay deadlines next year for giving census data to the states so they can draw new voting maps. The 2020 census will determine how many congressional seats each state gets as well as how some $1.5 trillion in federal spending is doled out.

“It’s hard to think of another census when there’s been this disruption nationwide,” said D’Vera Cohn, a census expert at the Pew Research Center. “Certainly, there have been hurricanes or other national disasters that have displaced people, but this particular set of circumstances seems to be unique, being nationwide.”

As lockdowns started in mid-March, Shana Roen left her apartment in Atlanta for her parents’ home in Orlando, Florida, remembering to bring her census notice. She filled out the form online at the end of April before heading back to Georgia, where stay-at-home restrictions were loosening before the rest of the U.S.

“I came down to Florida to be around family and do stuff for my parents and be with somebody rather than by myself in my apartment,” Roen said. “But I put myself down as a Georgia resident.”