Israel Bennett: Yamina Will Be a Fighting Opposition
Israel 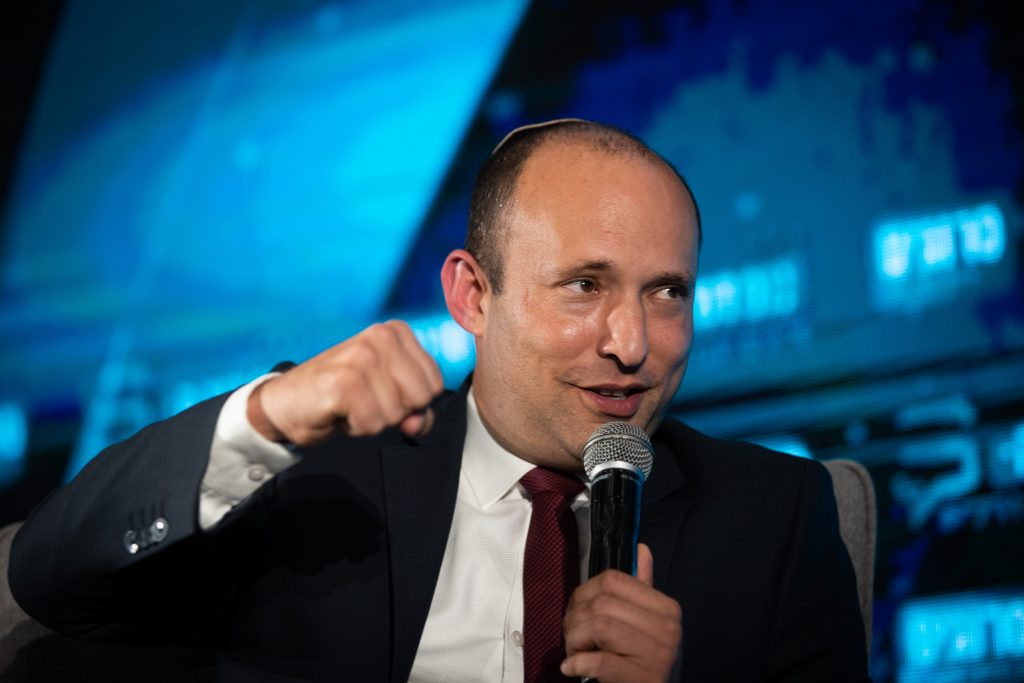 Defense Minister Naftali Bennett held a press conference Monday afternoon, and called for the establishment of a national system that would deal with a second wave of the coronavirus pandemic without having to close the economy again.

Bennett also said he was happy about the establishment of a government after three elections, so that the country would not need to go to the polls once again, but said that the Yamina party would sit out in the opposition. “Netanyahu does not want Yamina in the government. It’s clear, and that’s fine, we’re not offended,” Bennett said.

“How do I know? Because Netanyahu and Gantz announced the establishment of a ‘coronavirus emergency government.’ One would think that the most important office would be the Health Ministry, yet they are fleeing from it as hard as if this office is itself the pandemic. They have been avoiding this portfolio for two weeks while they focus on more high-profile portfolios. That’s not what a coronavirus emergency government looks like,” Bennett added.

“I am not asking for the Foreign Ministry with cocktails, and we have not asked for three ministries. We want to have influence. I would take it upon myself to do what I said regarding the health care, so that in 140 days there would be no need to ruin the economy and close the country once again. I officially asked the prime minister for this, and nothing else. It seems there is someone who doesn’t want Yamina in the government. That’s fine. If Netanyahu doesn’t want us – we won’t be there.

When asked about the dissolution of the rightwing bloc, Bennett responded, “I do not change my perception because I am in the opposition. We were loyal to the rightwing bloc, not to a specific person. Needless to say, what Netanyahu did – dismantling the rightwing bloc – is a conscious and legitimate decision by the prime minister. This is also true of the other partners. Once the bloc is broken, there is no more bloc.”