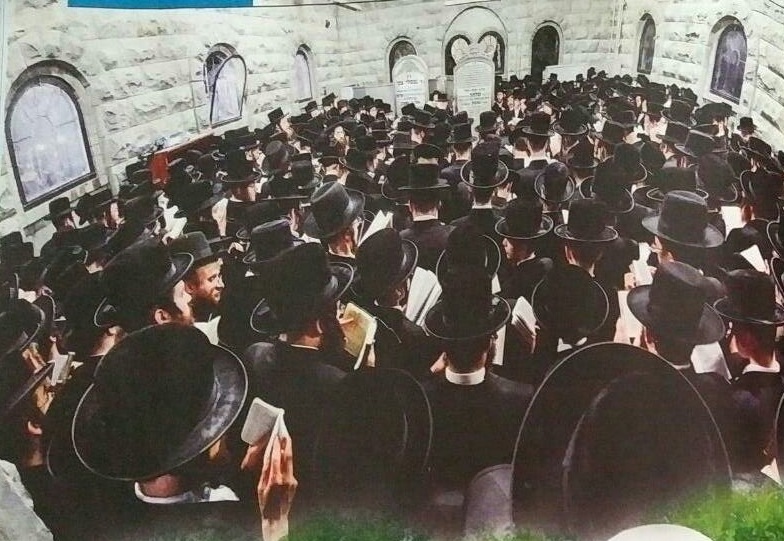 The cemetery in Deans, NJ which is the site of the ohel of the Bobover Rebbes, zy”a, will be closed on Monday and Tuesday for Lag BaOmer, the South Brunswick Police Department announced. The cemeteries, known as Washington and Floral Park Cemeteries, are located on Deans Rhode Hall Road.

Concerned that a large crowd will arrive for Lag BaOmer to pray at the kever of Bobover Rebbe as in past years, police decided to institute a frozen zone which will prevent automobiles from entering the area, as reported by mycentraljersey.com.

For the last decade, thousands of Jews came to pray at the Bobover Ohel by the kever of Harav Naftuli  Tzvi Halberstam, zy”a, based on a comment he once made to one of his chassidim.  That chassid later merited great yeshuos after davening at the kever on Lag BaOmer, and a number of others did as well.

This year, however, with the Israeli government preventing U.S. citizen from traveling to Meron, the cemetery expected an even greater influx of people coming to the gravesite in NJ.

On Friday, May 8, the South Brunswick Police Department announced via Twitter that the cemetery would not be open, to the disappointment of many. This decision was made after police met with faith leaders on Thursday to explain the cemetery and roadway around the cemetery would be closed on Monday evening and all day Tuesday.

“We have worked with cemetery staff several times over the past 8 weeks to address concerns about large groups coming to the cemetery. In addition to the cemetery being closed, we are setting up a frozen zone around the cemetery that will prohibit traffic,” said South Brunswick Office of Emergency Management Director and Police Chief Raymond Hayducka.

“We want to create as much outreach as possible to prevent any issues. Typically, we can expect several thousand people to visit the cemetery for this annual event. That is not possible this year,” said Hayducka in the release.