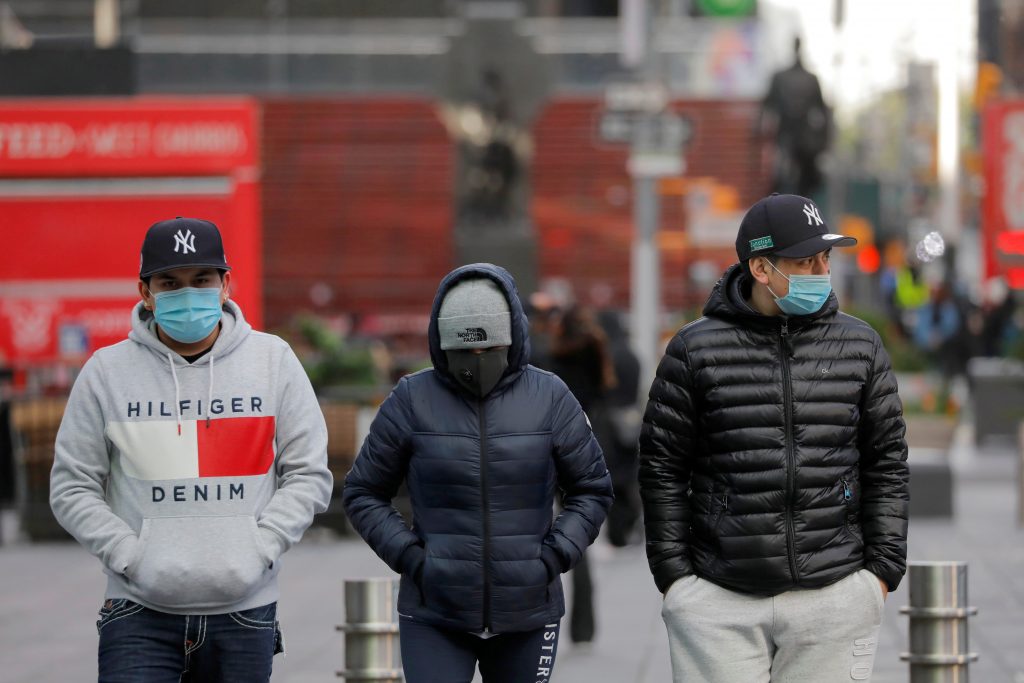 After an outcry over racial disparities in New York City’s enforcement of social distancing, the mayor planned Sunday to double the ranks of non-police workers trying to persuade people to comply with the policy.

The number of city workers deployed as “social distancing ambassadors” will grow by next weekend from around 1,000 to 2,300, Mayor Bill de Blasio said.

“More and more, the emphasis will be on a communicative, encouraging approach,” the Democrat said, while noting that enforcement through ticketing “will still be there when needed.”

“The last thing we want to see is enforcement if there’s any other way to get the job done.”

The city didn’t immediately have information on social distancing arrests or summonses, if any, over the weekend. Mayor De Blasio reiterated there have been relatively few — under 10 summonses a day citywide — but that enforcement needs to be done “fairly and consistently in all communities.”

Criticism has arisen along with videos of violent arrests — including scenes of a police officer running at a black man and throwing him to the ground for mouthing off and an officer punching a man in the head as he lay pinned to a sidewalk — and statistics on the racial breakdown of police action taken in the name of curbing the spread of the COVID-19 virus.

New York City police department data released Friday showed that of the 374 summonses issued through May 5 for violating distancing orders, 52% were given to black people and 30% to Hispanic people.

The mayor on Friday called those statistics “an indicator that something’s wrong we need to fix.” He pledged more training and clearer protocols for officers.

Citing such numbers, police reform advocates have pressed the city to stop using police to enforce rules that require people to wear masks and stay 6 feet apart from anyone who doesn’t live in their own household.

De Blasio — who in the past has attended a number of demonstrations himself — said Sunday “it’s just idiotic” for protesters to gather in person during a pandemic, saying people should take their causes online instead.

The New York Civil Liberties Union has argued that the government doesn’t have unfettered authority to ban protests because of a public health emergency.