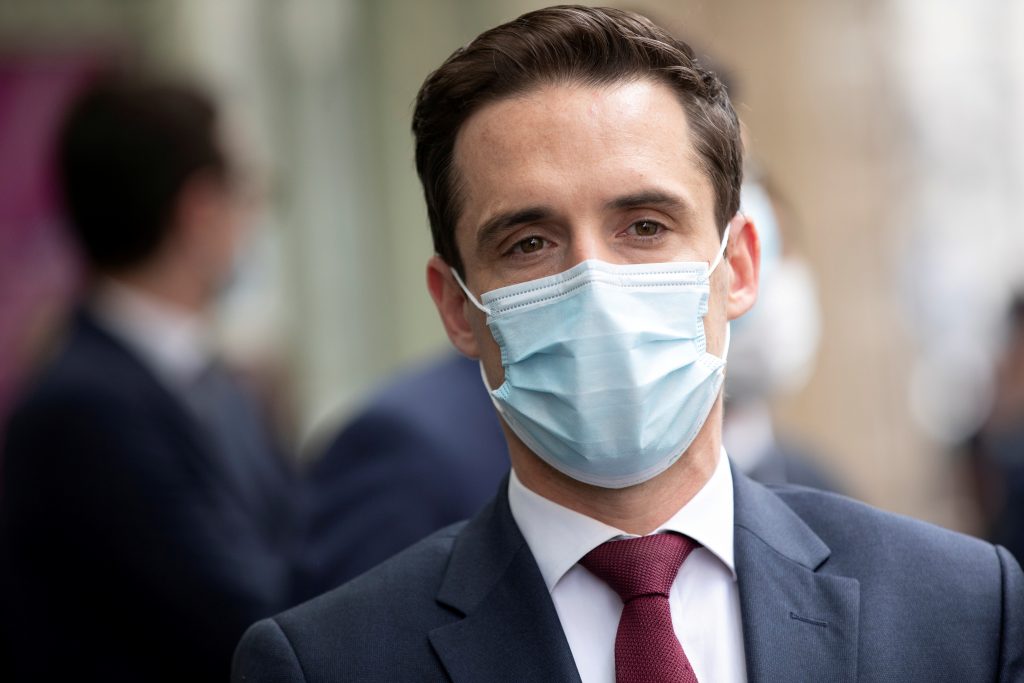 France, the originator of the burqa ban, has done more than any other Western nation over the past decade to resist face coverings in public. But as the country begins to emerge from its coronavirus lockdown on Monday, face masks are mandatory.

People are required to wear masks in high schools and on public transportation — or risk being fined. Shopkeepers also have the right to ask customers to wear masks or to please leave. Artificial-intelligence-integrated video cameras will be monitoring overall compliance on the Paris Metro.

To emphasize the national imperative, President Emmanuel Macron appeared at a school last week wearing a navy mask embellished with the blue, white and red stripes of the French flag. Face coverings, the design seemed to suggest, are fused to the ideals of liberty, equality and fraternity.

All this has been accepted with little commentary or controversy. A recent BFMTV poll found that 94 percent of people in France supported wearing masks. That France has reported more than 26,000 coronavirus deaths no doubt contributes to that acceptance.

But many Muslims, religious freedom advocates and scholars see a great deal of irony in a society that has made such a virtue of uncovered faces suddenly requiring faces to be covered.

“If you are Muslim and you hide your face for religious reasons, you are liable to a fine and a citizenship course where you will be taught what it is to be ‘a good citizen,’ ” said Fatima Khemilat, a fellow at the Political Science Institute of Aix-en-Provence. “But if you are a non-Muslim citizen in the pandemic, you are encouraged and forced as a ‘good citizen’ to adopt ‘barrier gestures’ to protect the national community.”

“We see this asymmetrical reading of the same behavior – covering the face, depending on the context and the person who performs it – as arbitrary at best, discriminatory at worst,” she said.

In 2004, the country banned headscarves in public schools, citing the religious neutrality of state institutions. In 2010, it outlawed the fully face-covering niqab and burqa everywhere in public, arguing that those garments threaten public safety and represent a rejection of a society of equal citizens.

“In free and democratic societies … no exchange between people, no social life is possible, in public space, without reciprocity of look and visibility: people meet and establish relationships with their faces uncovered,” declared a parliamentary study prepared during debate of the 2010 law, which took effect the following year.

“The concealment of the face in public space has the effect of breaking social ties,” the report continues. “It manifests the refusal of ‘living together.’ ”

France’s Interior Ministry confirmed to The Washington Post that the burqa ban will still apply during the covid-19 pandemic, when people are otherwise encouraged to cover their faces. A woman who wears a religious face covering will be “punished with the fine provided for second-class infractions,” the ministry said in a statement. The law imposes a fine of up to 150 euros ($165) and can require participation in a citizenship education class.

Given that the 2010 law permits face coverings for health reasons and other exemptions, “wearing a mask intended to prevent any risk of contagion by covid-19 does not constitute a criminal offense,” the ministry said.

That suggests that if an observant Muslim woman wanted to get on the Paris Metro, she would be required to remove her burqa and replace it with a face mask.

Following the October 2019 attack on the Paris police headquarters by an Islamist employee, French Interior Minister Christophe Castaner delivered a controversial list of potential signs of radicalization to the French Parliament.

Mondon noted that some Muslim women donned surgical masks as a kind of protest after the 2010 law was passed.

“I remember there were women who wore surgical masks back then to continue practicing what was important to them,” she said. “That didn’t even work, because clearly what was

“The secular science versus religious Muslim dichotomy is operating so that nobody sees it as ironic or as a contradiction at all,” said Joan Wallach Scott, an American historian of France who has written extensively on the politics of the headscarf. “For those of us looking at it from the outside, the issue it raises is what it means to be part of a community.”

“Wearing some form of head covering means identifying with the rules and spirit of a community, and that’s clearly what masks do for a secular community like the French Republic. We are now engaging in a rite of communal participation – for ‘vivre ensemble,’ to be with each other,” she said.

“But that’s also what the veil represents for the women who wear it: a commitment to the principles of communal solidarity.”