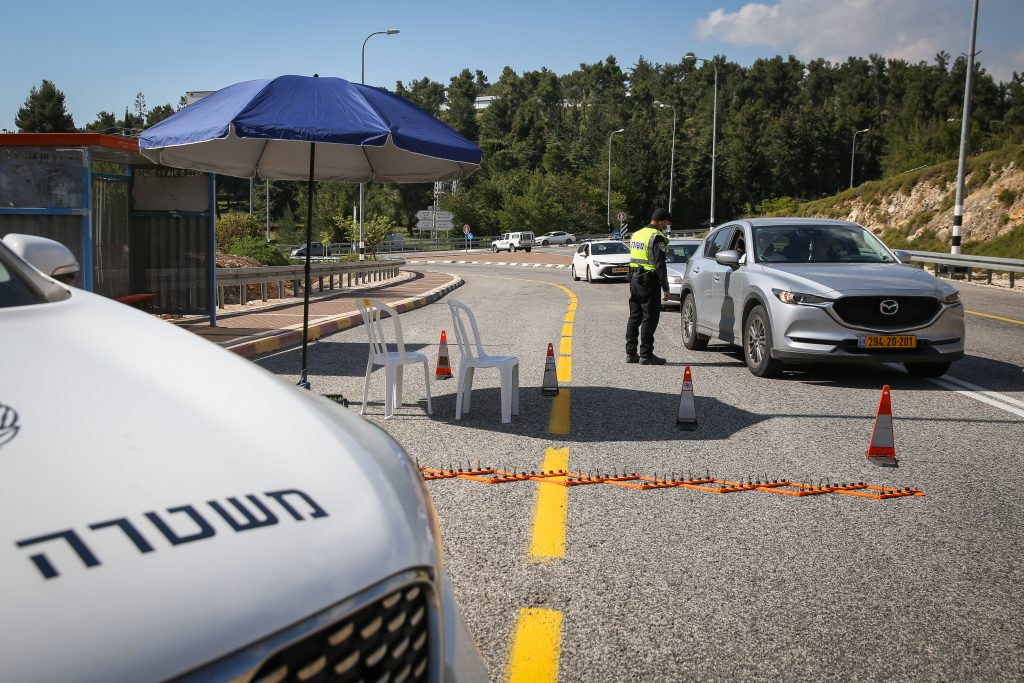 Police have finalized their preparations for the very different Lag BaOmer events this year in Meron, under the coronavirus restrictions. In regular years, just days before Lag BaOmer, Meron would be prepared for the hundreds of thousands of mispallelim. This year most of them will be at home, as per the restrictions.

Deputy Superintendent Victor Buskila of the Northern District discussed the police’s preparations on Sunday, and said that over the next week there will be 2,500 police officers in all areas around the moshav and the Rashbi’s kever to prevent the arrival of those uninvited.

“We are not happy to do this,” Buskila said, “Every year there are 5,000 policemen whose job is to facilitate as many people as possible to reach Meron, unfortunately this year we will be doing just the opposite.”

Policemen will use observation devices, helicopters and other means to prevent the entry of individuals or groups in any other way.

Police say that on the night of Lag BaOmer, only three hadlakos will take place near the tziyun of the Rashbi, with 50 people participating in each hadlakah. Even those who received a permit to participate in a hadlakah will not be allowed to daven at the tziyun, which remains closed. On Lag BaOmer day, there are no other official ceremonies.

Police note that as part of the enforcement and prevention of people arriving in Meron, it will haul away vehicles that will be parked in fields or parking lots near Meron.

“We have not closed the city of Tzfas to nonresidents, despite the fear that they will walk to Meron, as there is no public transportation. We will be on guard on all the streets and paths that lead to Meron to prevent such incidents,” police say.

“We expect the public to heed the instructions not to reach the checkpoints nor to create unnecessary clashes with the police officers. We will enforce the guidelines resolutely and ask the public not to put us in an uncomfortable position,” the police ask the public.

A police source added: “We have enforcement measures, from fines to forcible detention. We sincerely hope that we will not have to use these options, but we are prepared for that as well.

“We are conducting enforcement on the roads, in the forests, in Moshav Meron, and throughout the region and have been carrying out enforcement since last Thursday. Anyone who plans to make games with the police officers should be aware that this is not recommended. We will show zero tolerance for violations.”