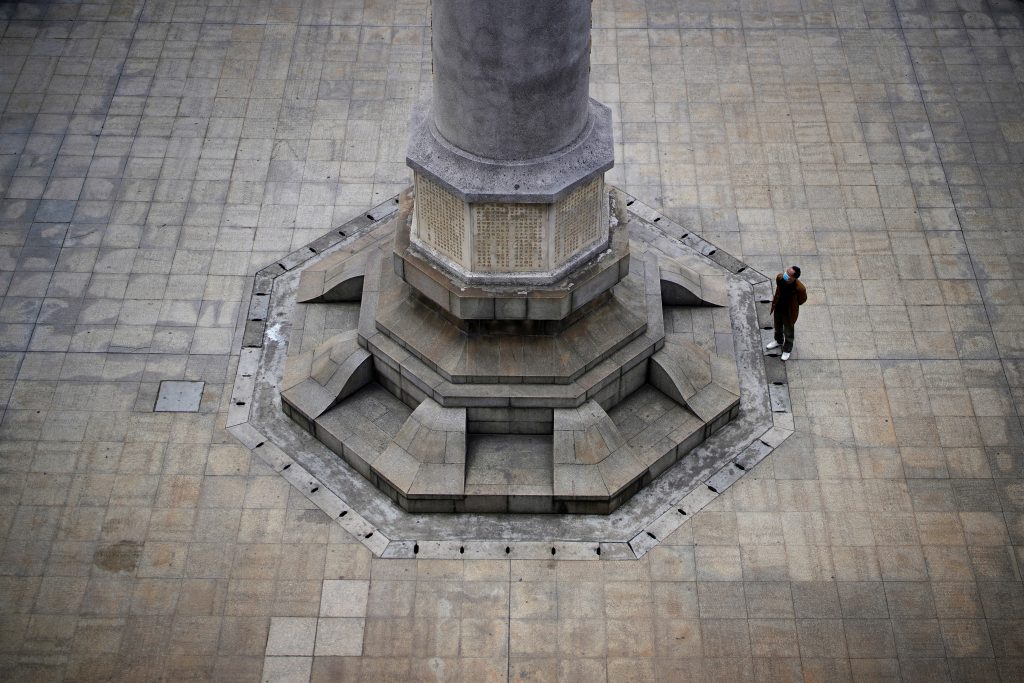 Chinese authorities reported on Sunday what could be the beginning of a new wave of coronavirus cases in northeast China, with one city in Jilin Province being reclassified as high-risk, the top of a three-tier zoning system.

Jilin officials raised the risk level of the city of Shulan to high from medium, having hoisted it to medium from low just the day before after one woman tested positive on May 7.

Eleven new cases in Shulan were confirmed on May 9, all of them members of her family or people who came into contact with her or family members.

Shulan has increased virus-control measures, including a lockdown of residential compounds, a ban on nonessential transportation and school closures, the Jilin government said.

The new cases pushed the overall number of new confirmed cases in mainland China on May 9 to 14, according to the National Health Commission on Sunday, the highest number since April 28.

Among them was the first case for more than a month in the city of Wuhan in central Hubei Province where the outbreak was first detected late last year.

While China had officially designated all areas of the country as low-risk last Thursday, the 14 new cases represent a jump from the single case reported for the day before.

Apart from the cluster case in Jilin, Harbin, capital of the northeastern province of Heilongjiang, confirmed one new case. The 70-year-old patient had been quarantined in a hospital since April 9 and had tested negative seven times before results turned positive on May 9, the Heilongjiang Health Commission said on Sunday.

Shenyang, capital of neighboring Liaoning Province, also confirmed on Sunday one new case, a 23-year-old who traveled to Shenyang on May 5 from Jilin.

Equally worrying in China is the unknown number of asymptomatic virus carriers who show no clinical signs of infection such as a fever or a cough. Asymptomatic carriers are mostly detected through contact tracing or health checks.

The new Wuhan case, the first reported in the epicenter of China‘s outbreak since April 3, was previously asymptomatic, according to the Hubei provincial Health Commission. The 89-year-old man had not left his residential compound in Dongxihu district since the Lunar New Year in late January. His wife also tested positive, though she showed no symptoms, the Wuhan municipal health commission said.

The residential compound has had 20 confirmed cases, and experts say the new infection was mainly due to previous community infections.

After the case was confirmed, medical officials have carried out nucleic acid tests on residents of the compound and found five asymptomatic infections.

The infections highlight the continued potential for new clusters of infections due to carriers who do not look ill or have a fever.

On Sunday, the risk level of Dongxihu district was raised to medium from low.

The National Health Commission said the number of new asymptomatic cases stood at 20 on May 9, the highest since May 1 and up from 15 a day earlier.

China does not include asymptomatic cases in its official tally of confirmed infections. The total number of confirmed coronavirus cases in mainland China reached 82,901 as of May 9, while the total death toll from the virus stood at 4,633, according to the commission.