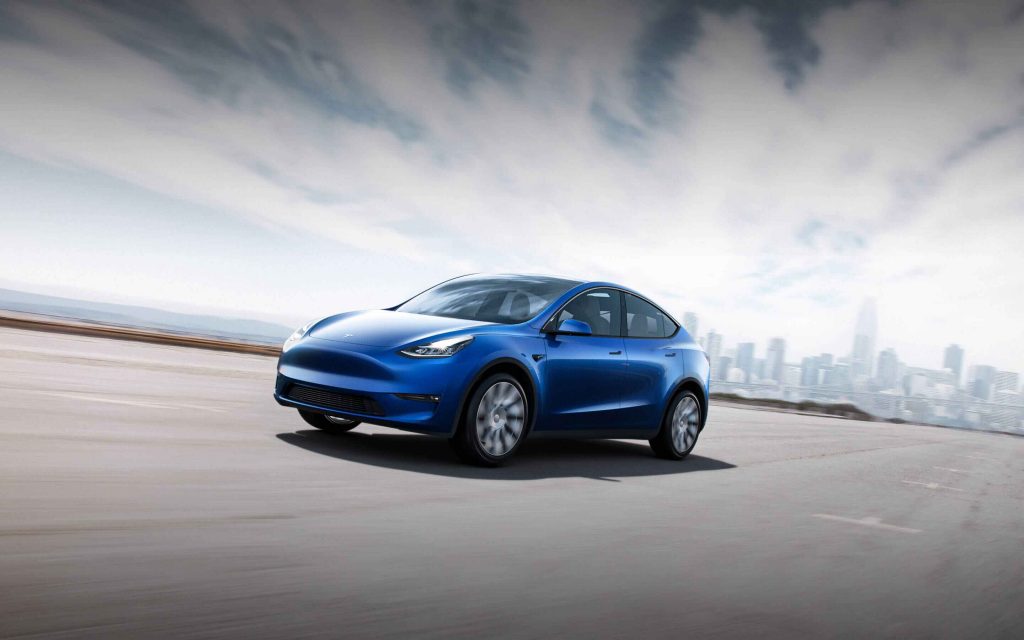 I managed to get my hands on a Tesla Model Y recently: It’s cool. It’s nimble. It’s a tall Model 3 with a hatchback.

It was also one of the first models to roll off Tesla’s Fremont assembly line before California’s government shut it down as a non-essential business in the COVID-19 economy. No wonder Tesla CEO Elon Musk is pointing fingers at Gov. Gavin Newsom for keeping his manufacturing line shut down. The Model Y should be Tesla’s most popular vehicle yet.

I’ve owned two Tesla Model 3s, and the Model Y should put to rest any question as to why people crave SUVs. It’s not because they want to load their camping gear and ford streams for a weekend of camping. It’s because they want a higher seating position, easier ingress and egress, all-wheel drive for winter driving and a hatchback to load lotsa stuff into a big cargo bay.

The Model Y sits 6.6 inches off the ground — just an inch higher than my Model 3. But slide into the Model Y and the difference is apparent. The leather seats (apparently identical to the 3’s) sit on 6-inch thrones, raising the driver hip point to 24 inches above the road, compared to the Model 3’s 18 inches.

That added height is not only easier for cabin entry, it also makes for a more comfortable seating position. Your 6-foot-5 reviewer sat with his knees at a 90-degree angle to the pedals instead of a more bent 45 degrees as in the Model 3. Other height proportions follow, with the Y’s roof 7.2 inches taller than the Model 3.

Being an unreconstructed motorhead, I prefer sitting on the floor of a sedan for closer proximity to the road surface and lower center of gravity. But battery-powered cars have an inherent advantage over their gas-powered peers: The battery weight is all in the bottom of the car.

As a result, the Model Y still manages a very low center of gravity despite its taller stature. Clever beast.

That dynamic was immediately apparent when I flung the Model Y into an interstate cloverleaf. With less head toss than even my handling-standard Mazda CX-5 SUV, the Model Y stuck like glue through the long, 180-degree arc. Like the Model 3, the Y’s steering is pleasingly planted, allowing me to feel the road and explore the ute’s envelope.

At the limit — tires chirping — the Model Y’s taller head and added 344 pounds of weight become apparent, but an SUV has no business handling like this. My long-suffering wife says I should warn passengers before such neck-wrenching maneuvers, but otherwise I can assure you they will be quite comfortable.

True to its SUV mission, the Model Y is bigger in every dimension than the 3. Indeed, its dimensions are bigger than anything else in class. Its cavernous, 68 cubic-feet of cargo room (with rear seats flattened) dwarfs class leaders like the Mercedes GLC (56 cubic feet) and Cadillac XT5 (63 cubes).

More rear improvements over the Model 3 include a whopping 5.3-inch bump in legroom (also best in class) and a more robust carpet for sliding in luggage. Lift the cargo floor and — voila! — a sub-trunk storage cavity mirroring the forward “frunk.” Will that be a footwell for a rear-facing, kid-friendly third-row seat in 2021 models?

That clever packing is thanks in part to manufacturing advances over the Model 3, including a rear aluminum casting. Tesla still trails industry standards in areas like body panel gaps, paint quality and heat-pump noise. But ask owners if they care.

“Buy a Tesla and it’s hard not to become a member of the fan club,” said Dick Amacher, owner of the top-shelf, $68,700 Model Y that I tested. Amacher knows cars.

The retired GM engineer played a key role in some of the General’s most ambitious endeavors, including its IndyCar engine program and its first EV1 electric vehicle. True to his roots, he first looked at buying a Chevy Bolt EV before being blown away by Tesla’s superior technology and charging infrastructure.

He was one of the first in line for the Model Y, ordering online after Musk took the wraps off a year ago. While Amacher awaited delivery, he bought a Model 3.

He compares the Tesla ownership experience to an iPhone: It’s unlike anything else on the market. Sure enough, my Model Y tester had just received the latest over-the-air update from the mother ship that enables its Autopilot self-driving system to see — and stop for — traffic lights.

That wow factor is not lost on the next generation as we shot pictures on a local college campus. A car full of students rolled by, cheering Silicon Valley’s latest. They knew exactly what it was.

The beta-test autonomous system is in keeping with Tesla’s pact with customers: If you’re nervous about pushing the limits of tech, mobile repair and charging infrastructure, then this isn’t the brand for you.

Different as Tesla is from its peers, it is similar in one respect: Its SUVs come with a price premium over its sedans. In the Model Y’s case, the added sheet metal and hatch add $3,000 compared to the Model 3.

It’s all packaged under Tesla’s signature tinted, panoramic roof. Integrated into the body structure, the roof has helped earn the Model 3 the government’s top safety rating. Inside, the Apple-simple interior design carries over from the Model 3. The console is dominated by a 15-inch touchscreen controlling most functions save for two multi-purpose buttons on the steering wheel. They govern everything from self-driving to voice commands. Tesla has the best voice-recognition system in the game, so I rarely touched the screen.

I won’t be trading in my Model 3 Performance for a Y. I like the lower seating position, the better rear visibility, the ludicrous 3.2 second zero-60 versus the Model Y’s insane 3.5-second acceleration.