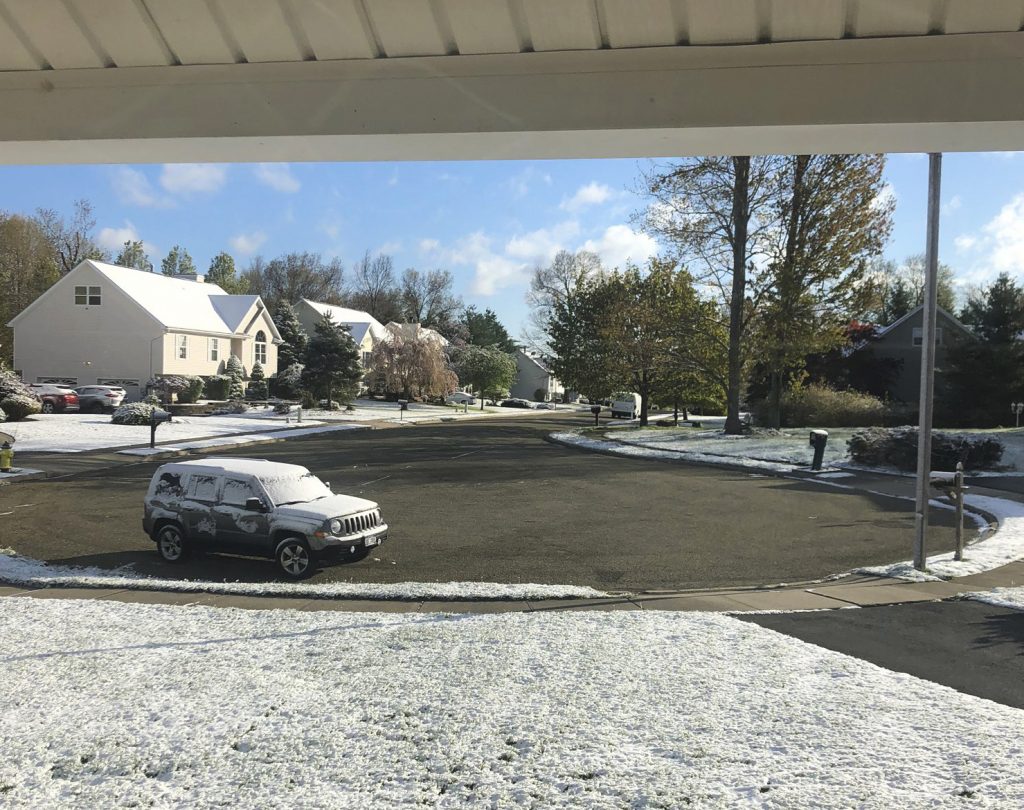 The weekend got off to an unseasonably snowy start in the Northeast on Saturday thanks to the polar vortex bringing cold air down from the north.

Some higher elevation areas in northern New York and New England reported snowfall accumulations of up to 10 inches, while traces of snow were seen along the coast from Maine to Boston to as far south as Manhattan.

John Cannon, a meteorologist with the National Weather Service in Gray, Maine, said parts of northern New England saw as much as 10 inches of snow and even coastal areas of Maine and New Hampshire got a dusting. There were even reports of flurries in Boston.

“We’ve had several inches in many areas in the Northeast. This is a rare May snow event,” he said.

The hardest hit areas were hill town communities like Sugar Hill, New Hampshire, which got 10.5 inches, and Carrabasset Valley in Maine, which got 9 inches, he said.

Conditions at the Mount Washington Observatory, atop the highest peak in the northeast, were downright arctic Saturday afternoon, with the wind chill at minus 22 degrees and winds gusting at 87 mph.

In many areas, the snowfall was one for the record books, even if it didn’t stick around. Massachusetts hadn’t seen measurable snow in May since 2002, while in Manhattan’s Central Park, the flakes tied a record set in 1977 for latest snow of the season.

The wintry weather came two days after Vermont began to lift restrictions on tennis, golf and other outdoor activities that had been imposed to curb the coronavirus outbreak. Gov. Phil Scott tweeted sympathy to Vermonters frustrated by the weather following weeks of being inside.

“I know snow on May 9th isn’t a welcome sight for many Vermonters, just as we’re cautiously allowing outdoor recreation to get going again,” he wrote. “But this is just a snapshot in time. Just like better weather is ahead, better days will come, as well. We will get through this, together.”

Usually the polar vortex is a batch of cold air that stays trapped in the Arctic all winter, but a couple times during the season, it wanders south and brings bone-chilling cold and snow to Canada and parts of the United States.

A low pressure system off the coast of southern New England helped pull cold air down from the north, said lan Dunham, a meteorologist with the National Weather Service in Norton, Massachusetts.

Cannon said the snow will give way to strong winds upward of 40 and 50 mph in much of the Northeast for the remainder of Saturday, along with unusually cold conditions. There are freeze watches and warnings out for much of the Northeast. Temperatures are expected to dip below 30 from midnight through Sunday morning in parts of New Jersey and New York and a freeze warning has been issued from Saturday night until Sunday morning in parts of Pennsylvania.