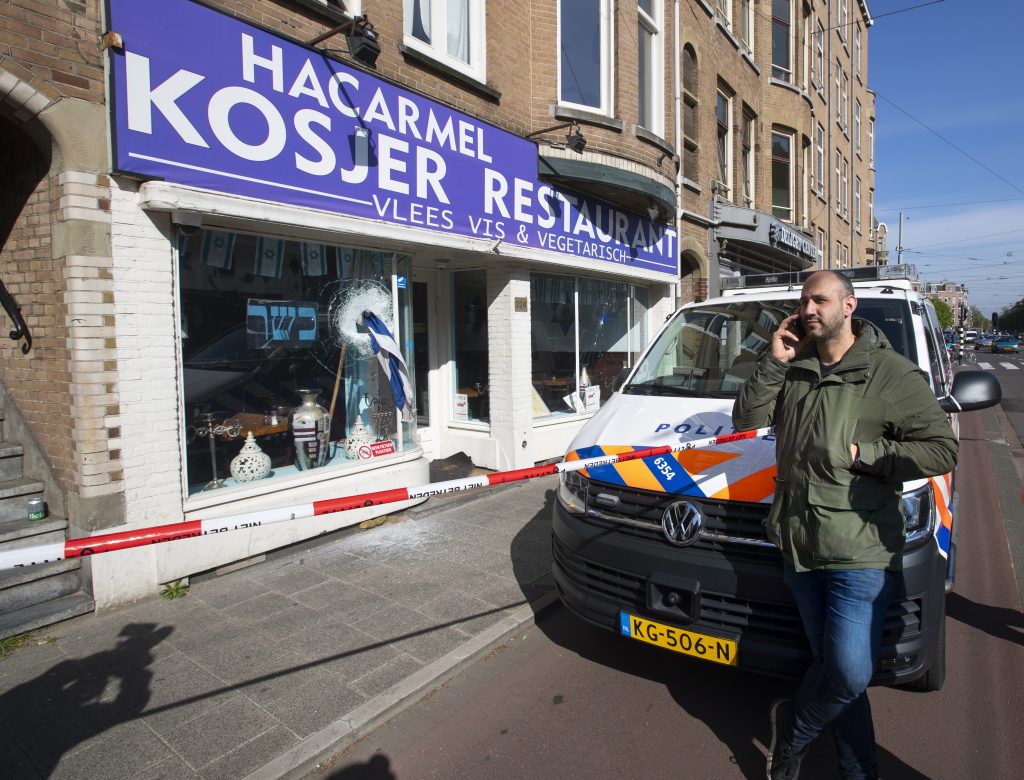 Police used pepper spray to subdue a suspect arrested Friday after a window was smashed at a kosher restaurant in the Dutch capital, the sixth act of vandalism at the restaurant in recent years.

The 31-year-old attacker, Saleh Ali, used a stone to smash a hole in one of the large windows of the HaCarmel restaurant before pushing a flagpole with the Israeli flag through the hole.

Amsterdam police posted that they had arrested a suspect.

The attack came on the 75th anniversary of the surrender of Nazi Germany to Allied forces in Europe, although there was no immediate indication of a link.

According to reports, the attacker was a Syrian asylum-seeker who in 2017 broke into the same kosher restaurant in Amsterdam.