National Survey: 51% of People Are Wearing Face Coverings Because of Coronavirus
National 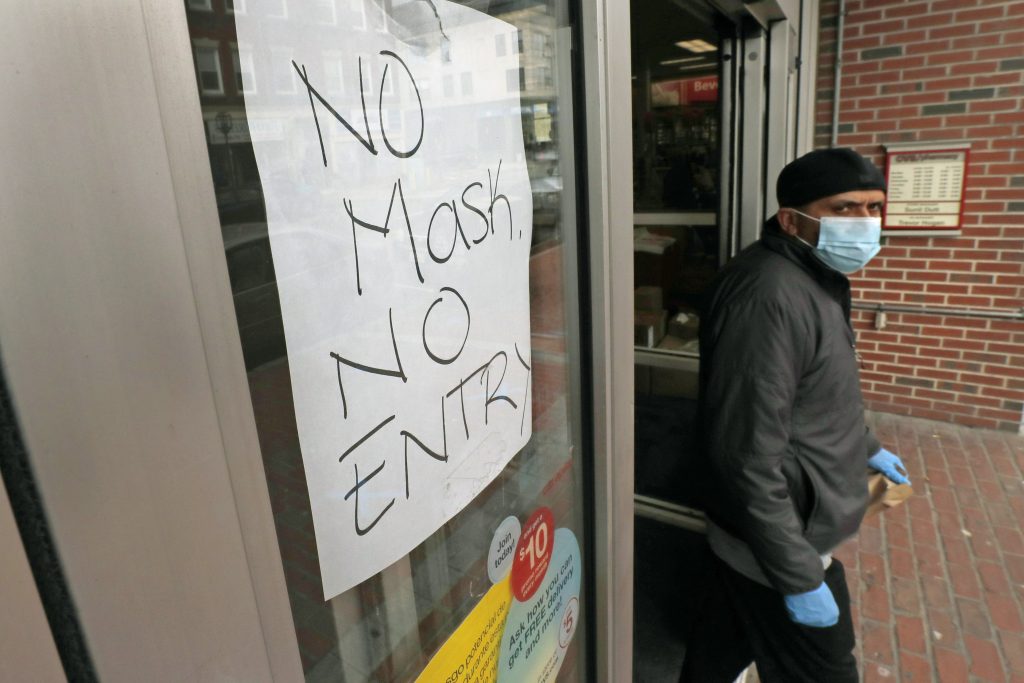 Just a slim majority of people in the U.S. are wearing face coverings in public to combat the coronavirus pandemic, a new survey from the North Carolina research institute RTI International found.

Around 51% of people are wearing face coverings in public, according to a survey conducted between April 10-20. The responses came about a week after the U.S. Centers for Disease Control and Prevention recommended people wear masks in public.

That figure was a 40 percentage point increase from March, before the CDC made that recommendation, Linda Squiers, a health communication scientist at RTI, said in a webinar Wednesday.

The survey, part of a large gathering of information that RTI is putting together on responses to the spread of COVID-19, included responses from nearly 2,300 people across the country. The survey was weighted to U.S. demographics, the researchers noted.

Squiers said the increase in people wearing masks can likely be attributed to recommendations that came from the CDC and the World Health Organization, though she noted there has been confusion around the topic, with some states and cities requiring masks and others not.

It likely didn’t help that the recommendation to wear masks came after weeks of U.S. officials telling people that they were not necessary.

“The messaging changed,” Squiers said in a phone interview. “At first they were saying only health-care providers needed to wear a mask and the general public doesn’t need to. So that (April recommendation to wear masks) was basically a new message.”

There were also some regional differences in face covering uptake, with people living in the Northeast being more likely to adopt a face covering in public than other regions in the U.S., the researchers said.

Comparatively, there has been a much greater adoption of other preventative measures.

Ninety-one% of respondents said they are social distancing, and 86% said they are sheltering in place. Another 76% of people said they were not visiting family friends at their homes.

And a majority of people appear to be willing to follow those guidelines for as long as necessary, which might be a while; as Deborah Birx, the White House coronavirus response coordinator, recently said, “Social distancing will be with us through the summer.”

Around 86% of respondents said that they felt confident they could shelter in place for as long as authorities recommended, and 90% agreed that everyone should be following rules around social distancing and school and business closings.

Squiers said if the country wants to keep up those rates of support for social distancing, health communicators will have to clearly target what is motivating people to follow them.

If the country wants to maintain high rates of social distancing, she said, it will have to continue to remind people that doing so is protecting their mother, themselves or other vulnerable people in their city.

“We know that knowledge isn’t enough,” she said. “Putting a lot of facts in front of people won’t change behavior. … We need to have messages that focus on the why.”

“No one wants to put on a face mask to go out,” she added, “they are uncomfortable and make it difficult to breathe. Having messages that make people remember why they are doing it is really important.”