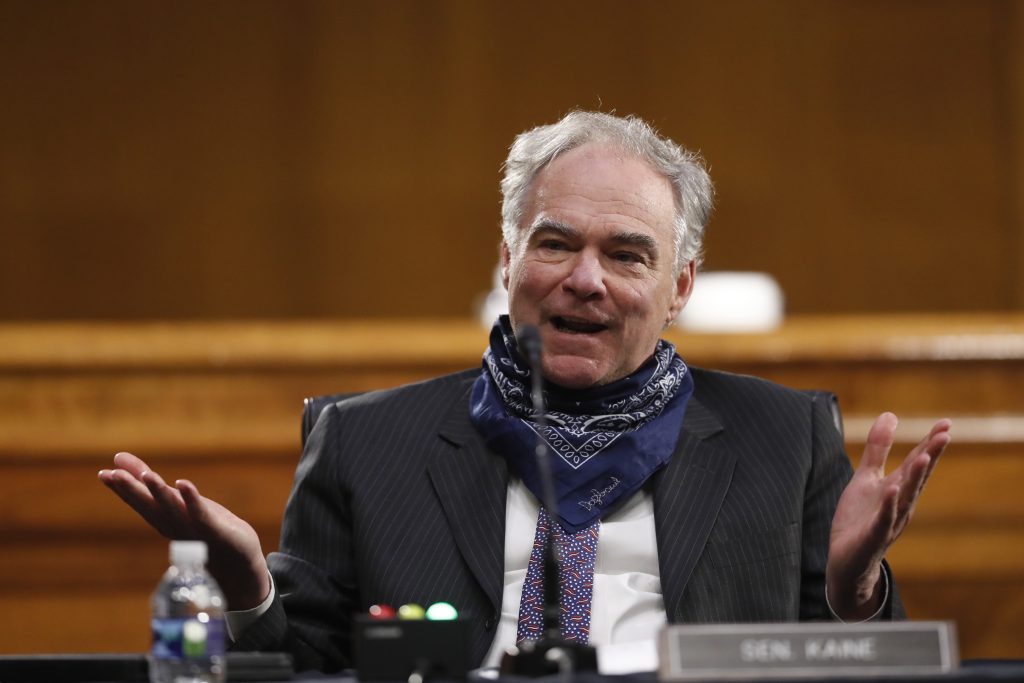 The Senate was unable to muster the two-thirds vote needed to override President Donald Trump’s veto of a bipartisan resolution rebuking his Iran policy.

The measure to terminate authority for engaging in hostilities against Iran or Iranian government officials championed by Sen. Tim Kaine, D-Va., cleared the Senate in February and House in March. The measure did not make it to Trump’s desk until Tuesday, because the chambers did not send it over amid the coronavirus pandemic.

Trump’s veto occurred Wednesday and was accompanied by a statement from the president, who called it “insulting” and suggested the resolution was part of a Democratic strategy to divide the GOP in the November election run-up.

“The few Republicans who voted for it played right into their hands,” Trump said.

Sen. Mike Lee, R-Utah, joined Kaine in leading the resolution, which only required a simple majority under authorities outlined in the 1973 War Powers Act. It passed the Senate 55-45 on Feb. 13, with eight Republicans joining Democrats. Thursday’s veto override tally was 49-44.

Ahead of the vote, Kaine rebuked the president’s veto message on a call with reporters.

“He’s not worried about war. He’s worried about himself and his reelection, and so he can only look at this important constitutional matter — and there isn’t a more important one than war and peace — through the lens of Donald Trump and my own reelection,” Kaine said Thursday afternoon.

The Virginia Democrat also stressed his long-standing advocacy for the limits on presidential war powers.

“Under President Obama, I wore the White House out on this, and I’m doing the same thing with President Trump,” Kaine said. “It is not insulting. It’s our job.”

Senate Majority Leader Mitch McConnell addressed the issue in his floor remarks Thursday, condemning this “misguided war powers resolution.” He also criticized Iran, calling out the government for its behavior in the Middle East.

“We must maintain the measure of deterrence we restored with the decisive strike on Soleimani,” McConnell said.

Kaine conceded that he and other supporters knew they could not get the two-thirds vote needed for the veto override, but he expressed hope that Trump would nonetheless hear the message of the resolution. He cited the example of when the U.S. government changed policy regarding aerial refueling for the Saudi-led war in Yemen, even though Trump vetoed a resolution directing U.S. involvement to end.

“The president doesn’t really care about Congress, but he does care deeply about voters. He cares deeply about voters, and when we put this resolution on his desk, and it’s bipartisan including some of his strongest allies in the Senate — not only voting yes but even being co-sponsors,” Kaine said. “We think just as in the Yemen instance it will make the president realize just how unpopular a rush into another war would be.”