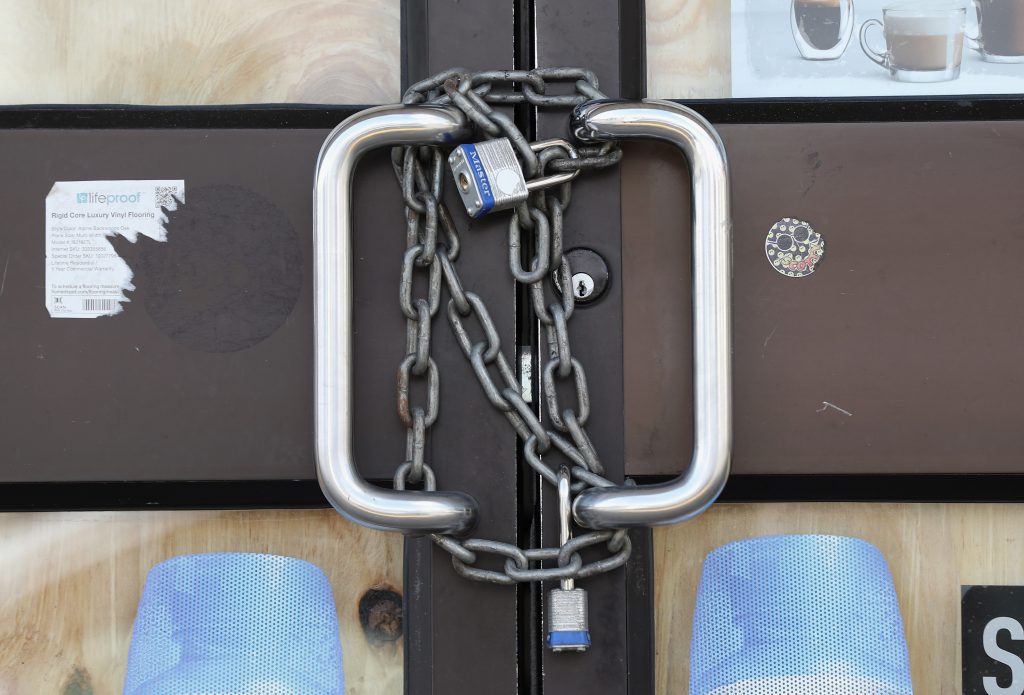 An emergency disaster lending program for small businesses has been so overwhelmed by demand that it has significantly limited the size of loans it issues, while blocking nearly all new applications from small businesses, according to people familiar with the situation.

The Economic Injury Disaster Loan program is a longstanding Small Business Administration program that’s separate from the new Paycheck Protection Program, which has challenges of its own.

Congress gave the disaster loan program more than $50 billion in new funding in recent relief bills to offer quick-turnaround loans to businesses slammed by the coronavirus pandemic. But by many accounts, it is failing spectacularly. After initially telling businesses that individual disaster loans could be as high as $2 million, SBA has now imposed a $150,000 limit without publicly announcing the change, said a person familiar with the situation who was not authorized to speak publicly.

Additionally, the agency has faced a backlog of millions of applications for the disaster loan program for the past several weeks, several SBA officials have said.

The SBA has been so overwhelmed by demand that it is now allowing only agricultural interests to submit applications, as it works through an enormous backlog. Key Republican senators had been pushing hard for farmers and agriculture companies to be able to tap the program, and they are now being prioritized over other prospective borrowers.

Agency officials have said the holdup is because of a lack of funding and an unprecedented crush of applications.

“At this time, only agricultural business applications will be accepted due to limitations in funding availability and the unprecedented submission of applications already received,” according to a statement on the SBA’s website.

SBA public affairs employees declined to comment on the new loan limit, and did not include it in a Monday news release about the program. James Rivera, who runs the program as associate administrator at the Office of Disaster Assistance, did not respond to a request for an interview.

The disaster loans program is different from the $669 billion Paycheck Protection Program (PPP), which is run by private banks and regulated by the SBA. While the PPP is focused narrowly on keeping small businesses from laying off employees and encouraging them to rehire workers, the disaster loans are meant as an economic lifeline to help small businesses survive the crisis. It is a preferred option for some of the smallest businesses because the loan size does not depend on the number of employees.

It is unclear how many of the loan applications have been processed under the Economic Injury Disaster Loan program, however. Although the SBA has released the total amount of loan funding approved under the Paycheck Protection Program, SBA public affairs staff members have not responded to requests for information about the total number of disaster loans that have been approved. The SBA has yet to release loan-specific data about either program.

The Economic Injury Disaster Loans program, known as EIDL, is a long-standing SBA program that is accustomed to dealing with geographically contained disasters such as hurricanes, tornadoes or forest fires. It was part of the federal response to Hurricane Katrina in 2005, Hurricane Sandy in 2012, and the forest fires that swept the U.S. West Coast last year.

The SBA’s Office of Disaster Assistance, which oversees the disaster loan program, has occasionally been criticized for moving too slowly.

The coronavirus presents a crisis that bears little resemblance to the natural disasters SBA has responded to in the past. The virus has shut down businesses in all 50 states at once and prompted more than 33 million job losses in nearly every industry.

Although the Paycheck Protection Program received significantly more funding from Congress, the disaster loan program is seen as a crucial component of the Trump administration’s coronavirus response.

However it was quickly overwhelmed by an unprecedented crush of applications in late March and early April as the economic crisis deepened. It received several million applications in the first few days it was activated, an SBA official told business owners in a recent webinar.

The program ran out of funding last month, prompting Congress to divert more resources to it. In late April, Congress allocated an additional $50 billion for the loans, alongside $320 billion for the Paycheck Protection Program, $75 billion for hospitals and health-care workers, and $25 billion for coronavirus testing programs.

The SBA’s failure to release detailed information on the disaster loans has prompting harsh criticism from members of Congress.

In a Wednesday letter addressed to SBA administrator Jovita Carranza, 103 members of Congress criticized the Small Business Administration for failing to communicate effectively. They urged the SBA to inform small businesses about where they stand in the application cue and also provide daily updates to Congress.

“Many small businesses have been without meaningful information from the SBA for weeks,” the lawmakers wrote.

In a separate letter, a bipartisan group of lawmakers asked for more information on a data breach that exposed nearly 8,000 businesses’ information online.

Sen. Marco Rubio, who has been closely involved in the small business lending programs as the leader of the Senate Committee on Small Business and Entrepreneurship, cheered the decision to provide loans to small businesses moving forward. The Florida Republican also promised close oversight of the program.

“I will continue to oversee congressional oversight efforts to ensure the agency is expeditiously processing EIDL grants and loans,” Rubio wrote in a May 5 press release. “It is imperative that those small businesses who have already submitted paperwork receive this assistance quickly.”