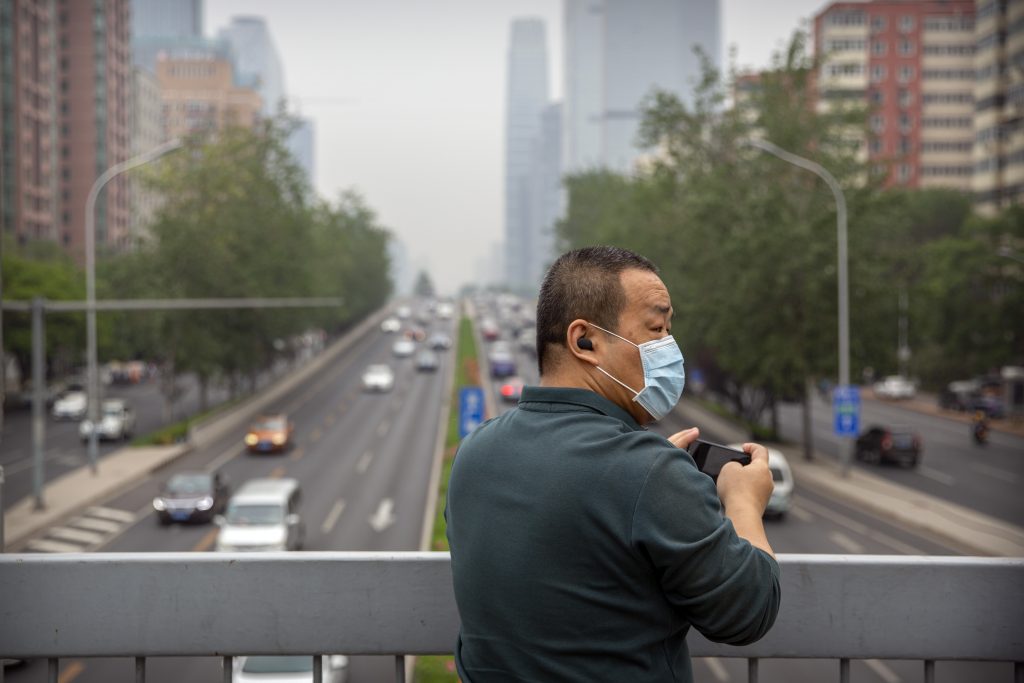 China declared its coronavirus risk level is now low and New Zealand was moving ahead Thursday on relaxing its pandemic shutdown even as health experts expressed growing dread that a potential second wave of deaths and infections could force governments to clamp back down.

Authorities in many countries were drawing up plans for how to cope with a resurgence in outbreaks even as they slowly work to reopen businesses and resume other activity halted to combat the pandemic.

Public health officials in the U.S. said they are worried as about half of states ease their shutdowns, with cellphone data showing that people are becoming restless and increasingly leaving home.

Many states have not put in place the robust testing that experts believe is necessary to detect and contain new outbreaks. And many governors have pressed ahead with reopening before their states met one of the key benchmarks in the Trump administration’s guidelines for reopening — a 14-day downward trajectory in new infections.

“If we relax these measures without having the proper public health safeguards in place, we can expect many more cases and, unfortunately, more deaths,” said Josh Michaud, associate director of global health policy with the Kaiser Family Foundation in Washington.

Newly confirmed infections per day in the U.S. exceed 20,000, and deaths per day are running well over 1,000. Cases are still rising steadily in places such as Iowa and Missouri and have fluctuated in Georgia, Tennessee and Texas.

Researchers recently doubled their projection of deaths in the U.S. to about 134,000 through early August. So far the U.S. has recorded over 70,000 deaths and 1.2 million confirmed infections, while Europe has reported over 140,000 dead, according to a tally by Johns Hopkins University.

China’s National Health Administration reported just two new cases on Thursday, both from overseas, and said the whole country now was at low risk of further infections after confirming no new deaths from COVID-19 in more than three weeks.

The last place downgraded from high to low risk in China, where the virus was first found late last year, was a county adjacent to the Russian border where the most recent spike in cases had been reported.

New Zealand would keep its borders shut, and restrict gatherings to 100 people or less. Masks and other precautions would be required as restaurants and schools reopen, she said. But Ardern called for vigilance.

“We think of ourselves as halfway down Everest,” Ardern said. “I think it’s clear that no one wants to hike back up that peak.”

Elsewhere around the world, German authorities have begun drawing up plans to cope with any resurgence of the virus and experts in Italy doubled down on finding new victims and tracing their contacts. France, which hasn’t yet eased its lockdown, has already worked up a “reconfinement plan” in the event of a new wave.

Worldwide the virus has infected more than 3.6 million people and killed over a quarter-million, according to the Johns Hopkins University tally, which experts agree understates the dimensions of the pandemic because of limited testing, differences in counting the dead and concealment by some governments.

A century ago, the Spanish flu epidemic’s second wave was far deadlier than its first, in part because authorities allowed mass gatherings.

Awareness of such risks has led some places, like hard-hit New York City, to adopt a cautious approach to reopening.

“My message to the rest of the country is learn from how much effort, how much discipline it took to finally bring these numbers down, and follow the same path until you’re sure that it’s being beaten back,” New York Mayor Bill de Blasio told CNN.

“If this thing boomerangs, you’re putting off any kind of restart or recovery for a lot longer,” he said.

Facing re-election with the economy engulfed in its worst slowdown since the Great Depression of the 1930s, President Donald Trump has encouraged states to reopen. Adding to pressure to revive activity, the U.S. unemployment rate for April, which comes out Friday, is expected to hit a staggering 16%.

But experts say the U.S. lacks the armies of public health workers required for aggressive contact tracing to stem outbreaks.

“We’re risking a backslide that will be intolerable,” said Dr. Ian Lipkin of Columbia University’s Center for Infection and Immunity, warning of risks from reopening bars and allowing sports events, concerts and other performances.