Technology The FDA is Using Expanded Powers to Fight the Coronavirus. Is There Any Going Back?
Health, Science & Technology 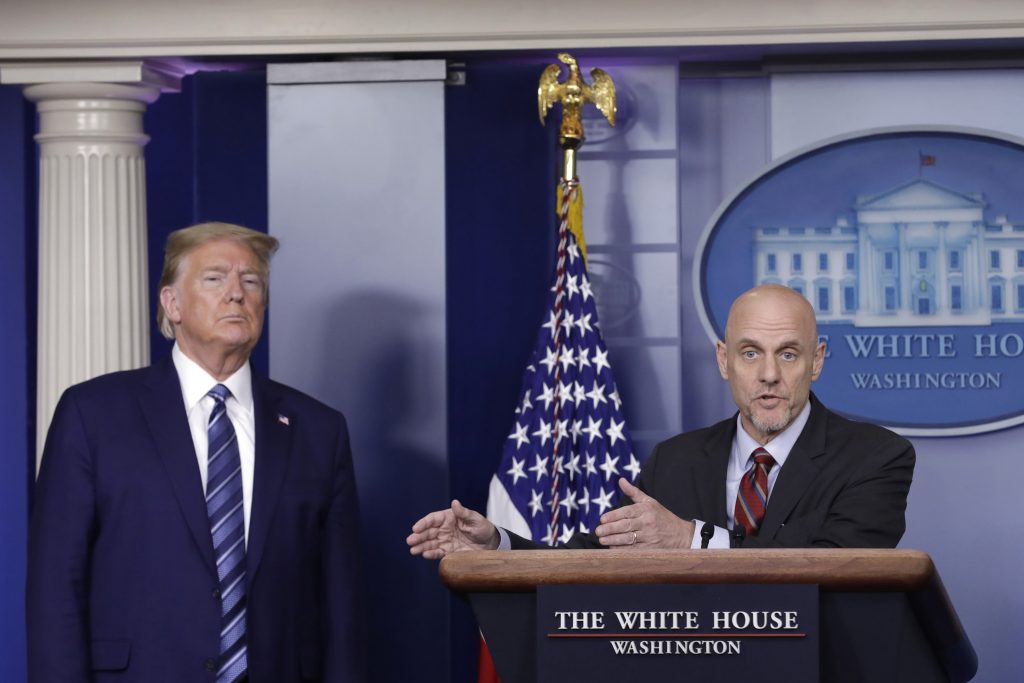 When the Food and Drug Administration allowed unproven coronavirus antibody tests to go to market in March, without validating their accuracy first, Regina Barrell worried about the consequences to the credibility of the agency where she had spent her career.

Consumer safety experts such as Barrell, a former FDA official who worked at the agency for 30 years, watched as over a dozen different tests reached the public, only to produce flawed, unreliable results.

As defects in the serology tests were discovered throughout April, another concern emerged. Hydroxychloroquine, a malaria drug pushed by President Donald Trump as a potential “miracle” treatment for those critically ill with COVID-19 and authorized by the FDA for emergency use, was proving harmful to the oldest, most vulnerable victims of the growing pandemic.

The FDA reversed course on both decisions in recent days. Last week, the agency warned doctors against the use of hydroxychloroquine on coronavirus patients, and on Monday it demanded companies that produce antibody tests prove their effectiveness.

But career public health officials saw these early developments as warning signs that a greased regulatory framework, put in place in the heat of an unprecedented crisis, could become a slippery slope inflicting long-term damage on the agency’s credibility.

As the FDA uses emergency powers to fast-track antibody testing, drug treatments and vaccine trials during the pandemic — circumventing regulations that have been honed for decades by public health officials — medical experts are asking if there is any going back.

“The question of false positives and false negatives goes to the heart of why these regulations are needed,” said Barrell. “We were always considered the gold standard in the world for health agencies — if you passed FDA muster, you got a gold star. For the agency to be impacted negatively one way or another would be a tremendous detriment not just to our country but to the world.”

Since the coronavirus outbreak became apparent in the United States, Trump and Vice President Mike Pence have called on the FDA to cut red tape obstructing diagnostic and serological tests, drug treatments and vaccine trials over half a dozen times from the White House podium.

But to the extent the Trump administration has acted with speed, it has primarily relied on emergency powers that were signed into law by former President George W. Bush in 2004 — motivated then by fears of a potential biological terrorist attack — and expanded upon during the Obama administration in 2013 with bipartisan support from Congress.

Those powers were designed to allow the FDA, housed in the Department of Health and Human Services, to quickly authorize the use of medical equipment, drugs, tests and gear in the event of a public health emergency — medical devices that had yet to secure approval under normal circumstances.

Public health officials say that, without those emergency authorities, the Trump administration would likely have relaxed FDA regulations in response to the crisis. That would have left the FDA without a framework in place to restore its pre-pandemic standards once the crisis ends.

“Obviously that was put in place to protect against backpedaling — ideally that’s the way things will be applied,” said Richard Frank, a Harvard professor who served as assistant secretary for planning and evaluation at the Department of Health and Human Services in the Obama administration. “But given that the devil is in implementation, how we go back to, in a sense, regular law if you will, is going to be very important. We want to go back to a world that prioritizes evidence-based treatment.”

Trump, who campaigns and governs as a businessman intent on cutting red tape across federal agencies, has repeatedly cited the removal of “unnecessary” bureaucratic hurdles as a top accomplishment of his administration in its response to the pandemic. And that is raising questions over whether he plans to allow those regulatory standards to return.

“We’ve launched an unprecedented effort to develop new treatments and therapies to battle the plague,” Trump said last month, hailing FDA Commissioner Stephen Hahn for the pace of his work.

“This extraordinary program is slashing red tape to speed in development,” Trump said. “If you look at what we’re doing in terms of the speed, it’s unrivaled. It’s totally unrivaled. There’s never been anything like it.”

“The agency will continue to evolve its approaches both during and after this public health emergency,” the FDA commissioner said, “with a focus on efficiently using the full breadth of our authorities to ensure the safety, quality and supply of FDA-regulated products and provide the industries we regulate with the tools and flexibility to do the same.”

FDA officials who spoke with McClatchy note that, while the emergency use authorizations are meant to be temporary, there are no timetables built into the law that strictly limit their use. They can last for however long the secretary of the Department of Health and Human Services deems them necessary — possibly for years in the case of the COVID-19 pandemic, if the crisis drags on.

One FDA official defended the agency’s initial guidance on antibody tests, telling McClatchy that “a higher level of flexibility was appropriate for antibody tests than for molecular tests that detect the presence of the virus” so that scientists could begin collecting large sets of data on the prevalence of COVID-19 early in the pandemic.

“The careful balancing of risks and benefits has shifted,” the official said.

Carpenter expressed confidence that the standards governing most of the FDA’s work — which regulate roughly 25% of all consumer spending in the United States — would remain unaffected by the pandemic fallout. But he predicted “a new normal” for testing and infectious disease research going forward.

“At some level, when you’ve got a lot of products coming out to the market, and people are saying, ‘many of them don’t work,’ that is a sign of the FDA not working,” Carpenter said. “They need to provide a floor for our beliefs.”

It is not only tests for antibodies — which determine whether an individual has recovered from COVID-19, the disease caused by the coronavirus — that have proved flawed. One rapid diagnostic test approved by the FDA, which debuted in the White House Rose Garden and was taken by the president himself, was recently found to produce false negative results roughly 15% of the time.