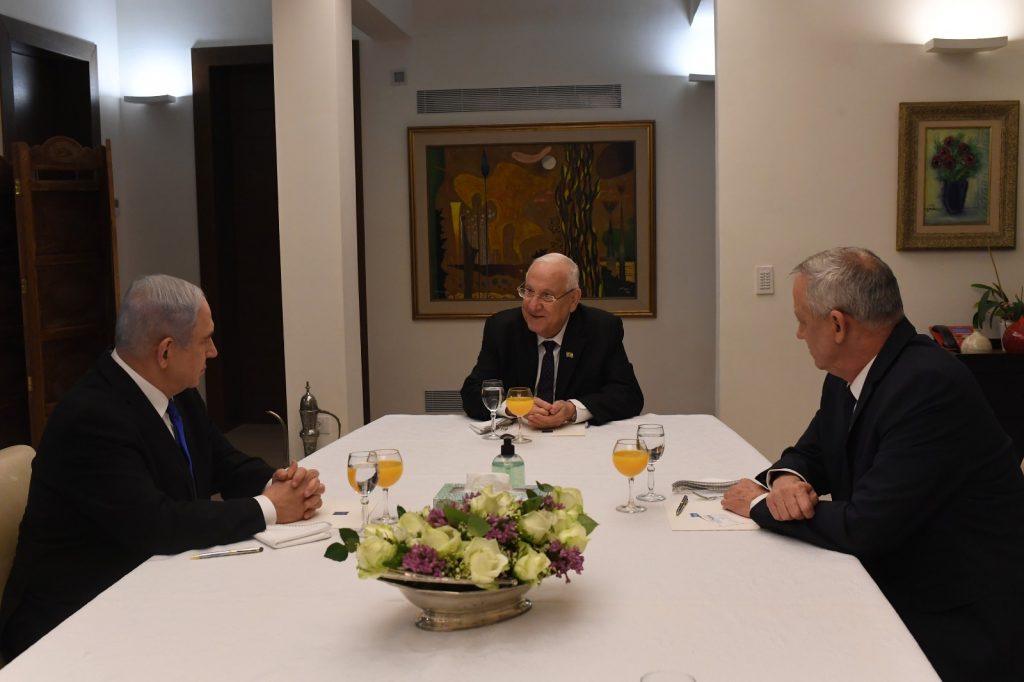 The Likud and Blue and White Parties said in a statement that representatives of their parties have presented President Reuven Rivlin with the signatures of 72 MKs who recommend that Prime Minister Binyamin Netanyahu be tasked with forming an “emergency national unity government” together with MK Benny Gantz.

The President’s Residence confirmed receiving the signatures. The deadline for the mandate in the Knesset was Thursday at midnight.

From the presumed coalition partners, the six MKs of the Yamina Party and Labor MK Merav Michaeli did not sign. Yamina announced Wednesday that they would not sign until a coalition deal with their party was arranged. It was a symbolic act, as there were more than the required 61 MKs who signed even without the Yamina MKs.

The new government is to be sworn in next Wednesday.