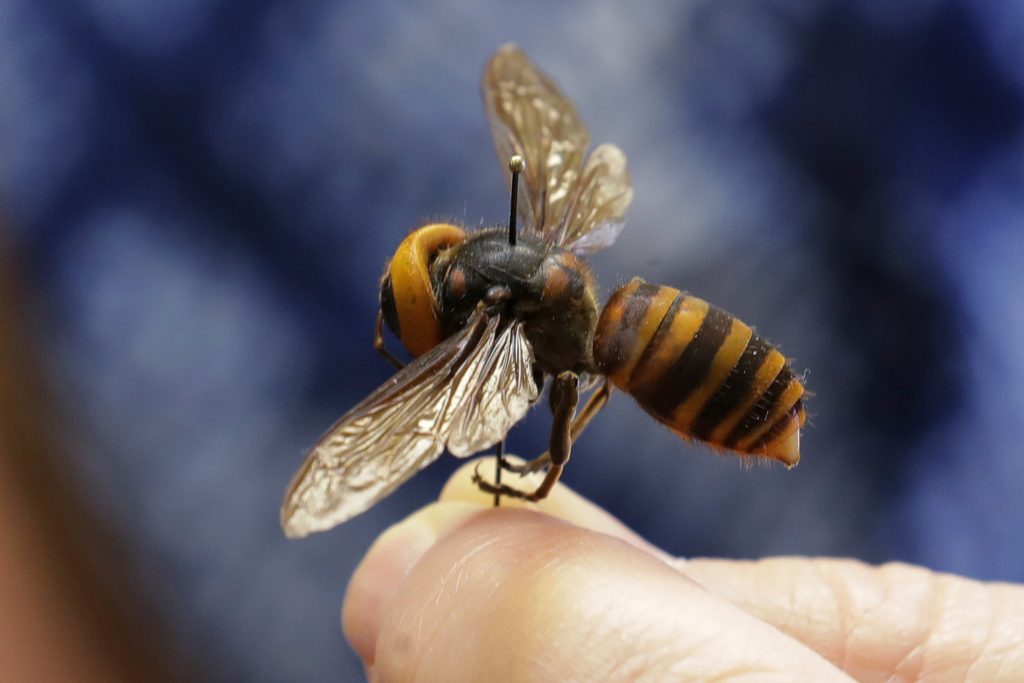 The agricultural division at University of Arkansas has been overwhelmed with phone calls about whether the world’s largest hornet has landed in the state, an expert said.

Jon Zawislak, an apiary expert and entomologist at the University of Arkansas System Division of Agriculture, said extension agents have been inundated with phone calls about the giant insect for four days. Beekeepers have expressed concern about the potential impact the insect could have on their livelihoods or hobbies, Zawislak noted.

The 2-inch insect, dubbed the “Murder Hornet” with an appetite for honey bees, was first seen in December in Washington state, where entomologists are planning to wipe it out.

In Arkansas, however, Zawislak said he can’t accurately predict the hornet’s potential arrival.

“I doubt we will see them, but if we do, it will be years and years from now, but you never know,” he told the Arkansas Democrat-Gazette.

The giant hornet, which is native to Asia, is often confused with the European hornet and the bald-faced hornet, both of which are common in Arkansas, Zawislak said. But examining their different colors can help tell them apart.

The European hornet has irregular yellow and black stripes. The bald-faced hornet is black with white stripes. Meanwhile, the Asian hornet has yellow-orange stripes in straight bands.

Zawislak explained that there’s a small window of time to recognize the emergence of an invasive species and work quickly to eradicate it.

“But an effective response requires a concerted effort between scientists, citizens and multiple levels of government agencies cooperating efficiently,” he said.