Israel Sec. of State Pompeo to Travel to Israel Next Week
Israel 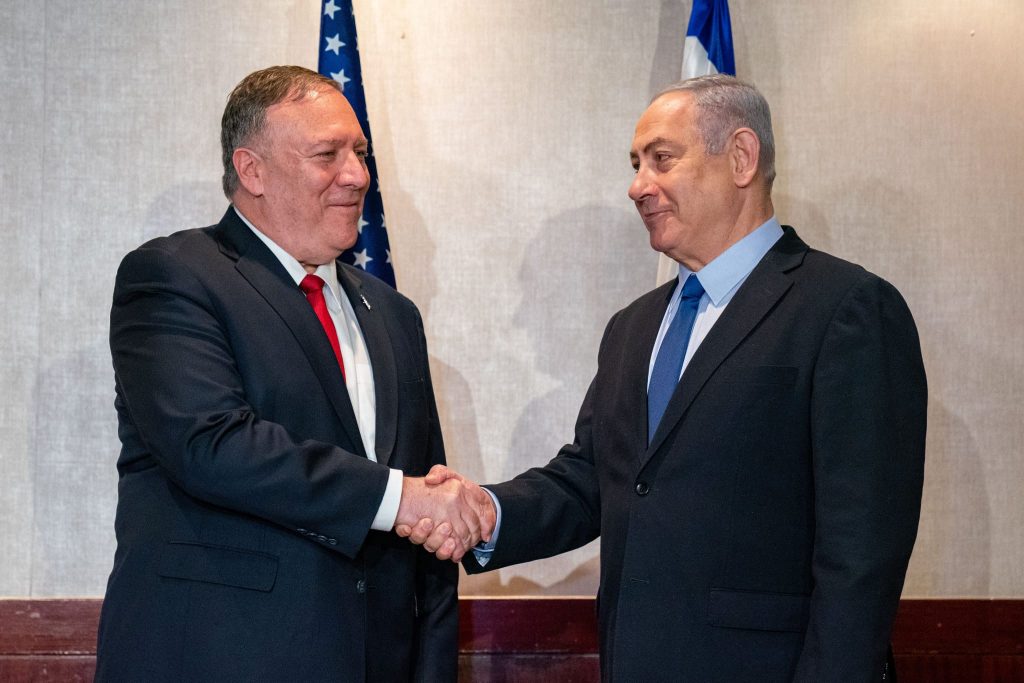 U.S. Secretary of State Mike Pompeo is expected to arrive in Israel next week, an Israeli source confirmed to Channel 13 on Wednesday.

This will be the first diplomatic visit to Israel since the country closed its borders to foreigners in light of the coronavirus pandemic. It will also be Pompeo’s first visit to a country outside the U.S. since the crisis.

According to the report, Pompeo is expected to land in Israel next Tuesday and stay for 24 hours before returning to the U.S.

The reason for Pompeo’s visit is unclear. He is to meet both with Prime Minister Netanyahu and Blue and White leader Gantz.

Pompeo’s visit comes after his statement last month that it was up to Israel whether to annex parts of Yehudah and Shomron.

“As for the annexation of the West Bank, the Israelis will ultimately make those decisions,” Pompeo said. “That’s an Israeli decision. And we will work closely with them to share with them our views of this in [a] private setting.”

Pompeo also said he was “happy” that Netanyahu and Gantz signed a deal to form a national emergency government, saying he did not think a fourth Israeli election was in Israel‘s interest.