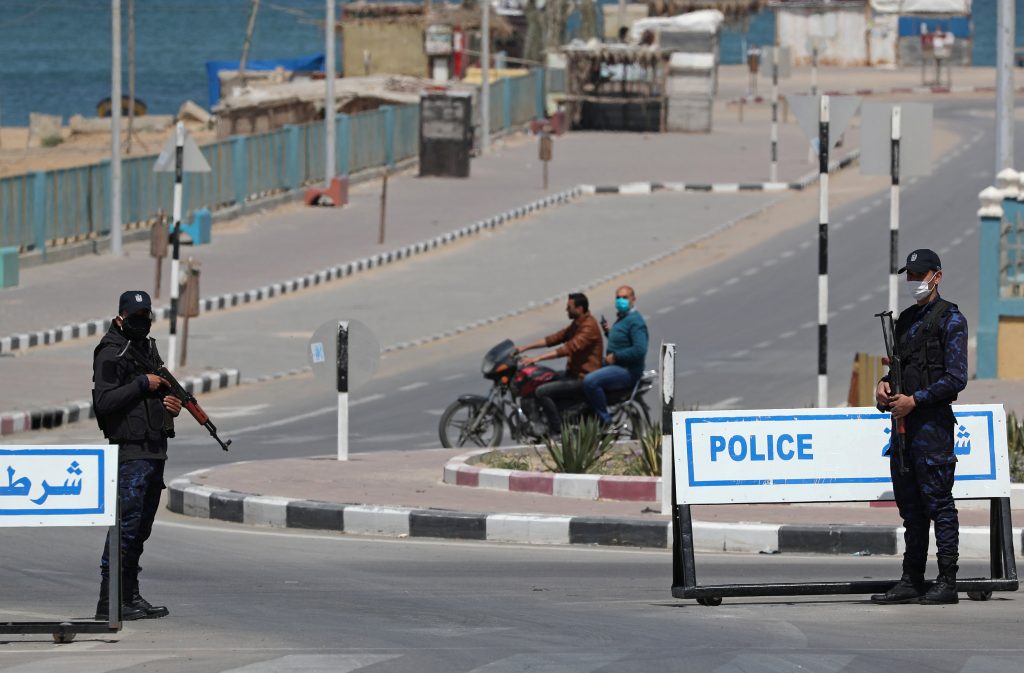 The IDF said Wednesday morning that it struck three Hamas terror posts in Gaza, in response to the first case of rocket fire from the territory in more than a month.

A rocket was fired from Gaza towards southern Israel late Tuesday and landed in an open field. It set off the red alert alarm in the region. In response, Israel targeted the Hamas positions. No injuries were reported on either side.

While no Palestinian terror group took responsibility for the fire, Israel holds the Hamas terror group responsible for any fire emanating from the Gaza Strip.

The typically volatile border has been quiet of late as Israel has been coping with a coronavirus outbreak and back-channel talks have been underway for a potential prisoner exchange.

The al-Qassam Bridgades, the military wing of Hamas, announced on Wednesday morning that one of its members from Gaza City had died after a terror tunnel he was working in collapsed. It is unclear if his death had any connection with the rocket fire or the IDF’s response on Tuesday night.

The last rocket fire from the Gaza Strip was reported at the end of March, when one rocket was fired from Gaza and fell in an open area in southern Israel. The IDF responded to the rocket fire in March by attacking “military positions and infrastructure used for underground activity by Hamas in the northern Gaza Strip,” according to the IDF Spokesperson’s Unit.

Earlier on Tuesday evening, the Al-Quds Brigades, the military wing of the Palestinian Islamic Jihad, announced new details concerning the Badr 3 rocket in a video, according to the Palestinian Sawa news, including information on its use in past clashes and on further development of the rocket that has made it more destructive and given it a further range.