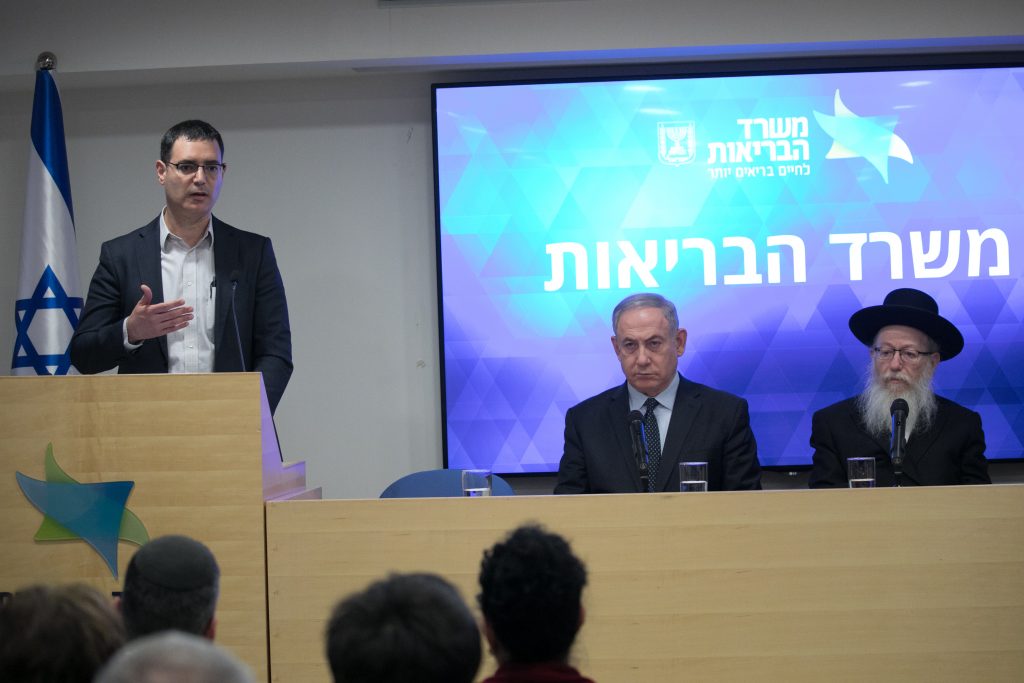 Moshe Bar Siman-Tov, director-general of the Health Ministry, said that Israel is preparing to conduct 100,000 serological tests to see how widespread the coronavirus is in the country ahead of a possible second wave.

These tests will show if the population has reached a critical mass of recoveries and asymptomatic cases that have created a “herd immunity” to the coronavirus.

In an interview with The New York Times on Tuesday, Bar Siman-Tov said that in the coming weeks, HMOs across Israel will conduct thousands of serological tests, with the goal of testing 100,000 Israelis for antibodies against the coronavirus.

“This is the most important mission: Get ready for the next wave, especially a wave during the winter,” Bar Siman-Tov said. “Luckily, the COVID-19 caught us post-influenza season. But we can’t assume that there’s not going to be a next wave or that it will be during the summer.”

He noted that if only a small percentage of Israelis have been exposed to COVID-19, Israel’s health system could struggle mightily to deal with a fresh outbreak of the virus.

If antibody tests show that a sizable portion of the population has developed antibodies, that could mean Israel is on its way to “herd immunity” and would be well equipped to withstand further outbreaks.

But if the tests show that only a tiny percentage of the population has been exposed, the country’s health system could still be overwhelmed by the spread of the coronavirus, Bar-Siman-Tov said. He said estimates of the percentage of Israelis with antibodies range widely, from less than 1% to upward of 10%.

“We want to know the truth,” he said.

If the testing would reveal that only 1% of Israelis have antibodies, in which case the number of people needing intensive-care beds in a future wave could exceed 12,000, that would be well beyond Israel’s capacity.

Testing is to begin in a week or two. Patients visiting their clinics for blood tests for ordinary reasons will be asked to allow their samples to also be tested for coronavirus.

They will also be asked to complete questionnaires about if and when they experienced COVID-19 related symptoms, whether they were isolated at home or hospitalized, who among their friends and relatives contracted the virus, and so on.

Those whose blood tests show the presence of coronavirus antibodies will be called back for a standard polymerase chain reaction, or PCR, test for the virus, to determine the correlation between viral load and antibody levels, Bar-Siman-Tov said.

“There are so many things that we can learn and research, if we plan it correctly,” he said.