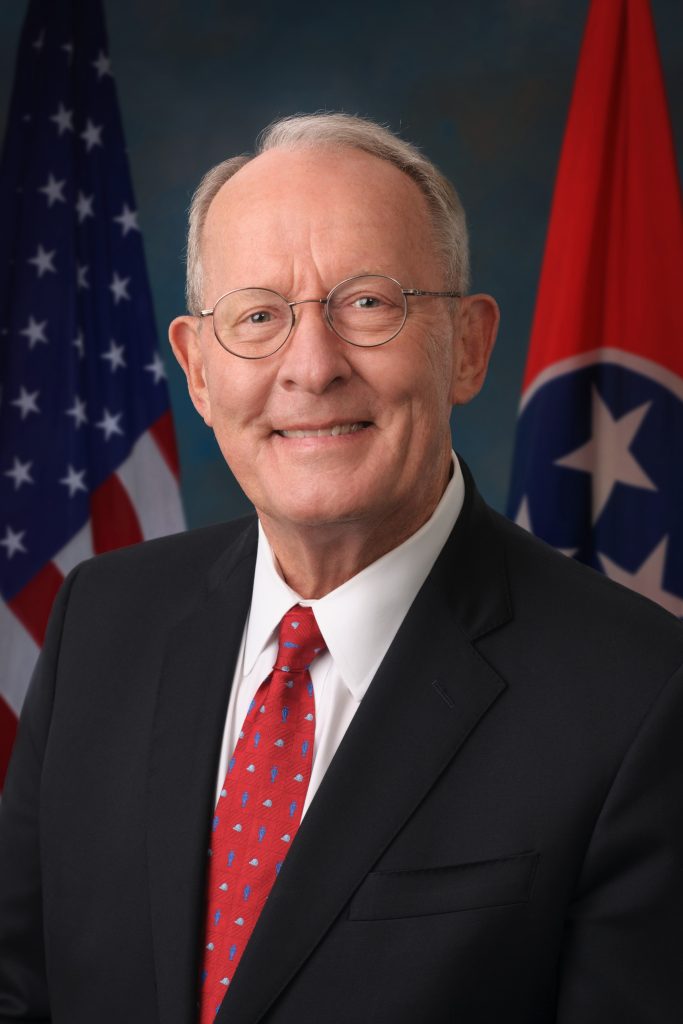 The sense of gravity – and mortality – settled in this week as most senators returned for the first full sessions since they bolted out of the Capitol in late March ahead of the growing coronavirus pandemic here in Washington.

Now, after a couple days back, there is a growing bipartisan consensus that members of Congress need to avoid becoming super-spreaders of the virus akin to soccer fans in Italy and Mardi Gras celebrants in New Orleans.

“Members of Congress would represent sort of a virus-spreading machine, coming in here to a coronavirus hot spot and then going home,” Alexander told reporters Tuesday.

With Pelosi hoping to call the House into session next week, Alexander contends that at minimum every lawmaker should have to receive one of the quick coronavirus tests that are now frequently used at the White House before they get on a flight back to their respective districts.

In fact, no one had even asked the Senate’s health committee chairman about the issue after he left the weekly GOP policy lunch. But after walking a hallway for nearly 200 feet, Alexander turned around and walked back to several reporters to make that point, unprompted.

“It doesn’t make a lot of sense to fly people, 535 people, in from all over the country, to a coronavirus hot spot, and then send them home on Thursday or Friday. It would take an army of public health workers to track and trace all the people they might have exposed,” he told reporters.

Alexander, a respected senator known for bipartisan bona fides, is retiring and can speak more freely than his peers, without fear of political fallout, and he has known McConnell for decades.

Some rank-and-file Democrats, who already questioned the rationale for returning to Washington, agree with Alexander’s prescription for testing lawmakers before they travel home.

Sen. Roy Blunt, R-Mo., also a close McConnell ally, said he talked with Brian Monahan, the head of the congressional Office of Attending Physician, about tests the Air Force has procured that could be used in the Capitol on both lawmakers and staff, using unoccupied space in the basements of the Senate office buildings as test centers.

“It’s dealing with a group of people that uniquely come together and spread out all over the country, in a way that tries to be respectful to other people’s health-care needs,” Blunt, chairman of the Senate Rules Committee, said Wednesday.

He noted most lawmakers had to use connecting flights to get home, just as he does when he travels to Springfield, Missouri.

In a Friday night tweet, Health and Human Services Secretary Alex Azar announced he would make available to Congress three testing machines and 1,000 of the coronavirus tests, which can yield a result within a few minutes. That followed news reports of Monahan informing congressional leaders that his office did not have enough capacity to perform regular tests on lawmakers.

But on Saturday, Pelosi and McConnell, in a rare joint statement, rejected those tests because so many other workers on the front lines of fighting the virus do not have access to such tests.

McConnell and Pelosi continue to stand by their statement.

“The testing organization said to us, ‘You’re not next. We can bump you in line and push other people out of the way, but you’re not – you’re not next in terms of essential workers for this,’ ” Pelosi said Monday during a CNN appearance.

Alexander says it would be a far worse event – both to those fighting the virus and for political appearances – if members of Congress become the transmission point of the disease to the very constituents they have sworn to represent under the Capitol dome.

This strange series of events came amid a surreal few days in Washington, as all but a few senators donned masks as they went about their business, under federal recommendations for face coverings to protect against the virus’ spread.

Committee hearings were held in the most cavernous rooms in the Senate office buildings across the street from the Capitol, with less than a handful of senators on hand at any given time.

Sen. Thom Tillis, R-N.C., stayed in his office, one floor above the room where the Senate Judiciary Committee met for a nomination hearing, to question the witness over video conferencing.

Ohio Sen. Sherrod Brown, the top Democrat on the Senate Banking Committee, beamed in from his home in Cleveland on Tuesday to question a nominee, the sound of his dog barking clearly overheard at times in the background.

Brown is among the seven senators – six Democrats and one Republican – who have chosen not to return to the Capitol this week. Three more Republicans and four Democrats have missed at least one vote this week.

Some senators, including King and Sen. Richard Shelby, R-Ala., returned this week but do not plan to travel on weekends and will wait to return home until there is an extended legislative break.

This will reduce their travel time and cut their potential exposure to the virus, or exposing others to it if they are asymptomatic carriers. Also, some states have strict rules on incoming travelers.

“So if I went home tomorrow, I’d have to quarantine for 14 days under the policies of our governor,” King said of Maine’s emergency declaration.