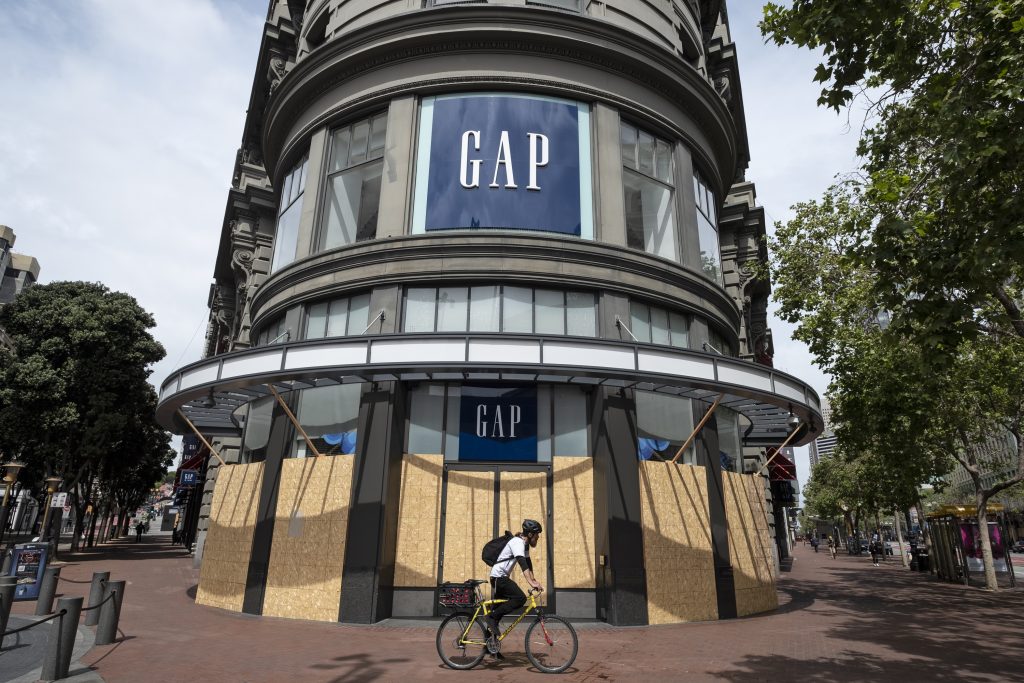 are among a growing group of national retailers that will gradually reopen their stores in the coming weeks as states emerge from coronavirus lockdowns, even as the U.S. death toll from covid-19 continues to rise.

Dozens of U.S. shopping malls — in Alaska, Indiana, Texas and others states — reopened this weekend, though many of the stores inside remained shut. But that is beginning to change: Macy’s resumed operations at 68 stores Monday. Best Buy, Coach and Kate Spade stores have announced plans to come back online as more states and localities lift lockdown restrictions.

Gap, meanwhile, says it will reopen as many as 800 North American stores — which include Old Navy, Banana Republic, Janie and Jack, Athleta and Intermix — this month, starting with a “small selection” of locations in Texas this weekend.

But the company said stores will look and feel a bit different: Restrooms and fitting rooms will be closed, and returned items will be quarantined for 24 hours before being placed back on shelves. Employees will be wearing face masks, and hand sanitizer dispensers will be added near front doors and cash registers.

Shopping hours will be reduced, and the flow of customers will be “actively” monitored in stores. It also plans to expand curbside pickup, which currently is available at 75 stores.

“Our top priority remains the health and safety of our employees, customers and communities,” Gap said in a statement Wednesday. “As customers’ lives have shifted, so have the ways we’re meeting their needs.”

Much of the industry is struggling to make ends meet after widespread shutdowns brought in-store sales to a halt in March. Gap was among dozens of retailers that didn’t pay rent in April. Others have canceled orders and cut executive pay in a bid to save cash. More than 200,000 stores have been temporarily closed since March, cutting into retailers’ profits and straining their finances.

Nordstrom said this week that it will permanently close 16 stores and will gradually reopen the rest. It will limit the number of customers and employees at its 100 namesake department stores and 247 Nordstrom Rack outlets, and will provide facial coverings for workers, vendors and shoppers. Its stores have been closed since March 17.

“We’ve been investing in our digital and physical capabilities to keep pace with rapidly changing customer expectations,” chief executive Erik Nordstrom said in a Tuesday news release. “The impact of COVID-19 is only accelerating the importance of these capabilities in serving customers. More than ever, we need to work with flexibility and speed.”

The company did not identify which stores would close permanently as part of a broader restructuring that is expected to save the company $150 million a year.