Israel El Al to Extend Halt on All Flights Until End of May; Flights to Greece, Cyprus Under Discussion
CoronavirusIsrael 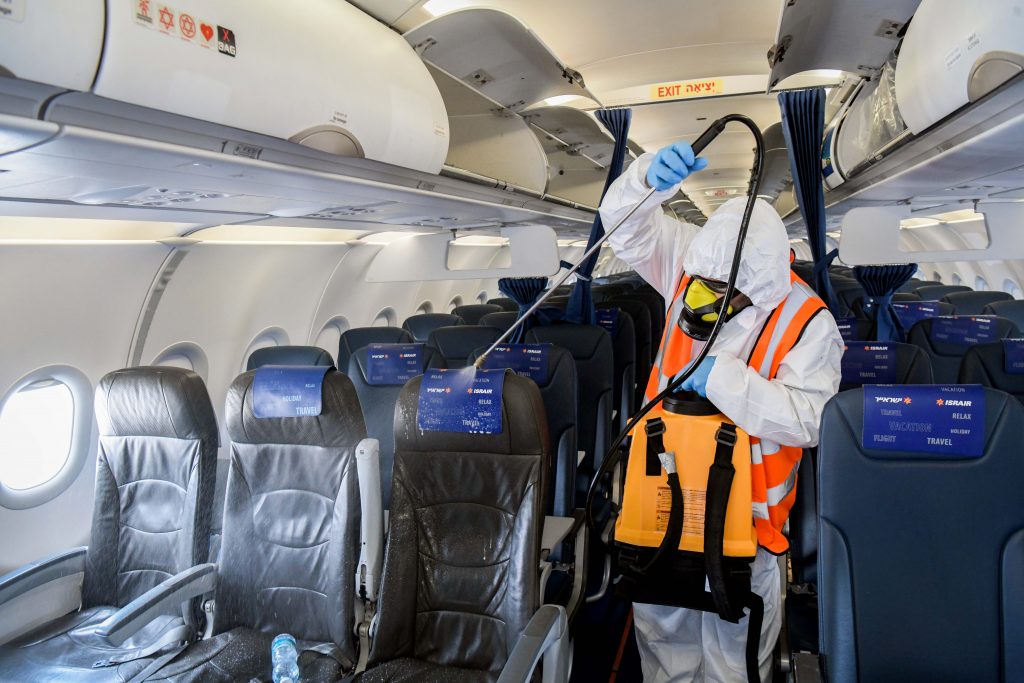 El Al announced Tuesday that it will extend its halt on all scheduled flights to and from Israel until May 30, with the exception of cargo flights and one-off services.

El Al said that the decision was based on new measures announced by the Health Ministry on Monday, which did not include lifting the requirement on self-quarantine of passengers arriving in Israel or enabling non-Israeli citizens to enter the country, which will thus continue to slow international travel.

On Monday, El Al said that it will operate “special” return flights from Ben Gurion Airport to London Heathrow and Paris Charles de Gaulle on May 11 and May 14, as well as 60 humanitarian cargo flights from Wuhan, China, to several major European cities via Israel.

El Al will initially operate 15 weekly cargo flights from Wuhan Tianhe International Airport to Ben Gurion Airport, followed by nine weekly flights to London, three to Paris, France, and three to Frankfurt, Germany. The international airport in Wuhan – the city in which the COVID-19 outbreak originated – reopened in early April after two months of closure.

Meanwhile, officials in the Israeli Tourism Ministry said that there have been discussions between Tourism Minister Yariv Levin and his counterparts from Greece and Cyprus on the possibility of returning flights between these three countries, due to the low coronavirus figures in the countries.

Israel is cautiously examining the Greek initiative, which would not go into effect at least until mid-June, which was reported by Kan. The discussions on the matter are in very early stages and Israel is still checking whether such a safe zone would be possible, a Foreign Ministry source said.

One of the major obstacles to creating a safe zone for tourism between the three countries is the mandatory two weeks of quarantine for arrivals in Israel from abroad. Another issue is that Greece and Cyprus are both EU member states that have open borders with the rest of the Schengen Area under normal circumstances.

In addition, discussions have recently been held between the NSC, the Transportation Ministry and the Airports Authority to prepare for the future possibility of the return of flights.