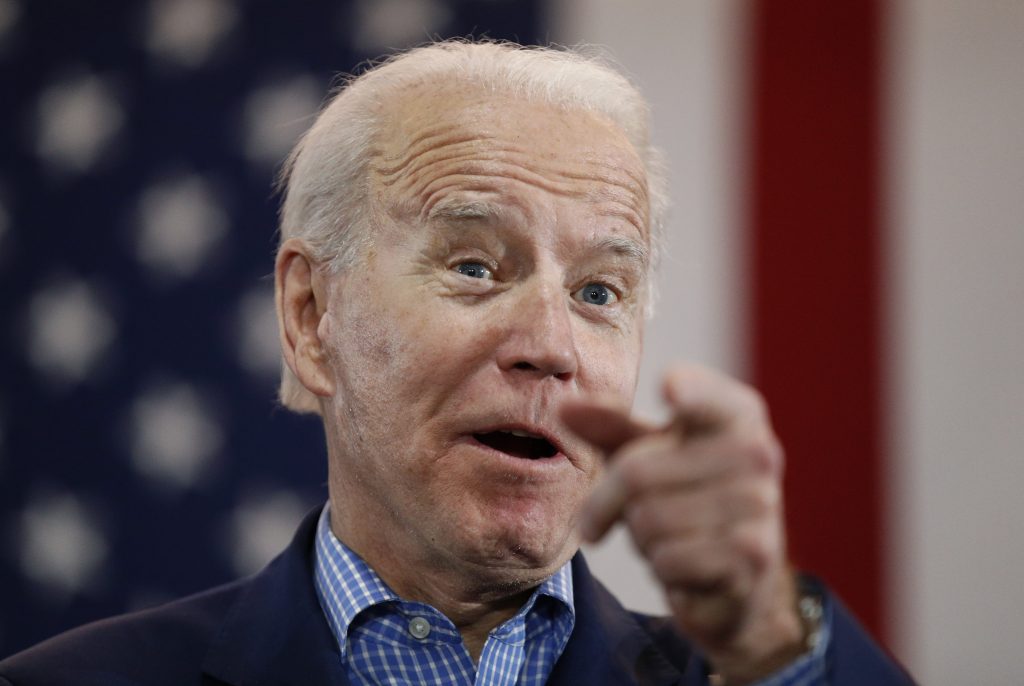 The Democratic party continued on Wednesday to veer away from decades of staunch support for Israel, as its presumptive presidential nominee Joe Biden and a group of former foreign policymakers expressed opposition to any unilateral annexations of Yehuda and Shomron by Israel.

Biden’s latest statement on the Mideast, in which he said “A priority now for the cause of Israeli-Palestinian peace should be resuming our dialogue with the Palestinians and pressing Israel not to take actions that make a two-state solution impossible,” was in line with a statement to the Council on Foreign Relations last August, in which he said “Israeli leaders should stop the expansion of West Bank settlements and talk of annexation that would make two states impossible to achieve.”

Also on Wednesday, more than 30 former Democratic foreign policy officials urged the Democratic National Committee to incorporate that position in the 2020 platform:

“It should include clear opposition to ongoing occupation, settlement expansion and any form of unilateral annexation of territory in the West Bank as well as clear opposition to violence, terrorism and incitement from all sides,” the group said in a letter to the DNC.

The letter also stipulated that “the 2020 platform should expressly state a commitment to a resolution of the conflict that ensures both Israel’s security and future as a Jewish and democratic state with equal rights for all its citizens, as well as Palestinian rights, including self-determination, security and freedom.”

The statements come on the same day that U.S. Ambassador to Israel David Friedman said that Israeli annexation of parts of Yehuda and Shomron, as provided for in the Trump peace plan, could come in a matter of weeks. It was not for the U.S., but for Israel, to decide, he said.

Friedman explained that several processes must be completed prior to this move, saying the timetable depends mainly on Israel, but made it clear that Washington does not plan to impose any new conditions for the move.

Under the coalition deal between Prime Minister Binyamin Netanyahu’s Likud and the Blue and White party, the next government can begin passing legislation to annex Jewish communities in Yehudah and Shomron and the Jordan Valley after July 1, though the prospective government has yet to be formed.

The letter—which the JTA said was organized by the left-wing J Street, whose endorsement was ‘enthusiastically accepted” by Biden—was signed by national security veterans from the Obama administration, including Ben Rhodes, Phil Gordon and Rob Malley, and peace negotiators Ilan Goldenberg, Frank Lowenstein and Martin Indyk, who also served as U.S. ambassador to Israel in the Clinton administration.

Their missive explicitly noted a desired change in the official Mideast policy of the Democratic party, as it criticized past platforms for neglecting the Palestinian issue and for ignoring Israeli actions they regard as undermining the prospects of a two-state solution .

“Past party platforms have rightly stated a commitment to Israel’s security and included condemnations of threats and actions against our ally, in addition to embracing a two-state outcome,” the letter says.

“​Those platforms have, however, also been nearly silent on the rights of Palestinians, on Israeli actions that undermine those rights and the prospects for a two-state solution, and on the need for security for both peoples.”

“We ask that the platform address these issues — each of which has been exacerbated under the current administration — to make clear what a comprehensive effort to achieve a two-state solution to the Israeli-Palestinian conflict should look like under a future Democratic administration,” they wrote.