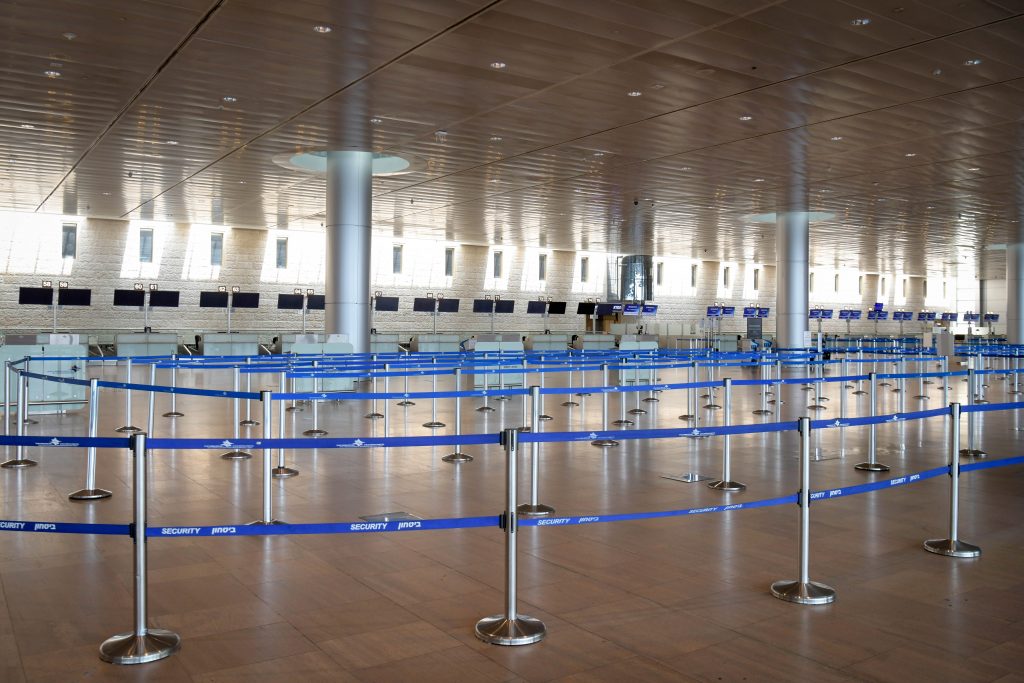 The Central Bureau of Statistics released figures Wednesday on arrivals and departures at Ben Gurion Airport in April, which show the dramatic effect the coronavirus crisis has had on the country’s tourism and the airport industry.

Only 600 foreigners entered the country in April, compared to 428,000 in 2019. Foreign citizens have largely been banned from entering the country amid the pandemic, and even Israelis returning home need to quarantine for two weeks.

Meanwhile, Ofer Lefler, a spokesman for the Airports Authority, told Channel 12 News there’s a “very good chance” that either a government or private lab will soon make available a 45-minute test to enable Israelis to fly overseas with a “medical passport” showing that they are healthy, which will drastically cut the need of two weeks in isolation upon return.

Earlier this week, Austria begun resuming air travel on the basis of these tests in the airport.

On Monday, Prime Minister Binyamin Netanyahu announced the resumption of domestic flights within weeks, and said Israel was looking to “reconnect to the world” without risking new contagion from overseas coronavirus epicenters.