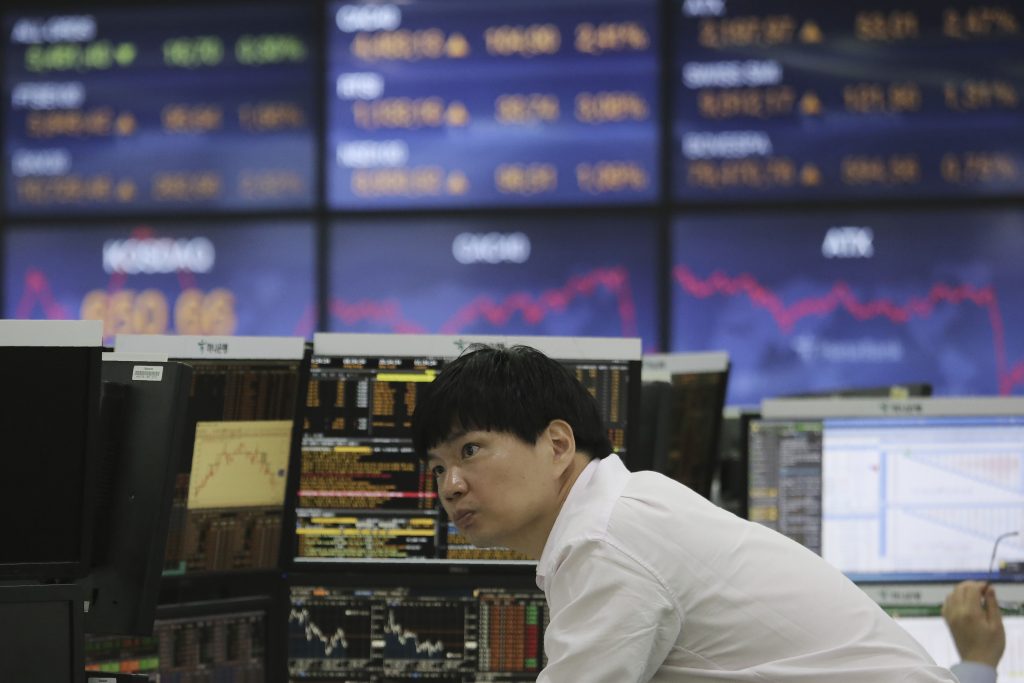 Investors are increasingly optimistic as European countries and some U.S. states allow businesses to reopen despite warnings coronavirus infections are still rising in areas such as Brazil and economic recovery could be some way off.

President Donald Trump, running for re-election in the midst of a slump that has thrown more than 20 million Americans out of work, said Tuesday he wants the U.S. economy to reopen but acknowledged some people will be “badly affected.”

Asked whether there might be deaths as curbs ease, Trump told ABC News, “It’s possible there will be some.”

“The view that the benefit outweighs the costs had invited the market to largely shrug off the concerns here,” despite Trump’s “acknowledgement of more fatalities,” said Jingyi Pan of IG in a report.

Sydney’s S&P-ASX 200 lost 0.3% to 5,388.90. Benchmarks in New Zealand and Singapore advanced while Jakarta declined. Bangkok was closed for a holiday.

On Wall Street, the benchmark S&P 500 index closed 0.9% higher on Tuesday after losing about half its early gains in a burst of afternoon selling. Technology and health care stocks accounted for much of the gains, which followed a strong showing in overseas markets.

Many analysts are skeptical of the rally. They say it is overdone given uncertainty about how long the recession will last. But the S&P 500 has recovered more than half its losses in a sell-off earlier in the year.

China, where the pandemic began in December, has allowed factories and some other businesses to reopen. France, Spain and other European governments are taking similar steps.

U.S. states including Texas and South Carolina have allowed restaurants and some other businesses to reopen. California might allow some retailers to resume serving customers this week.

Still, the deputy chairman of the U.S. Federal Reserve, Richard Clarida, said Tuesday the economy needs more support from the central bank and possibly additional government spending before it can recover.

Expectations for stronger demand for oil as more businesses get the green light to open helped drive oil prices higher.

A report released Tuesday showed the U.S. services industry shrank for the first time in a decade last month, but it caused barely a ripple in the stock or bond market.

Hopes that economic revival will boost energy demand helped to lift oil prices that had plunged to record-setting lows.

In energy markets, benchmark U.S. crude fell back, giving up 16 cents to $24.40 per barrel in electronic trading on the New York Mercantile Exchange. The contract jumped 20.5% on Tuesday to settle at $24.56.