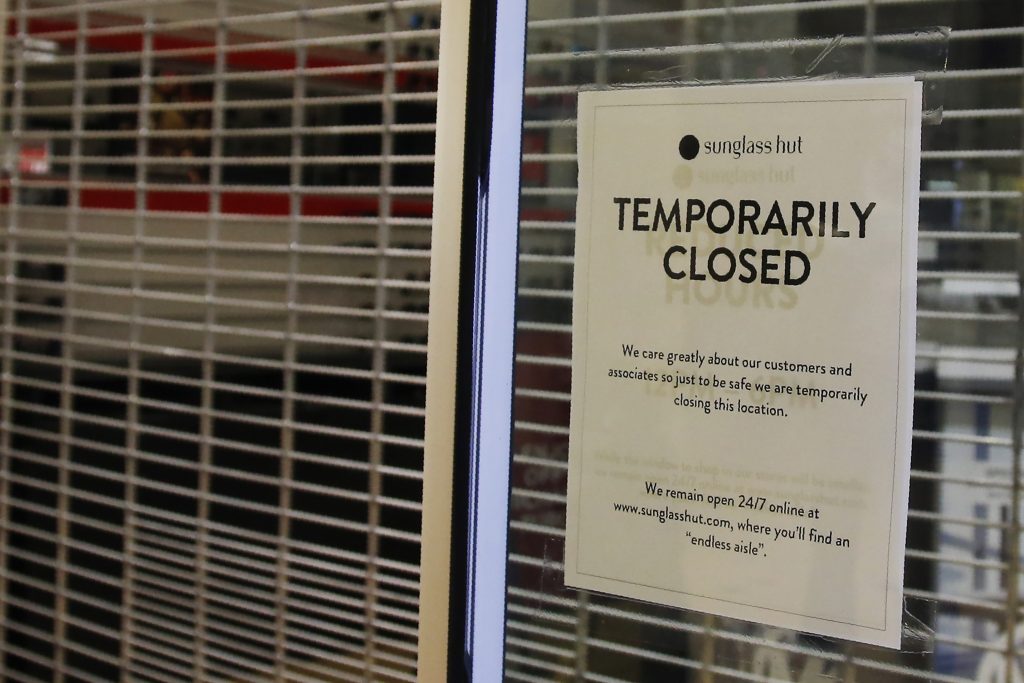 The economic catastrophe caused by the viral outbreak likely sent the U.S. unemployment rate in April to its highest level since the Great Depression and caused a record-shattering loss of jobs.

With the economy paralyzed by business closures, the unemployment rate likely jumped to at least 16% — from just 4.4% in March — and employers cut a stunning 21 million or more jobs in April, economists have forecast, according to data provider FactSet. If so, it would mean that nearly all the job growth in the 11 years since the Great Recession had vanished in a single month.

Yet even those breathtaking figures won’t fully capture the magnitude of the damage the coronavirus has inflicted on the job market.

Many people still employed have had their hours reduced. Others have suffered pay cuts. Some who’ve lost jobs won’t have been able to look for work amid widespread shutdowns and won’t even be counted as unemployed. A broader measure — the proportion of adults with jobs — could plunge to a record low.

“What we’re talking about here is pretty stunning,” said Diane Swonk, chief economist at Grant Thornton. “The shock is unique because the cause is unique. It’s such a different animal from anything that we’ve ever seen.”

The government will issue the April jobs report on Friday morning. On Thursday, it will release the latest weekly report on applications for unemployment benefits. It will likely show that about 3.5 million people sought jobless aid last week. That would bring the total number of layoffs to nearly 34 million since the shutdowns began seven weeks ago.

That figure is much larger than the expected April job loss because the two are measured differently: The government calculates job losses by surveying businesses and households. It’s a net figure that also counts the hiring that some companies, like Amazon and many grocery stores, have done despite the widespread layoffs. By contrast, the total jobless claims is a cumulative figure that includes aid applications that began in March.

Still, the job loss for April may be much larger than expected, with most economists acknowledging that their usual models might not work as well in a collapsing job market. Swonk notes that several million unauthorized immigrants who weren’t able to file for unemployment benefits were nevertheless probably laid off last month. Those jobs losses would be counted, though, in the government’s surveys. Swonk estimates that April’s job loss could total as high as 34 million.

Companies are still cutting jobs in the midst of a severe downturn, with the economy possibly shrinking at an unheard-of 40% annual rate in the April-June quarter. GE Aviation said it is cutting up to 13,000 jobs. Uber will shed 3,700 positions.

Amy Egert, a dental hygienist in Severn, Maryland, was laid off in mid-March. She was told she could return a month later, but she’s still waiting and it’s unclear when she will able to go back. She monitors Maryland statistics on coronavirus cases in hopes that the figures will show enough of a downward trend for her to work again.

She is receiving the extra $600 in unemployment included in the government’s relief package but still wants to return.

“I’ve got diabetics out there that haven’t had their teeth cleaned,” Egert said. “They come every four months, and I’m thinking they’re going to be a mess.”

Even as the unemployment rate reaches dizzying heights, it will likely be held down by several factors. The Labor Department counts people as unemployed only if they’re actively searching for work. Yet many laid-off workers may be discouraged from looking for a new job given that so many non-essential businesses are closed. Others may stay home to protect their health. Still others may feel they have to stay with children who are home from school.

In addition, some workers on temporary layoff might be incorrectly classified as what the government calls “employed, but absent from work.” This can happen if employees assume they will return to their jobs once their employer reopens. In March, the Labor Department said that such misclassification by its survey takers — who have never before dealt with pandemic-related shutdowns — lowered the unemployment rate by a full percentage point.

Jason Faberman, senior economist at the Federal Reserve Bank of Chicago, says that including those workers, as well as millions who still have jobs but who have been reduced to part-time status, could raise a broader gauge of what’s called under-employment to 25% or higher on Friday.

Alexander Bick and Adam Blandin, economists at Arizona State University and Virginia Commonwealth University, respectively, have conducted two surveys since the virus outbreak began that mirror the government’s monthly survey that it uses to calculate the unemployment rate. They conclude that the proportion of American adults in their prime working years — 25 through 54 — who have jobs, fell to just 60.4% in April, the lowest on record.

They also noted that millions of Americans have had their hours cut in April.

“We have never had such low hours” worked, on average, for each employed person, Bick said.