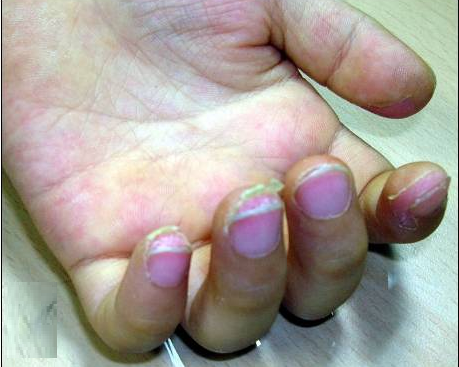 New York City health authorities warned this week of an unusual and potentially serious inflammatory condition possibly linked to covid-19 that they have seen in 15 hospitalized children.

The children, ages 2 to 15, experienced persistent fever and elevated inflammatory markers, similar to a syndrome known as Kawasaki disease. More than half had a rash, abdominal pain, vomiting or diarrhea. Fewer than half had respiratory symptoms.

All of the patients described in a bulletin issued Monday were admitted to intensive care and required cardiac or respiratory support, including five who required mechanical ventilation. None have died.

At first, it was just a handful of puzzling cases, Jane Newburger recalled. Other doctors had contacted her describing children with covid-19 coming to emergency rooms in bad shape with a kind of inflammatory shock syndrome atffecting multiple organs.

Some were screaming from stomach pain. Others had bubbles, or swelling, in the arteries of their hearts.

By Saturday night – when Newburger and 1,800 other worried pediatric specialists, including representatives from the Centers for Disease Control and Prevention and the National Institutes of Health, convened on a Zoom call to discuss the phenomenon – hospitals worldwide had identified about 100 similar cases. About half are in the United States.

“Not in my lifetime have I seen anything remotely similar to what’s going on right now,” said Newburger, director of the cardiac neurodevelopment program at Boston Children’s Hospital.

Doctors across the United States emphasized that the numbers, which represent children hospitalized in New York from April 17 to May 1, are very small. They stressed that the vast majority of children infected with the novel coronavirus have mild symptoms or none at all. They also noted that they are early in their research and that it’s possible that the inflammatory condition may be caused by something other than covid-19.

The cases appeared to have some characteristics of a disease known as Kawasaki disease. The cardiologists, rheumatologists and critical-care doctors in the meeting were also struck by their unusual timing and location. They started three to four weeks after the big wave of adult sickness, mostly in Europe and up and down the Eastern Seaboard of the United States, where covid-19 had hit hard.

The number of affected children is still very small, relatively speaking, much lower than the number seriously ill from the flu during a similar time frame. And most have responded well to treatment.

“I’m thinking of it kind of like the tip of the iceberg,” said Jane Burns, a professor of pediatrics at the University of California at San Diego School of Medicine. “There’s this very small number of patients, thankfully, who are presenting with this shock syndrome, at the same time that there are a large number of [covid-19] patients in the same community,”

Burns, along with other doctors, emphasized that parents should not panic. The vast majority of those younger than 18 who are infected with the coronavirus have only mild symptoms or none at all. And researchers aren’t certain whether the condition is caused by covid-19 or something else. Those with “pediatric multi-system inflammatory syndrome,” as doctors call the new illness, are “a small genetic subset of children who appear to be susceptible to this crazy thing,” she said.

But the strange nature of the cases in mostly previously healthy children, and its potential link to a virus that has delivered near-constant surprises, has put the medical community on high alert.