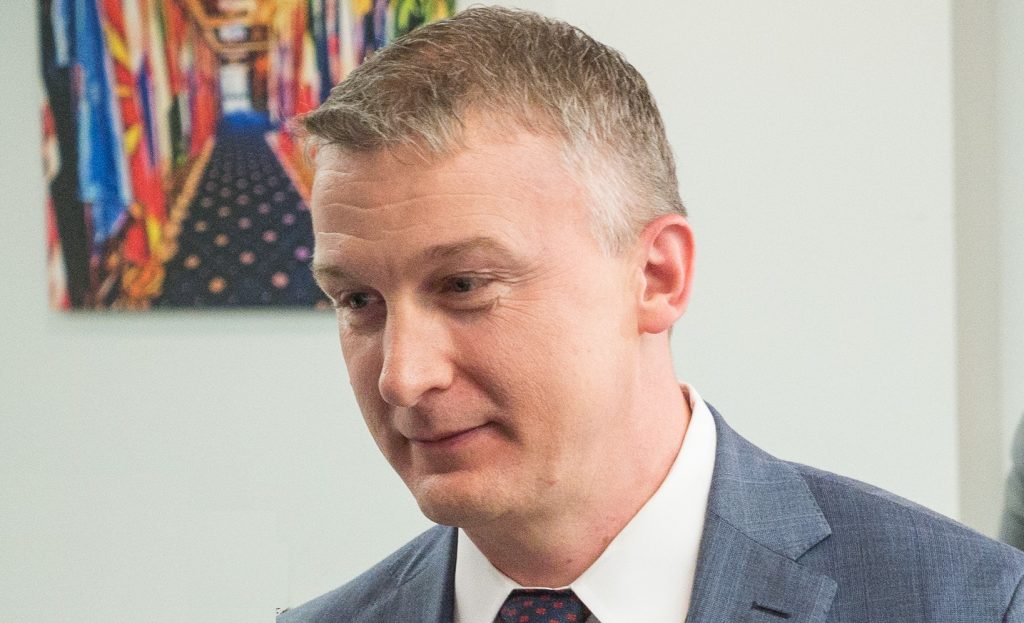 A government scientist was ousted after the Trump administration ignored his dire warnings about COVID-19 and a malaria drug President Donald Trump was pushing for the coronavirus despite scant evidence it helped, according to a whistleblower complaint Tuesday.

Rick Bright, former director of the Biomedical Advanced Research and Development Authority, filed the complaint Tuesday with the Office of Special Counsel, a government agency responsible for whistleblower complaints.

He alleges he was reassigned to a lesser role because he resisted political pressure to allow widespread use of hydroxychloroquine, a malaria drug favored by President Trump. He said the Trump administration wanted to “flood” hot spots in New York and New Jersey with the drug.

Bright also said the Trump administration rejected his warnings on COVID-19, the disease caused by the virus. He said he “acted with urgency” to address the growing spread of COVID-19 after the World Health Organization issued a warning in January.

He said he “encountered resistance from HHS leadership, including Health and Human Services Secretary (Alex) Azar, who appeared intent on downplaying this catastrophic event.”

Bright alleges in the complaint that political appointees at the Department of Health and Human Services had tried to promote hydroxychloroquine “as a panacea.” The officials also “demanded that New York and New Jersey be ‘flooded’ with these drugs, which were imported from factories in Pakistan and India that had not been inspected by the FDA,” the complaint says.

But Bright opposed broad use of the drug, arguing the scientific evidence wasn’t there to back up its use in coronavirus patients. He felt an urgent need to tell the public that there wasn’t enough scientific evidence to support using the drugs for COVID-19 patients, the complaint states.

Last month, the U.S. Food and Drug Administration warned doctors against prescribing the drug except in hospitals and research studies. In an alert, regulators flagged reports of sometimes fatal heart side effects among coronavirus patients taking hydroxychloroquine or the related drug chloroquine.

The decades-old drugs, also prescribed for lupus and rheumatoid arthritis, can cause a number of side effects, including heart rhythm problems, severely low blood pressure and muscle or nerve damage.

The complaint said officials to whom Bright had complained had “refused to listen or take appropriate action to accurately inform the public” and so he spoke to a reporter who was working on a story about the drug.

He said he had to tell the public about the lack of science backing up its use, despite the drug being pushed by the president as press briefings, “to protect it from drugs which he believed constituted a substantial and specific danger to public health and safety,” the complaint says.

“As the death toll mounted exponentially each day, Dr. Bright concluded that he had a moral obligation to the American public, including those vulnerable as a result of illness from COVID-19, to protect it from drugs which he believed constituted a substantial and specific danger to public health and safety,” the complaint says.

On Jan. 20, according to the complaint, the WHO held an emergency call to discuss the novel coronavirus. It was attended by many HHS officials, during which WHO officials advised that “the outbreak is a big problem.”

Trump has accused the U.N. agency of mismanaging and covering up the spread of the virus after it emerged in China and said he would cut funding.

In the complaint, Bright says he wants to return to his position as the director and a full investigation.

A spokeswoman for HHS has said it was Bright who had requested an emergency use authorization for chloroquine and hydroxychloroquine. For his part, Bright said he had insisted that the authorization be limited to a restricted group of patients, those hospitalized with confirmed COVID-19 under the supervision of a doctor.