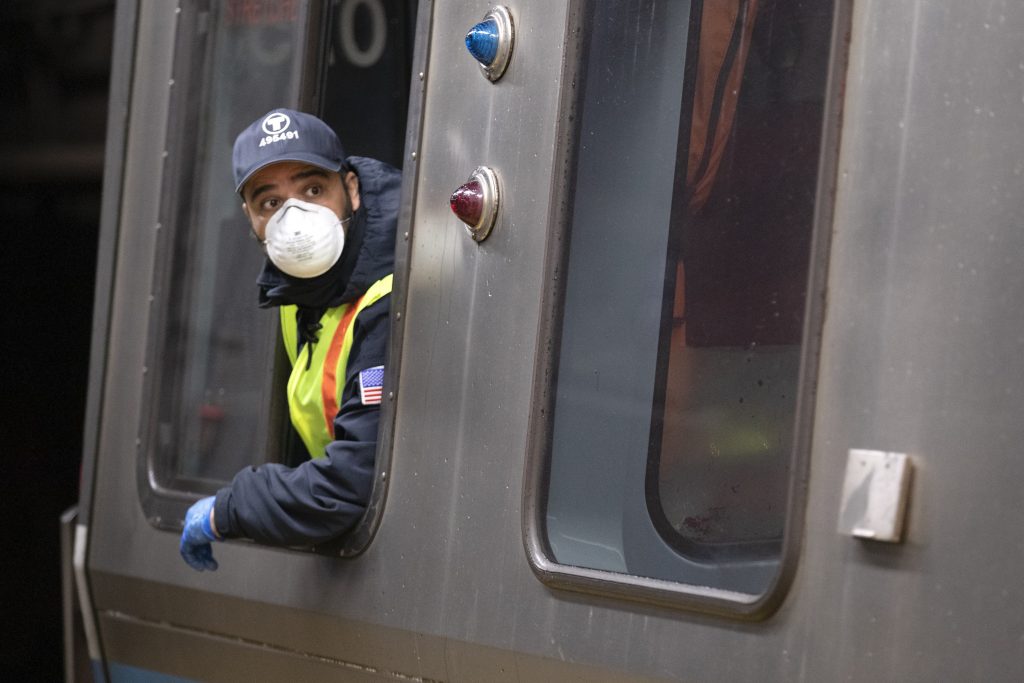 Before the pandemic, Boston commuters bonded over a slew of ills that plagued the nation’s oldest subway system, from delays and breakdowns to the occasional derailment.

With no clear predictions about when most riders will feel safe enough to return, public transportation networks from Washington to New York to Chicago are doing their best to hold on.

A few years ago, the city abruptly withdrew what was seen as a strong bid for the 2024 Olympics after incredulous commuters asked how it could even think about hosting the Games with a system that often can’t get them to work on time.

The Massachusetts Bay Transportation Authority, the nation’s fourth-busiest public transit system, is now running a modified Saturday schedule and has about 20% of its typical ridership on buses. On subways, ridership is just 8% of a typical pre-pandemic day.

Despite the skeletal ridership and declining revenue from advertising on buses, subways and trams, there’s been no talk of shuttering the system, even as the virus has sickened dozens of employees — mostly bus drivers — and killed one.

“We certainly have seen a durable level of ridership,” MBTA General Manager Steve Poftak said. “We get every indication from the timing of the trips that many of these folks are health care workers and health care personnel.”

The coronavirus aid bill approved by Congress and signed by President Donald Trump included $25 billion in public transit grants to help agencies contend with the coronavirus. MBTA chief financial officer Mary Ann O’Hara has said the system should be eligible for about $840 million of those funds. The beleaguered transit system — which was already struggling to replace 30-year-old subway and trolley cars — is projecting a $231 million budget deficit for the fiscal year that ends June 30.

The T, as it’s known locally, is looking to stretch those federal dollars. In part because of statutory base revenue it receives from the state, about three-fourths of the federal funds — well over $600 million — can be applied to the upcoming 2021 fiscal year, state Transportation Secretary Stephanie Pollack said.

“Some other transit agencies are being forced to use a higher proportion for their current fiscal year, and that’s not true for the T,” she said.

Joe Aiello, chair of the Fiscal and Management Control Board, said the T is also watching transit systems elsewhere.

“If there are some great ideas coming from other agencies, we should just steal them,” he said.

The MTA has upwards of 70,000 employees, about two-thirds of whom work for the subway. At least 95 employees have died from confirmed or suspected COVID-19 cases.

While it’s already received about $3.8 billion from the relief bill, the MTA asked for roughly the same amount to help cover an operating loss it estimates could reach $8.5 billion. Without additional federal funding, MTA head Patrick Foye said, “the present and future of the MTA are in serious jeopardy.”

An MTA-commissioned study estimated 60% of riders could return to the transit system by fall. But Foye acknowledged “no one really knows” if that will happen.

The pandemic arrived at a time when the proliferation of bike-sharing and ride-sharing services was already chipping away at subway ridership.

In Washington, officials with the nation’s second-busiest public transit system are using plummeting ridership to shut down stations and accelerate construction plans.

The Washington Metropolitan Area Transit Authority announced last month it will suspend Silver Line service and close nine stations in Northern Virginia from Memorial Day through fall to rebuild platforms and connect the Silver Line to the Metro’s existing network.

Even with the economic hit, few urban transit systems are trying to boost ridership now.

Some transportation systems, like the Chicago Transit Authority, are actively trying to discourage riders who aren’t on a critical mission. Others, requiring riders to enter and exit buses from the rear door to protect drivers, have abandoned some fare collection efforts altogether.

Even in the midst of the public health crisis, transit officials are beginning to think about the future — including how to ensure riders feel safe when maintaining a distance from others at rush hour is hard to imagine.

The MBTA is already providing bus drivers with a button to push if their bus becomes too crowded, allowing managers to transfer other buses to the area, transit officials said.