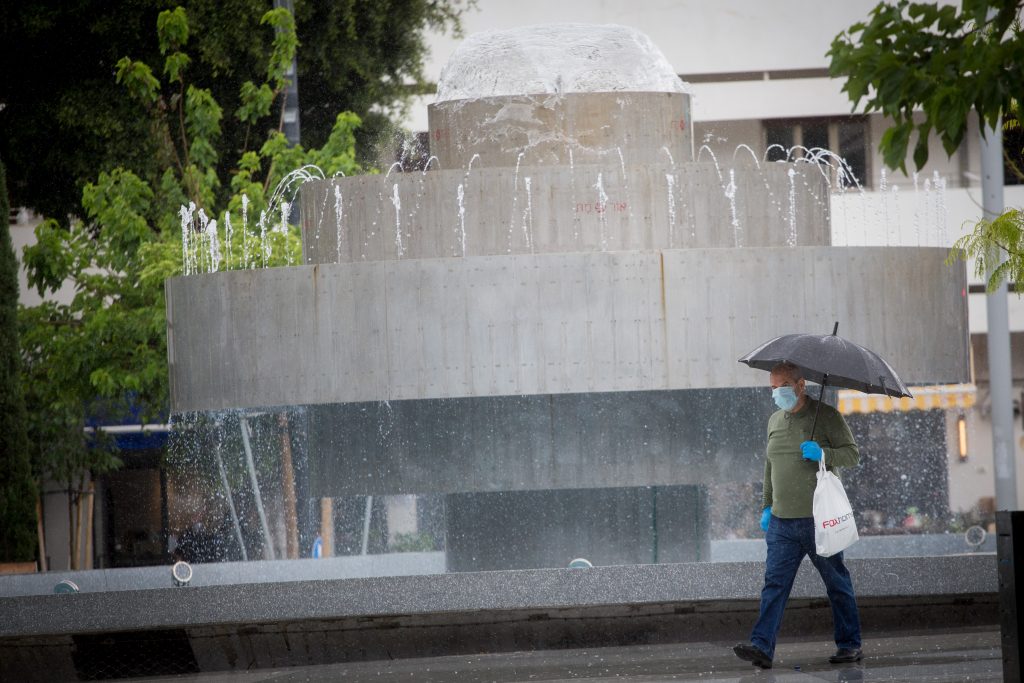 Unseasonable thunderstorms swept Israel on Tuesday, including some 828 lightning strikes, a record for May, when the average is 30, according to The Times of Israel.

The rain, which at times came in a heavy downpour, was expected to continue into Wednesday.

Parts of Highway 90 in the south were closed off to traffic Tuesday due to intermittent flooding. Strong hail was also recorded in the southern cities of Arad and Yeruham, while rains fell in most cities, including Tel Aviv and Yerushalayim.

The post-Pesach storm comes after an unusually wet winter. The Israel Water Authority said the last time the country saw two such rainy winters consecutively was over three decades ago, in late 1986- early 1988.

The rainfall has raised the Kinneret’s level 2.98 meters, leaving it at just 12 centimeters under the Upper Red Line marking it full on Tuesday morning.

The flow of water has been so heavy that the Water Authority decided to open a canal to divert five billion liters of water from the Kinneret to the southern Jordan River in April.