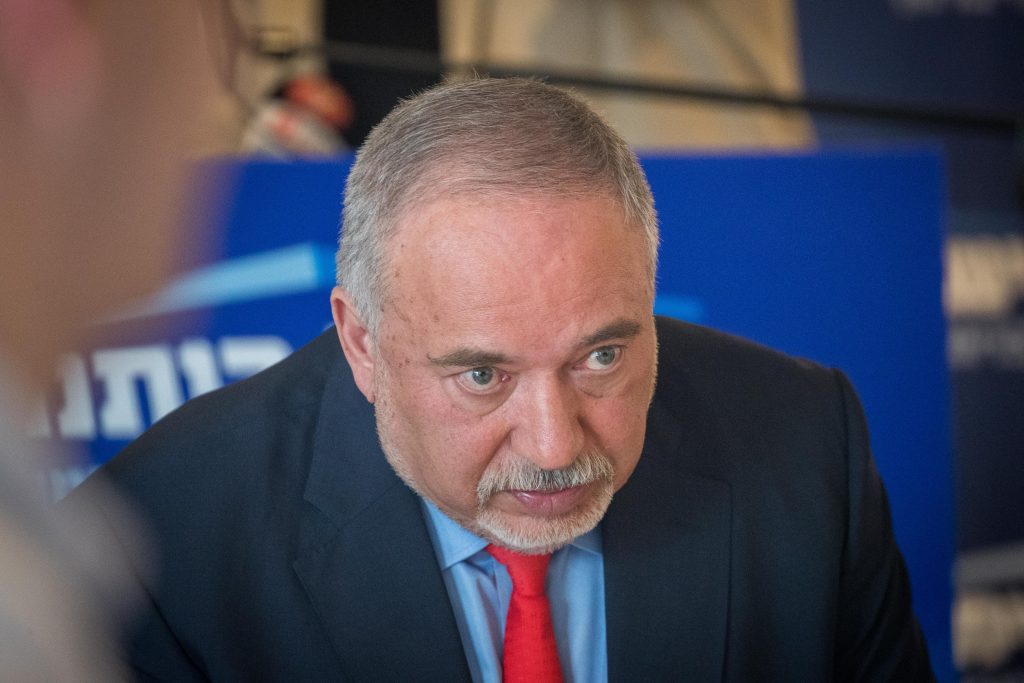 Yisrael Beytenu party leader Avigdor Liberman sought to reinsert himself into the country’s political conversation on Tuesday after being sidelined for weeks by the emerging unity government.

Liberman claimed that Israeli Prime Minister Binyamin Netanyahu‏‏’s true intention is to exploit the High Court intervention in the coalition agreement to call for a fourth round of elections. If the Likud and Blue and White fail to satisfy the judges with revisions to the agreement, elections would likely ensue.

“The prime minister is preparing the ground for elections. He probably came to the conclusion that that is best for him against the backdrop of the confrontation with the High Court,” he said.

“I think whoever looks at what has happened thus far knows: The only person capable of competing with Netanyahu is Avigdor Liberman,” Liberman told Ynet on Tuesday.

Liberman derided Netanyahu’s broadcast press conference the night before, in which he hailed the country’s progress in fighting the coronavirus as a “great achievement,” as an “election speech.”

Likud minister Tzachi Hanegbi in response noted that based on Liberman’s past predictions — which include an unfulfilled vow to kill Hamas political leader Ismail Haniyeh within 48 hours of becoming defense minister — “whatever he says will happen — the opposite happens.”

Netanyahu on Monday night openly admitted to the slow pace of the aid, which he attributed to bureaucratic obstacles, and pledged to correct the situation.

A court ruling that upsets the coalition deal would “increase the chances that we will be dragged to fourth elections, something that will be a catastrophe,” he said.