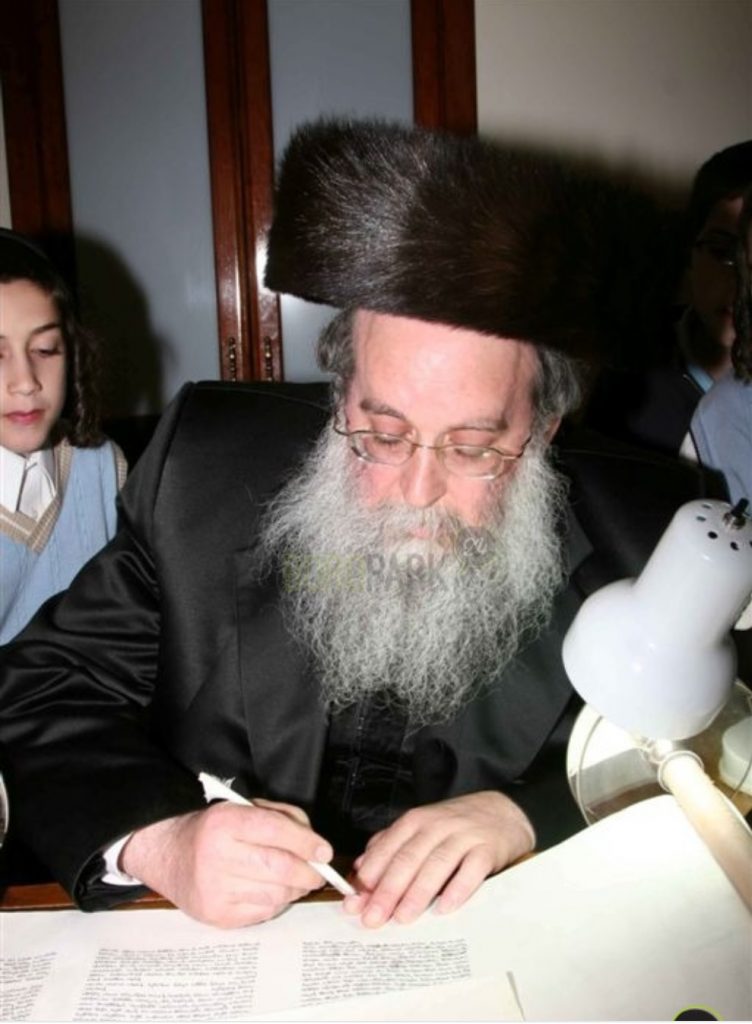 From the early days of his youth until his last, Harav Yonasan Binyamin Goldberger, the Bikovsker Rav, zt”l, yearned to learn and spread Torah throughout Klal Yisrael.

Rav Yonasan Binyamin was born 70 years ago, the son of Harav Pinchas Asher Goldberger, the Medyer Rav, zt”l, and ybl”c Rebbetzin Eidel, shetichyeh. Even before his bar mitzvah, at the tender age of 12, he was determined to learn Torah at a high level, and he asked to be accepted by in Mesivta Nachalas Yaakov, under the auspices of the Viener Rav, Harav Ezriel Yehudah Lebowitz, zt”l, despite the fact that the bachurim there were generally teenagers. He nevertheless subjected himself to the rigorous farher, and was accepted in the yeshiva.

When he was accepted and requested a seat in the shiur, he was told that there was no place for him. Not to be deterred, he approached the Chevra Kinyan Seforim, who were in charge of seating, and paid (what was considered a large sum in those days) of $10, and brought a chair from home, which he placed between the rows so he could be close to the Rav. In that spot he stayed for 3 years, as he grew exponentially in his learning.

At the age of fourteen and a half, he knew the entire Maseches Shabbos, and was able to recite it verbatim by heart with all the Rashi and Tosfos. At age 17, when the Rav once asked a question that stumped the older talmidim, he stood up and repeated the question and offered an appropriate answer. After hearing his answer, the Rav told his talmidim, “Alle zolen lernen fuhn Yonasan.” Although the Viener Rav was known to be very demanding from his talmidim, he showed a deep respect and affection for Rav Goldberger.

Rav Yonasan Binyomin continued on to Beis Medrash Elyon, where he learned for four years with ybl”c Harav Chaim Elazar Friedman, shlita (Tenke Rav) each morning at 4:00 AM. He shared a room with Harav Dovid Shustal, shlita (Bais Medrash Govoha) and learned with him as well.

Rav Yonasan Binyomin learned in Yeshivas Ponovez, where he stood out for his hasmadah. Since the seder in the yeshiva focused on lomdus and not halachah, he rose early each morning to learn Yoreh Deiah from 4:00 am until 7:00 am. After completing it, he received semichah from Harav Moshe Aryeh Freund, zt”l, the Gaavad of the Ediah Chareidis in Yerushalayim, as well as Harav Shmuel Wosner and Harav Dovid Jungreis, zichronam levrachah.

elderly at the time, stopped him by saying, “I do not want to be mishtameish (use) a talmid chacham.” Rav Yonasan Binyomin was but 20 years old at the time.

In 5749/1989, when Rav Yonasan Binyomin published one of his four volumes of his Shailos Uteshuvos Avnei Cheifetz, he received a warm haskamah from the Rosh Yeshiva, Harav Elazar Menachem Man Shach, zt”l. When he entered the room, Rav Shach stood up completely in his honor, and asked Rav Yonasan Binyomin, “Geb mir ah brachah.” In addition, he published his Sefer Bris Kerusah Le’sfasayim, which was later translated and published as Sanctity and Science: Insights into the Practice of Milah and Metzitzah.

When he came of age, he married, lhbch”l Rebbetzin Dvorah Leah, the daughter of the Bobover Rebbe, Harav Shlomo Halberstam, zy”a. Rebbitzen Goldberger is the founder and Menaheles of the Bnos Zion girls school in Boro Park. The Bobover Rebbe, zy”a, held him in great esteem.

After his marriage, he learned in the Bobover Beis Medrash, where other yungeleit learned as well, but were not organized as a formal kollel. He founded the Bobover Kollel and served as the Rosh Kollel for many years, and took full financial responsibility for paying the monthly stipends. In addition, he offered extra bonuses for those who excelled on written bechinos, an innovation which he implemented. He also provided extra stipends prior to the Yomim Tovim, and raised the funds for this as well.

During these years, the Kollel produced may talmidei chachamim who went on to serve the community as Rabbanim, dayanim, and morei horaah. He was once approached by a yungeman who showed great promise and had been learning in the Kollel for several years, who informed him that due to his financial situation, he felt obligated to seek parnassah and leave the Kollel. Rav Goldberger foresaw that this person would achieve greatness, and he arranged for him to be appointed as a Rosh Chaburah, a position which would give him a salary which would allow him to continue. Of course, the additional salary was raised by Rav Goldberger himself. Today, this yungeman is a moreh horaah who has written several sifrei halachah.

Rav Yonasan Binyamin was a renowned mohel, who performed thousands of brisos before he took ill several years ago.

In 5764/2004, several years after the petirah of his father-in-law, he founded his beis medrash on 59th Street which he named Bikovsk, after the town where the first Bobover Rebbe, zy”a, served as Rav in his youth. Even after suffering a stroke six years ago, he continued to lead this kehillah with great mesirus nefesh.

Rav Yonasan Binyomin took ill before Purim, and after being hospitalized and rehab, he returned home several days ago. He was niftar at home in the presence of his family on Monday, 10 Iyar, and his levayah was held late Monday night in Boro Park, via his beis medrash and via the Bobover beis medrash. Kevurah was near the ohel of the Bobover Rebbes, zy”a, in Deans, New Jersey.