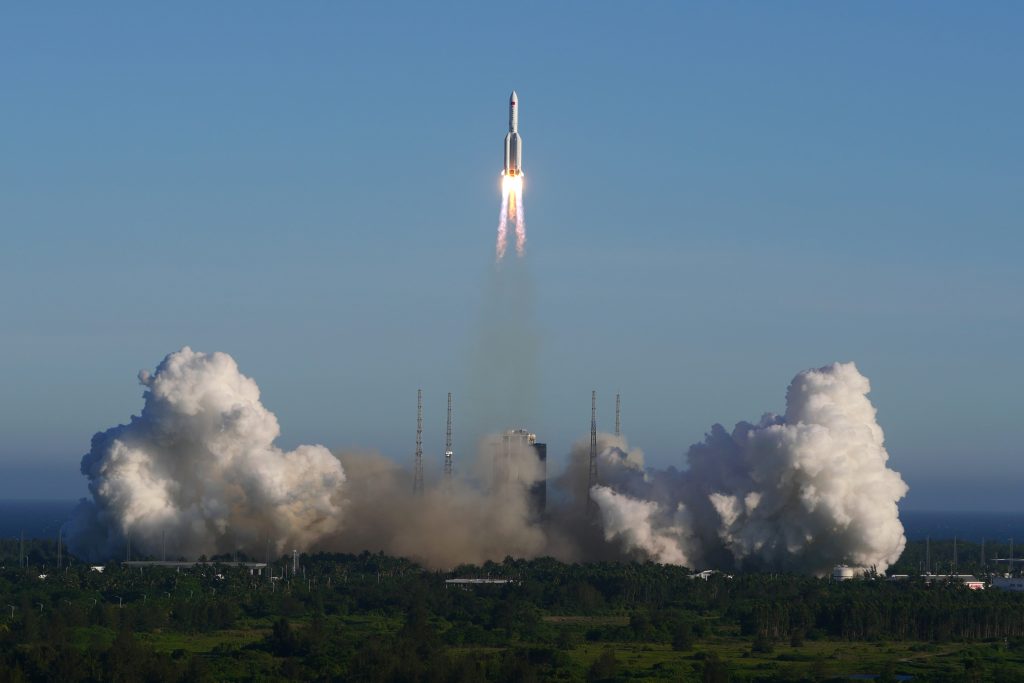 The Long March-5B carrier rocket took off at 1800 local time (1000 GMT) at the Wenchang Space Launch Center in the southern island province of Hainan. It was the first mission carried out by the Long March-5B, CCTV reported, citing the China Manned Space Engineering Office.

The Long March-5B – with a length of about 53.7 meters and take-off mass of about 849 tons – was also carrying an inflatable cargo return module.

China said in March it was aiming to launch an experimental spacecraft without a crew as part of a broader spaceflight program to shuttle astronauts to its future space station and for future manned space exploration. The launch was earlier scheduled for mid- to late April.

China aims to complete a multimodule, inhabited space station around 2022. It became the third country to put a man in space with its own rocket in 2003 after the former Soviet Union and the United States.

China has since been racing to catch up with Russia and the United States to become a major space power by 2030.