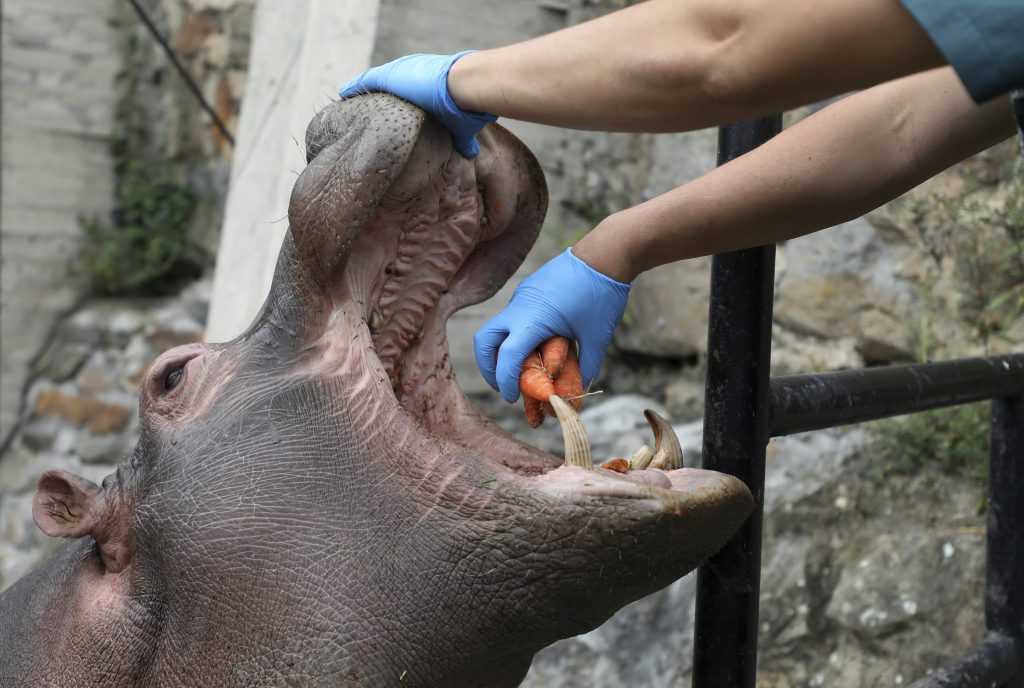 The Phoenix Zoo, struggling like others worldwide during coronavirus closures, has found an unlikely savior in a sloth.

While Fernando may be a slow mover offline, the 4-year-old Linne’s two-toed sloth has risen rapidly on the internet. Since Fernando joined Cameo, a video-sharing platform where people pay for celebrity shoutouts, the zoo has received 150 requests for a personalized clip. His popularity let the zoo boost his fee from $25 to $50.

“I think we’ve gotten more creative, kind of thinking a little bit outside the box. We’re trying things we never have before,” said Bert Castro, Phoenix Zoo’s president and CEO.

Social media is one way zoos worldwide are engaging with people who can no longer visit — their main source of income — and raise some much-needed cash. Zoos and aquariums have brought adorable distraction by posting photos and videos of animals, but the closures mean they’re still in jeopardy. While a smattering of zoos, from Utah to Germany, have started reopening with social distancing rules, there’s no telling when they will reach their usual levels of visitors and revenue.

Besides jobs, the well-being of the animals is at stake.

“They can’t just send their employees home and turn off the lights and lock the doors. They have to care for animals,” said Dan Ashe, president of the Association of Zoos and Aquariums.

The association’s 220 U.S. zoos and aquariums, which typically host a combined 200 million people annually, all closed, Ashe said. A recent survey showed more than 60% have laid off or furloughed employees.

About 60% of its members have applied for loans through the federal coronavirus relief package intended to limit layoffs at small businesses and nonprofits.

The Phoenix Zoo, a $1 million-a-month operation, has been losing $80,000 a day since shuttering March 18, Castro said. The facility in the nation’s fifth-largest city has been approved for $2.7 million in loans under the federal program and has raised hundreds of thousands online for its 3,000 animals.

Castro believes behind-the-scenes social media videos make people feel more connected to the zoo. In the past month, viewership has spiked 350%, and its social media following is growing. Fernando’s Cameo appearances may be a tiny boost, but “it’s so popular we’ll continue it for as long as we can,” Castro said.

The Oakland Zoo in the San Francisco Bay Area recently brought back more than 200 full-time employees — at least until June — after getting loans under the federal program. It also started an online subscription program offering daily behind-the-scenes videos with animals and zookeepers. It’s $14.95 a month; $9.95 for zoo members.

“Our objective is to just make it to the point where they allow us to reopen for business and the people can come and enjoy the animals,” zoo president Joel Parrott said.

“It’s the opportunity to highlight species that often don’t get high-profiled,” CEO Dolf DeJong said. “For us, it’s being able to talk about Blanding’s turtles, an endangered species from our community that we’re breeding.”

California’s Monterey Bay Aquarium is captivating people by live-streaming African penguins and sharks. It also created videos for meditating to sights and sounds of ocean creatures. Divers jazzed up their kelp forest maintenance routine with a dance in a popular video.

The financial scramble is reverberating for zoos worldwide.

Bioparque Estrella, a safari theme park outside Mexico City, is hoping to get by with enough funding until a tentative reopening this month. It’s been using social media primarily to promote reduced-price advance tickets. More than 1,000 tickets have been sold — far below the 10,000 visitors seen in April last year.

In Germany, the government is letting zoos reopen with social distancing restrictions. Zoos were trying reduce costs during the closures — the biggest being staff salaries — and some sought public donations, said Volker Homes, head of Germany’s Association of Zoological Gardens.

Recent reports that a cash-strapped German zoo planned to feed some animals to others sparked outrage. But Homes said last month that there’s no reason to fear for any animal’s safety.

In Poland, where zoos have been closed since mid-March, the lack of income from tickets is threatening their future, and they’re asking people for financial support.

Private-owned zoos are in especially dire straits. The popular Zoo Safari in central Poland, known for breeding rare white lions and tigers, lost most of its income overnight. It’s offering advance ticket vouchers for the 2020 and 2021 seasons to help fund care for its 600 animals. It also launched a crowdfunding page.

The ZSL London Zoo has used social media to promote itself and front-line workers. It’s near several hospitals and has let medical employees use its parking lot, where many glimpse giraffes Maggie and Molly through the fence during lunch breaks, according to the zoo’s social media. It’s shared photos and videos of the giraffes in front of a sign honoring medical workers.