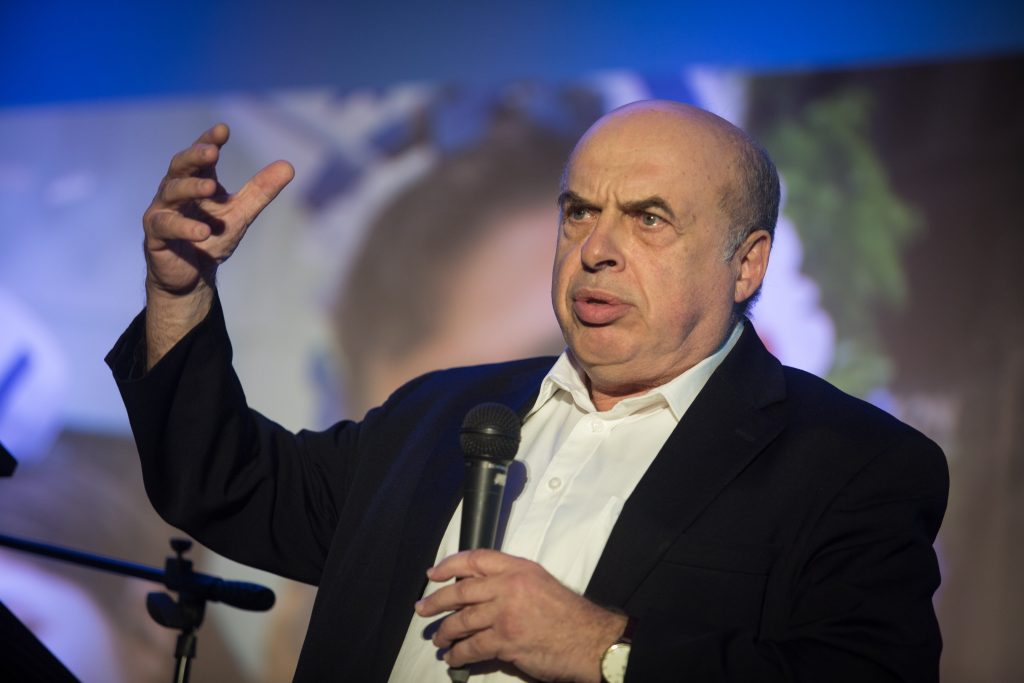 Former Soviet dissident Natan Sharansky, winner of the 2020 Genesis Prize, announced Monday that he will donate the $1 million award to organizations fighting the coronavirus pandemic and assisting people most affected by the outbreak.

In a statement released by prize organizers, Sharansky said he would support organizations in Israel and abroad, some delivering immediate relief to victims and others pursuing longer-term research against the disease. In forgoing the prize money, he follows a tradition set by previous winners.

“Many people of good will around the world have given generously to help organizations and individuals who have been devastated by COVID-19. I am grateful to have the opportunity to contribute to this humanitarian effort,” Sharansky said.

The $1 million award is granted each year to a person recognized for outstanding professional achievement, contribution to humanity and commitment to Jewish values.

Sharansky rose to prominence in the 1970s as a dissident in the Soviet Union, where he worked closely with human rights activist and Nobel Peace Prize winner Andre Sakharov. He was a founding member of the Helsinki Group, which monitored rights abuses by the Soviets, and became one of the best-known “refuseniks,” Soviet Jews who were denied permission to emigrate to Israel.

In 1977, Sharansky was imprisoned on fabricated charges of spying for the United States. He spent nine years in prison, serving much of that time in solitary confinement.

Sharansky was freed in a prisoner swap in 1986 after an intense international campaign led by his wife, Avital, and immediately moved to Israel.

The following year, he led a demonstration in Washington where, on the eve of a visit by Soviet leader Mikhail Gorbachev, some 250,000 Jews called for an end to persecution of Soviet Jews and for the freedom for them to emigrate. Gorbachev subsequently opened the country’s borders, clearing the way for an estimated 1.6 million Jews to emigrate.

In Israel, Sharansky has spent a lengthy career in politics and public service. He also has authored three books and received a number of prestigious recognitions, including Israel’s highest award, the Israel Prize, as well as the U.S. Presidential Medal of Freedom and Congressional Gold Medal.