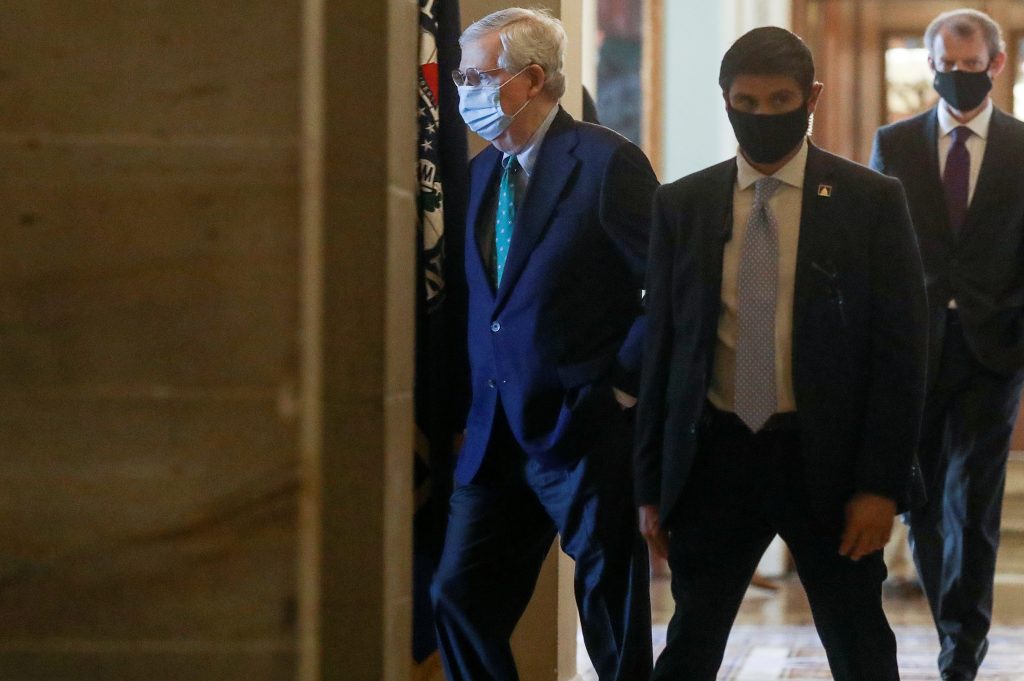 U.S. senators returned to Washington for the first time in nearly six weeks on Monday, amid concerns that their legislative sessions could put lawmakers and staff at risk of contracting the new coronavirus.

The Senate reconvened at 3 p.m. ET, and party leaders immediately raised partisan differences over the next step in how to combat the pandemic, nominations for senior government posts put forward by President Donald Trump and the decision to come back to the Capitol.

“As we return to work under the cloud of crisis, Senate Republicans should concentrate on helping us recover from COVID-19, not confirming right-wing judges or protecting big businesses that threaten to put workers at serious risk,” Schumer said.

Democrats and Republicans are at odds over the contents of any new coronavirus legislation. Democrats want up to $1 trillion to help state and local governments. Republicans are demanding liability protections for businesses, as a condition for moving forward on any bill.

With Washington still under a stay-at-home order, lawmakers were advised by the congressional physician to wear masks, stay six feet apart and limit the number of staff on Capitol Hill.

The first real test of the recommendations will come at 5:30 p.m., when senators are to vote on Robert Feitel’s nomination to be inspector general of the Nuclear Regulatory Commission.

The Democratic-controlled House of Representatives chose to remain in recess this week because of potential health risks.

With some Democrats warning that the Senate’s return could risk spreading the virus, the Trump administration last week offered Congress 1,000 coronavirus tests.

McConnell and House Speaker Nancy Pelosi turned down the offer over the weekend, which drew fire from Trump.

“By Congress not wanting the special 5 minute testing apparatus, they are saying that they are not ‘essential,'” Trump wrote on Twitter.