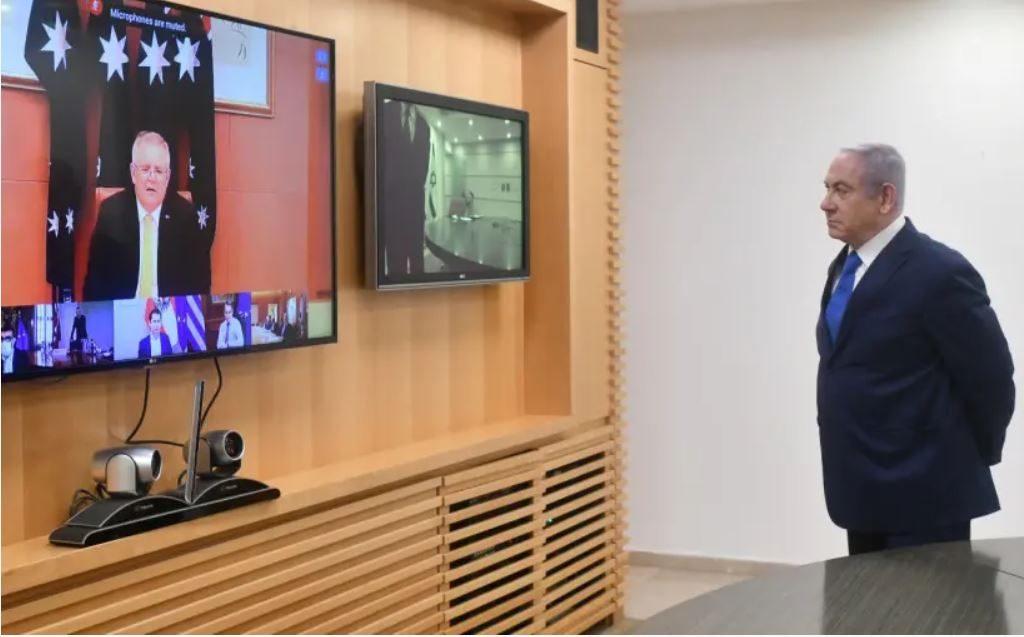 Israeli Prime Minister Binyamin Netanyahu‏‏ told the nation on Monday evening that in light of dramatic improvements in the pandemic situation, it will be possible to continue to relax distancing regulations and make a full return of the economy and the educational system.

In his first broadcast address in weeks, Netanyahu outlined a gradual plan aimed at removing all restrictions on movement by the middle of June.

”We have invested a large national effort to curb the virus and have achieved very great success. On March 18, we were at 118 daily cases that grew to 729, and it has since dropped to 31,” he said.

“We are still limiting gatherings to no more than 20 people and only in open spaces, but if everything goes well, in two weeks, we will increase it to 50. Because Lag Ba’omer has many weddings, we will allow weddings of up to 50 people,” he said.

“On May 31, 100 people will be allowed and on June 14, we will abolish the restrictions altogether, assuming that no red light is lit.”

The prime minister announced that grandparents and grandchildren can get together, but cautioned against hugging and kissing.

“The 100-yard restriction is cancelled and you can leave the house, whenever you want,” he said.

Shopping malls and markets will be permitted to reopen this Thursday, under certain restrictions; takeout will be allowed, but no eating in the public spaces.

Kindergartens could restart on Sunday, but pre-school daycare awaits a decision. On June 14, informal education and higher education will return to normal.”

The prime minister adds: “We are gradually bringing back sports and leisure, and we will be publishing precise guidelines on opening parks. The same is true for bed-and-breakfast inns.”

He stressed that relaxation of the restrictions would depend on the data. If the Health Ministry sees signs of a resurgence of the coronavirus, there might have to be a reimposition of restrictions.

Netanyahu says that Israel will have to reassess enforcing social distancing measures if one of three criteria are met: 100 new coronavirus cases a day, a doubling of cases within 10 days, and 250 serious cases in hospitals.

Netanyahu noted that the coronavirus could yet make a comeback, fiercer than the first round, though he hopes and prays it will not happen. But people must be aware of the possibility and be prepared for it.

He acknowledged that the financial support for small business owners and the self-employed have not met their need in a timely manner, for which he blamed bureaucratic obstacles. He promised the money would be delivered as soon as possible.

Netanyahu congratulated Israelis on “a great achievement,” and saluted the early steps taken to enforce social distancing, the “great dedication” of health workers, and the “compliance” of the public in following the rules.

Monday’s speech followed a government meeting lasting some nine hours, he said, as he thanked the ministers, deputy ministers, their staffs and all the health professionals who worked night and day to formulate a successful response to the pandemic.