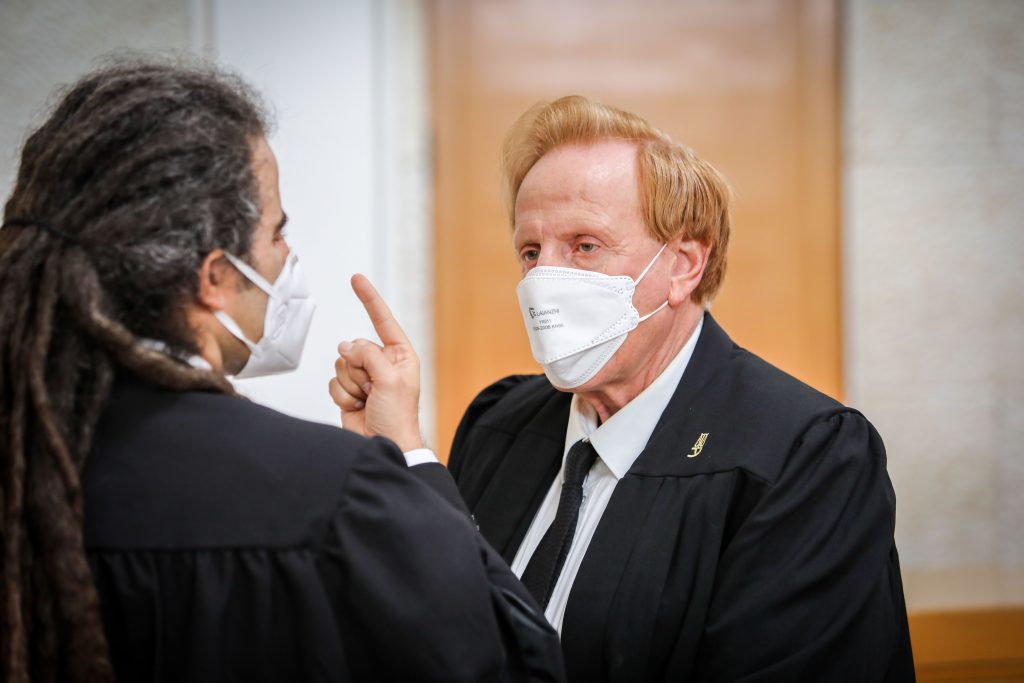 After a nine-hour session, High Court hearings on the legal legitimacy of Israel’s proposed new government were concluded on Monday evening, and the country will have to wait a day or two before the judges hand down their decision determining the fate of the electoral process.

On Monday, the expanded 11-judge panel in robes and masks heard arguments from petitioners on the alleged unconstitutionality of certain provisions of the coalition agreement. At issue, among other items, was a clause saying that during the first six months only coronavirus-related legislation would be advanced, and another stipulating no senior officials would be appointed on a permanent basis.

The Court rebuffed requests for a swift ruling, saying that it will wait for legislation aimed at enabling the rotating premiership and other matters to pass the Knesset before it rules.

“The court does not hand down pre-rulings even if the parties want it. The court is not an insurance certificate,” said Justice Menachem Mazuz.

“The petitioners’ desire to have everything decided here and now does not apply to us,” added Justice Uzi Vogelman.

As on the first day of hearings Sunday, the judges rebuked attorneys for the petitioners who continued to make pleas to block PM Netanyahu from forming a government on moral or political grounds. Such arguments were brushed aside at one point as being “irrelevant,” for lack of basis in law.

There were indications, however, that the panel was taking seriously the legality of some parts of the coalition agreement.

The judges seemed critical of the clause that bars the appointment of senior officials during the first six months.

“What does coronavirus have to do with the appointment of senior officials, such as the police chief, a post that for the past year and a half has been filled by an interim official?” asked Chief Justice Esther Hayut.

Justice Vogelman noted that after three inconclusive elections and 18 months of interim governance, such appointments cannot wait any longer.

Another objection to the six-month emergency period came from Justice George Kara, who asked: “What if the virus period extends past six months?”

Likud attorney Avi Halevy responded that in that event, the government would be forced to extend the emergency period.

Seeking to dissuade them from invalidating that or any other clause, the lawyer representing Netanyahu, Michael Rabilo, told the court that striking down a single clause could result in the whole deal coming apart.

“The agreement is a fabric; it has checks and balances that we have to maintain. Disqualification of any component of the agreement can lead to the entire agreement being invalidated. In the complex reality we are in, I ask the court to act with restraint and not intervene,” he said.

Subsequently, on Monday evening, when asked about the hearings, Prime Minister Binyamin Netanyahu‏‏ said that he won the election and that any intervention by the court would be “against the will of the people.”

“I was elected by a majority vote: the Likud, headed by me, received more votes than any party in the history of the state. There is a huge majority of the people and in the Knesset who want the government we are going to form,” he said.